Out Now: David Bowie, SPYING THROUGH A KEYHOLE 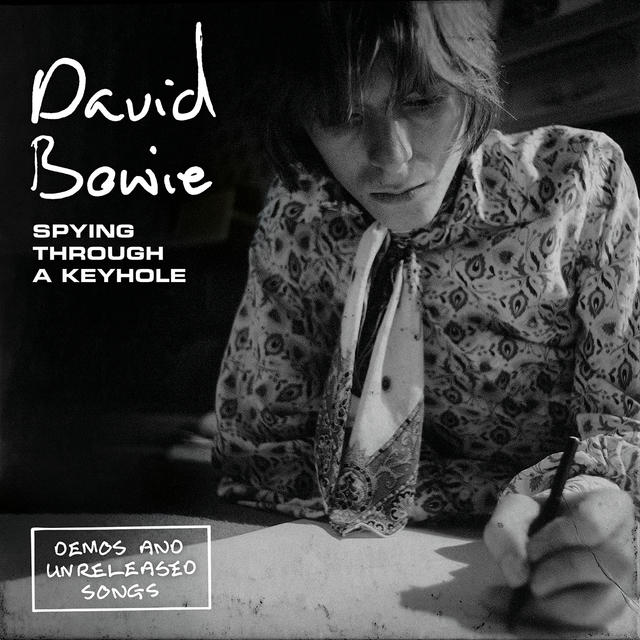 This year marks the 50th anniversary of David Bowie’s first hit single, “Space Oddity” (you know, the one that starts off with him crooning, “Ground Control to Major Tom…”), and to commemorate the occasion, Parlophone has just released SPYING THROUGH A KEYHOLE, a box set of 7” vinyl singles featuring nine previously unreleased – well, at least in any physical capacity, anyway – from that very era.

The recordings are, for the most part, solo vocal and acoustic home demo performances, and aside from a brief streaming stint, they’ve never been officially available. That’s all changed now, of course, as they’ve been packaged in a box which features a photo by Ray Stevenson that was taken in 1968 in Tony Visconti’s flat.

Here’s the full track listing of the set:

This mid-tempo tale of a fledgling son fleeing the nest features multi-tracked vocals, guitars and harmonica from Bowie.

A charming demo from 1968 not to be confused with "Threepenny Pierrot," a song performed by Bowie captured for posterity in the Scottish TV production of Pierrot In Turquoise early in 1970.

A delightful love song from whence the title of this collection came: "I see a pop tune spying through a keyhole from the other room."

An early demo version of the song with completely different lyrics in a couple of the verses compared to those of the later full band versions.

The first and only previously known demo of this song.

A later version of the same song with alternative lyrics.

The lyric and arrangement variations lend weight to the theory that this fragment is possibly the first ever recorded demo of one of Bowie's most famous songs.

Originally conceived as a song for a duo to perform, this is the first known version to feature John 'Hutch' Hutchinson again with lyric and arrangement variations.

Spying through a Keyhole