Out Now: Jet, GET BORN and SHINE ON

Believe it or not, it’s been almost 14 years since the Australian band known as Jet released their debut full-length album, GET BORN. Recorded at Sunset Sound Studios in Los Angeles with producer Dave Sardy, then riding high from his work with Marilyn Manson, The Dandy Warhols, and Bush, the album grabbed the attention of listeners immediately with its first single, “Are You Gonna Be My Girl,” which hit #29 on the Billboard Hot 100, #7 on the Mainstream Rock Tracks chart, and #3 on the Modern Rock Tracks chart. From there, they found further success with “Look What You’ve Done,” which provided the band with another top-40 hit (at #37) and matched the #3 Modern Rock Tracks showing of the previous single, but “Cold Hard Bitch” actually topped both the Mainstream and Modern Rock Tracks charts, which is pretty remarkable.

Rhino is reissuing Jet’s GET BORN – wait, so does that mean it’s GET REBORN now? – as a deluxe edition, one which includes a second disc of B-sides, live tracks, and rarities. In short, if you’ve loved the album before, you’ll love it even more now.

Here’s the full track listing for your perusal, so you’ll be fully prepared to plunk down the requisite funds tomorrow!

Wait! There’s more! In addition, Rhino is also reissuing Jet’s second album, SHINE ON, in a deluxe edition, one which features the original album on Disc 1 – including the singles “Bring It on Back,” “Put Your Money Where Your Mouth Is,” and “Rip It Up” – and then offers a second disc which offers up nine tracks worth of B-sides, demos, and remixes. 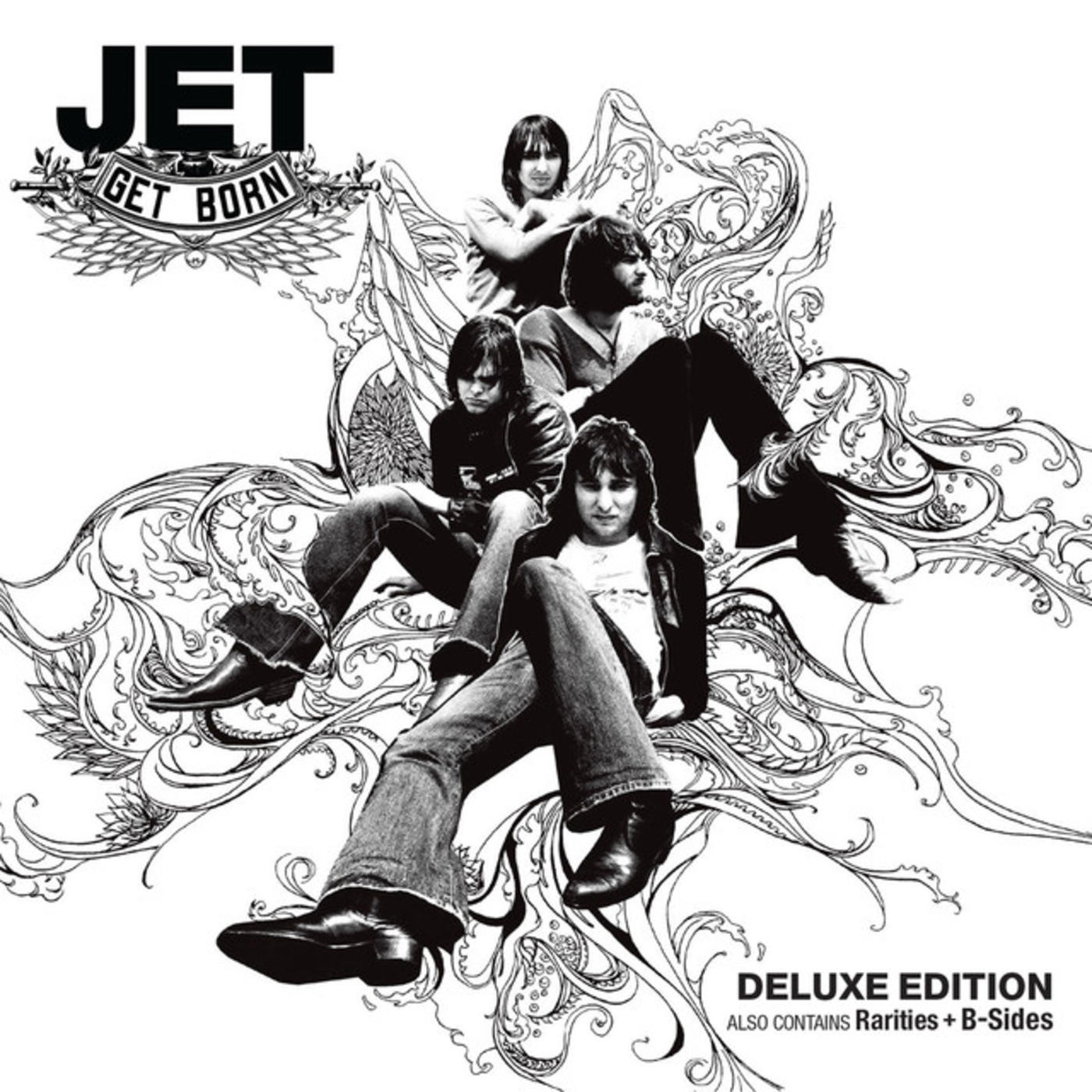