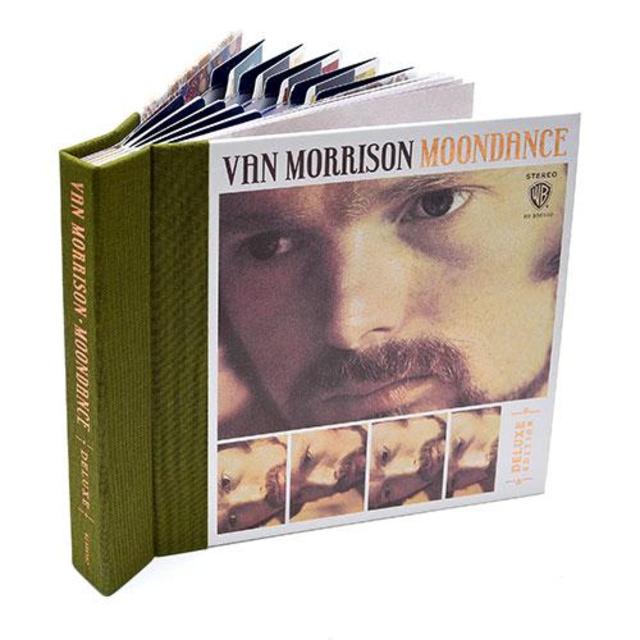 Van Morrison’s Classic Revisited With Five-Disc Deluxe Edition Loaded With Unreleased Takes From The Sessions, Including the Lost Track “I Shall Sing”

In the fall of 1969, Van Morrison entered the studio to record MOONDANCE, the album that would soon become his commercial breakthrough and one of the most beloved recordings of all time. Fans will soon have the rare opportunity to experience this classic album like never before with the newly remastered and expanded version featuring 50 unreleased tracks including studio outtakes of favorites like “Caravan, “Moondance” and “Into The Mystic,” plus multiple takes and a final mix of the unheard track “I Shall Sing.”

The Deluxe Edition unearths an amazing trove of unreleased gems that take the listener right alongside Morrison and his band in studio. There are multiple, often lengthy, takes from the recording sessions of nearly every track found on the 1970 original, including “Glad Tidings,” “Brand New Day” and “Come Running.” There are also early takes of “I’ve Been Working,” a song that would appear later that year on His Band And The Street Choir. The early version included here is quite different from the official album version. The Deluxe Edition also includes a Blu-Ray audio disc with high-resolution stereo and surround mixes of the original album, mixed by original engineer Elliot Scheiner, who also oversaw the new re-mastering of the album.

One of the most significant revelations is “I Shall Sing,” a Morrison original that was completed but left off the album. There are multiple takes of the song (spread across six tracks), plus a final mix of the finished song. While no one has heard Morrison’s version, Art Garfunkel had a Top 40 hit with the song, which appeared on his 1973 solo debut.

Following its release by Warner Bros. in February 1970, MOONDANCE would later be certified triple platinum by the RIAA, inducted into the Grammy Hall of Fame (1999) and named #65 on the list of the “500 Greatest Albums of All Time” published by Rolling Stone (2003).