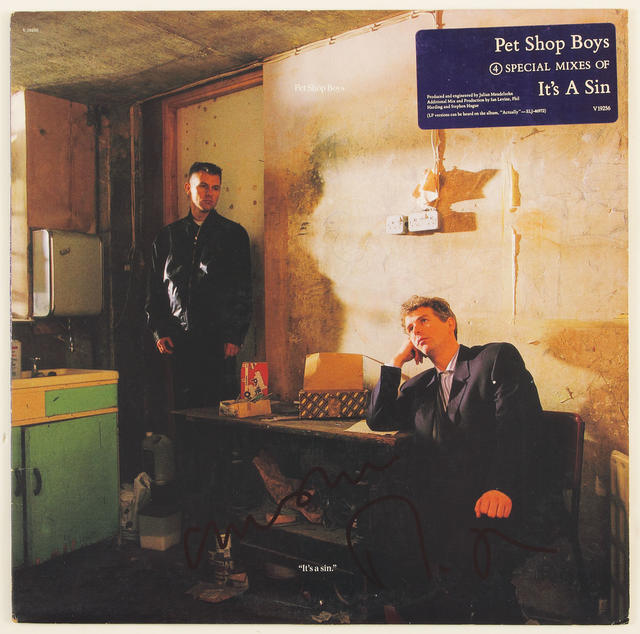 After having global success with the band's breakout debut album, Please, the Pet Shop Boys decided when it was time to create the lead single for the pivotal second album, Actually, Neil Tennant and Chris Lowe wanted to go big. Really big.

"The whole overblown production style was them telling me they wanted it overblown," producer Julian Mendelsohn told Sound on Sound in 2010. "And I was quite good at being overblown at that time. So was Andy Richards, who could be quite over the top," he added in regards to the track's Fairlight and keyboard programmer. "He did a lot of the programming on [Frankie Goes To Hollywood's] 'Relax' and a bit on 'Two Tribes', so there was a fair bit of Andy in 'It's A Sin'. He created that thunder sound on a Roland keyboard, and as things kept getting added, the two of us got quite carried away. There was no game plan; we just tried things, and if they worked, they worked, and if they didn't, we chucked them."

Tennant's cutting lyrics for "It's a Sin" were a reflection of his own very real experiences at Catholic school. According to the singer, the song's message took on a life of its own: "People took it really seriously; the song was written in about 15 minutes, and was intended as a camp joke, and it wasn't something I consciously took very seriously," he told OUT (via The Atlantic) in 2009. "Sometimes I wonder if there was more to it than I thought at the time. But the local parish priest in Newcastle delivered a sermon on it, and reflected on how the Church changed from the promise of a ghastly hell to the message of love."

Released as a single on June 15, 1987, "It's a Sin" exploded on radio airwaves and nightclub dance floors around the world. In the band's native England, the bombastic track soared straight to #1 on the Singles chart. In America, it crashed the top 10 of the Hot 100, peaking at #9 for the week of November 14, 1987. The top tune in America that week: Tiffany's "I Think We're Alone Now." Over on the Dance Club Songs chart, it hit #3.

"Neil Tennant and Chris Lowe were great people to work with," Mendelsohn said of the experience. "Pretty easy going, no stress, lots of ideas, always great tunes. What more can you ask for? If you're an engineer, it's the material you're given that supplies you with a good or bad sound. Of course, if you're a producer like Trevor Horn, you can take anything and mold it into something fantastic, but for the engineer it's what you're given from the other side of the microphone that serves as the basis of what you're going to end up with, and in that regard the Pet Shop Boys' material and performances of that material was hard to beat."