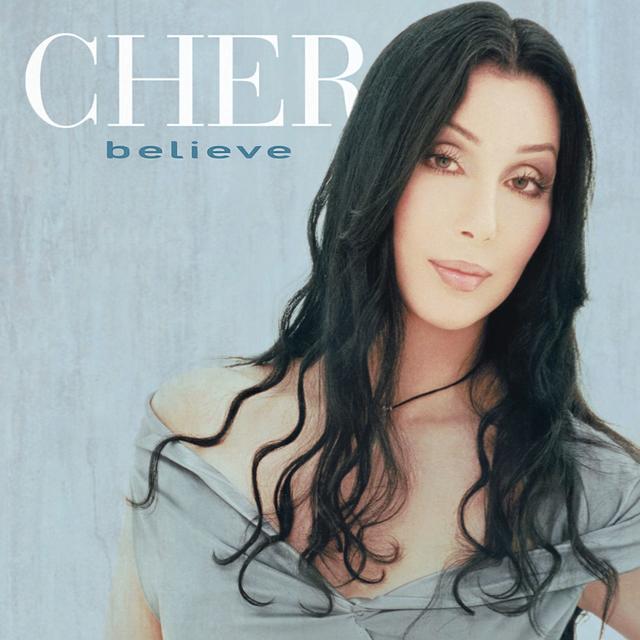 It’s Pride Month, an annual event which began as a way to memorialize the Stonewall Riots of 1969, but has evolved into an opportunity for a monthlong celebration of the world's LGBT communities and their freedom to be themselves. Here at Rhino, we’re using the month to celebrate some key songs which can regularly be heard during such celebrations, and today we’re spotlighting the song that provided Cher with a career-high comeback.

What’s most unbelievable about “Believe” is that it took months for its original songwriters – Matthew Gray, Brian Higgins, Stuart McLennen, and Timothy Powell – to find someone who was even interested in recording the song. The demo eventually found its way into Cher’s camp, at which point two additional songwriters – Steve Torch and Paul Barry – entered the composition process and turned it into the song you know and love.

After the song was fully written, producers Mark Taylor and Brian Higgins followed the directives of Cher’s executive producer, Warner Brothers chairman Rob Dickins, and turned it into a dance song. The big thing that made “Believe” stand out was the sound of Cher’s voice and the effect that was placed on it, but contrary to past reports, it was not the work of a vocoder but, rather, Auto-Tune turned up to 11 (or some setting well beyond the norm, anyway).

As it happens, Warner Brothers originally hated the way Cher’s voice sounded and wanted the effect removed, but per a New York Times interview with Neil Strauss, she replied, “Over my dead body!” Thankfully, she lived, the label kept the effect, and everybody ended up with a #1 hit.

Beyond being the oldest female artist to achieve a #1 hit on the Billboard Hot 100, Cher set a few other records with “Believe.” She set the record for a solo artist with the longest span of time between #1 hits (her previous chart-topper, “Dark Lady,” was released in 1974) and the record for the longest gap between her first #1 song (Sonny and Cher’s “I Got You Babe” was released in 1965). It went on to rank as the #1 song of 1999 on both the Billboard Hot 100 and the Hot Dance Club Play chart, and it was incredibly popular in the UK as well, spending seven weeks at #1, winning three Ivor Novello Awards (Best Selling UK Single, Best Song Musically and Lyrically, and International Hit of the Year), and – in 2014 – it became the first female solo single to be certified Triple Platinum in the UK.