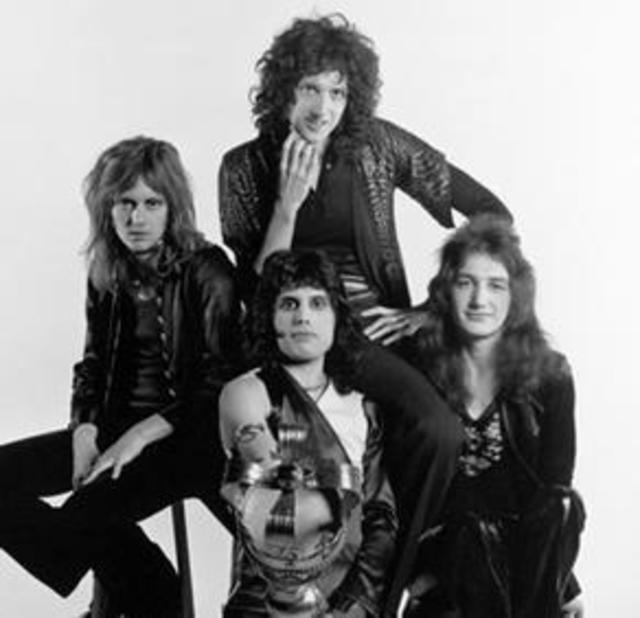 Queen represented rock's bombastic pinnacle. Melding glam-rock with hard-rock, the group's ornate, multi-tracked recordings and in-your-face songs resulted to worldwide sales of more than 130 million records. Queen took flight in the Seventies, embodying the thrills and excesses of that decade. "We're the Cecil B. DeMille of rock and roll, always wanting to do things bigger and better," said vocalist Freddie Mercury. Exhibiting a keen intelligence and capacity for reinvention, Queen drew from contemporary music, visual media and pop culture, blowing it all up into a multimedia spectacle grounded in solid rock.Beyond the flamboyant exterior, however, there was genuine power and daring in their music, which ranged from the neo-rockabilly swagger of "Crazy Little Thing Called Love" to the driving disco-funk of "Another One Bites the Dust." Queen concocted a densely layered rock operetta, "Bohemian Rhapsody," that is among the most ornate productions in music history. They also served up crowd-pleasing chants like "We Are the Champions" and "We Will Rock You," which have both become anthems in the world of sports.The group formed in London in 1971. They came to music from university studies in such far-ranging disciplines as art, biology and astronomy. In keep with their regal vision, the nascent quartet foreswore the usual humbling rounds of pub and club gigs, working privately on a more theatrical, stage-ready presentation. Their first public concert took place in 1973 before an audience of invited guests at a London college. Eight years later, in March 1981, they would perform in Sao Paulo, Brazil, on consecutive nights to audiences numbering 131,000 and 120,000 - the largest paying crowds ever to hear a single band. In 1985, they played to a quarter of a million people at the Rock in Rio festival. That same year, they delivered an electrifying segment at the Live Aid benefit concert, seen by a TV audience of hundreds of millions.Clearly Queen was a band born to play stadiums. A specially designed stage prop - a 5,000-pound lighting rig shaped like a crown - accompanied them on tour. "The stage is designed to cope with the venues we're playing in, to get the optimum out of those places," explained drummer Roger Taylor. "The more the merrier," said guitarist Brian May of Queen's stadium-filling mass appeal.Excepting live albums and hits compilations, Queen released 15 studio albums of original music between 1973 and 1995. Their self-titled debut laid out the fundamentals of Queen's sound - built around May's layered guitars and Mercury's biting vocals - on such tracks as "Keep Yourself Alive" and "Liar." Their massively overdubbed second album, Queen II (1974), exploited cutting-edge studio technology and remains a pillar of grandiose, assaultive hard rock. The title of Queen's third album, Sheer Heart Attack (also released in 1974), summed up the monumental intensity of their work and yielded their first hit single, "Killer Queen." Back-to-back albums at mid-decade - A Night at the Opera and A Day at the Races - borrowed Marx Brothers movie titles. More important, A Night at the Opera ushered forth Queen's grandest moment: "Bohemian Rhapsody." This seven-minute magnum opus cracked the Top Ten on two occasions: on its initial release in 1976 and again in 1992, when it appeared in a memorable scene from the film comedy Wayne's World.Going against the grain of 1977's punk uprising, News of the World (1977) contained Queen's most beloved (and despised) chant-along songs: "We Are the Champions" and "We Will Rock You." Queen's highest-charting album was 1980's The Game (#1 for five weeks), which also produced their biggest singles, "Crazy Little Thing Called Love" and "Another One Bites the Dust." All the while, Queen mounted ever-more grandiose live shows. Queen's performance at the 1985 Live Aid spectacular is remembered as one of the day's highlights and gave the band momentum for what turned out to be their final year of concert performances. Meanwhile, Queen continued to push the envelope in the studio. As the flamboyant frontman Mercury stated when A Kind of Magic was released in 1986, "I hate doing the same thing again and again. I like to see what's happening now in music, film and theater and incorporate all of those things."The group ended with the death, due to AIDS-related causes, of Mercury in 1991. At the same time, their status as one of rock's most legendary bands only continues to grow. 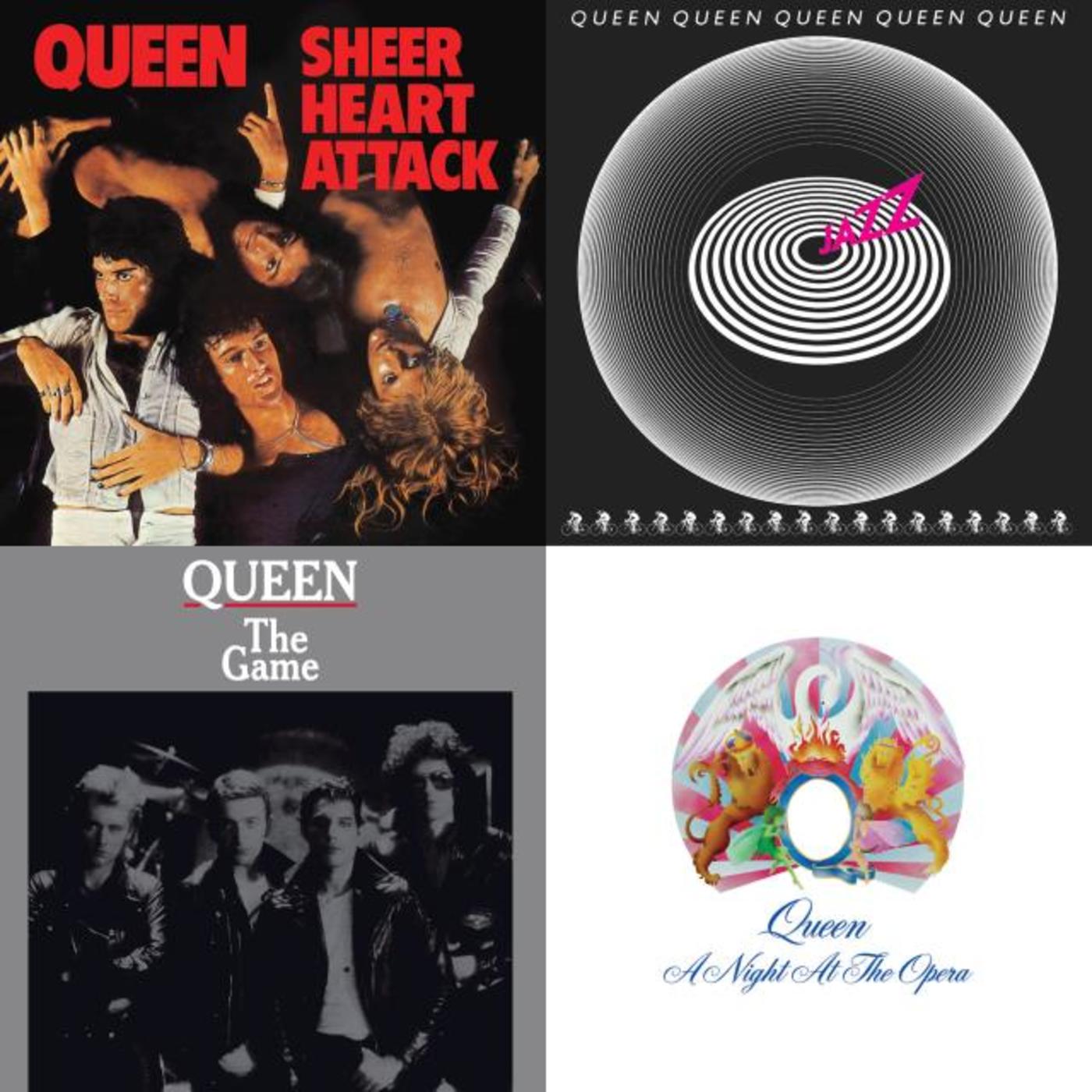 Queen
THIS IS THE NODE PLAYLIST BOX TEMPLATE