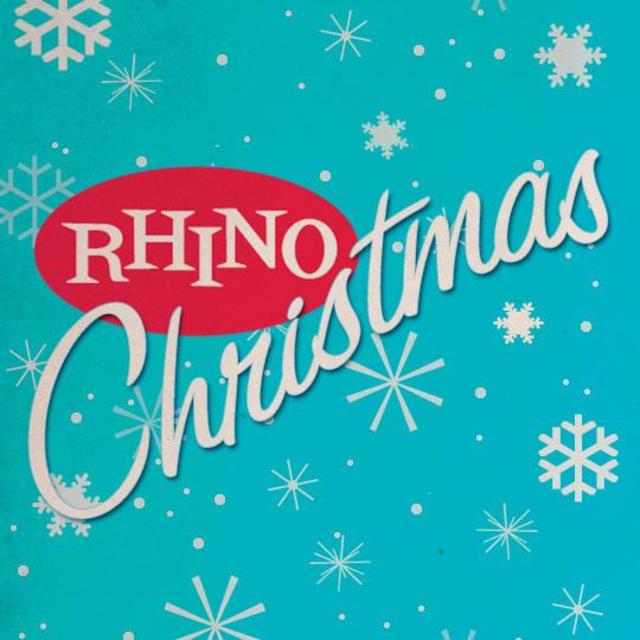 Rhino was the heavyweight champion of Christmas collections in the CD era, so this holiday season, we thought we'd revisit a few of our favorites for the Spotify era! SOUL CHRISTMAS was originally issued on Atco in November of 1968, reaching #13 on the Billboard Christmas chart (re-released in 1969 and 1970, it did even better, hitting the Top 10). The set's success should come as little surprise; Atlantic/Atco was THE label for Southern soul in the 1960s, and some of its biggest stars appear on SOUL CHRISTMAS.

The legendary Otis Redding provides two selections; his simmering take on the Irving Berlin classic “White Christmas” was issued as a posthumous single in December of 1968. Redding could tear it up at either fast or slow tempos; this is one of the latter, with the Georgia singer's urgent wish that “your days be merry and bright.” The single's flipside, “Merry Christmas Baby,” is similarly slow-cooked to perfection; it's among the best of the many versions of the Lou Baxter and Johnny Moore R&B standard. Otis is backed on both sides by the great Stax house band Booker T. & The MG's, who cut a full holiday album, IN THE CHRISTMAS SPIRIT, in 1966. “Jingle Bells” and “Santa Claus Is Coming To Town” are both groovy Hammond organ-led instros (though the former also puts Steve Cropper's guitar in the spotlight for a bluesy solo). Tenor sax star King Curtis also contributes two instrumentals, a pensive version of “The Christmas Song” and “What Are You Doing New Years Eve?,” which was originally a hit for The Orioles. Both sides feature guitarist Duane Allman, and like the Redding release, were opposite sides of a 1968 holiday single.

Along with the seasonal standards, there are a couple of originals on SOUL CHRISTMAS. Recorded specifically for the album, Clarence Carter's strutting “Back Door Santa,” with a pace-setting fuzz guitar and punchy horn section, is pretty salacious for a holiday song – it's basically a seasonal riff on Howlin' Wolf's bawdy blues. At the other end of the spectrum, Joe Tex's “I'll Make Every Day Christmas (For My Woman)” has a strong gospel feel, though it was recorded in country music's capitol, Nashville. Queen of Memphis Soul Carla Thomas is a bit more demure on “Gee Whiz, It's Christmas,” a 1963 single that draws its title from the singer's Top 10 hit of two years before (“All I Want For Christmas Is You” is the single's B-side). Check out Solomon Burke, sounding rather Sam Cooke-esque on “Presents For Christmas.” The erstwhile preacher covers all the bases with this lyric, wishing a “Merry Christmas to disc jockeys, policemen, pretty girls and soul fans.” And no, that's not Sam & Dave you hear harmonizing on “Every Day Will Be Like A Holiday” - it's William Bell handling the vocals.

Percy Sledge's “Christmas Wish” came a little late for inclusion on the SOUL CHRISTMAS album; it was a Netherlands-only single released in 1969. May every man be your brother, indeed. If Sledge was the leader in country-soul, Brook Benton was not far behind. “Soul Santa” is drawn from a 1971 Cotillion 45 and employs simmering organ and female backing vocals to give the song a down-home feel. Godfather of Soul James Brown cut three full Christmas albums: JAMES BROWN SINGS CHRISTMAS SONGS (from 1966), A SOULFUL CHRISTMAS (1968) and HEY AMERICA IT'S CHRISTMAS (1970). The first of these gave us “Please Come Home For Christmas,” with its intense climactic screams, and the second supplies “Santa Claus, Go Straight To The Ghetto,” a funky reminder to St. Nick not to neglect the underprivileged.

Sixties soul's northern pole was in Detroit, and several Motown artists cut records specifically for the holidays. “Silver Bells,” with Diana Ross' glistening vocals front and center, hails from The Supremes' MERRY CHRISTMAS album of 1965. Five years later, The Jackson 5 cut their own holiday longplayer; “Frosty The Snowman” is a natural for Michael Jackson's buoyant lead performance. The youngest Jackson lies in wait for most of the dreamy “Have Yourself A Merry Little Christmas” - until the track finally morphs into a boisterous “We Wish You A Merry Christmas.” Stevie Wonder can't have been much older than “The Little Drummer Boy” at the time of his 1967 collection SOMEDAY AT CHRISTMAS. The 1968 Gordy single “Rudolph The Red-Nosed Reindeer” starts off rather sedately with strings and piano before a bass vocal shifts the track into motion and you realize you're listening to The Temptations.

Soul music kept on keepin' on in the 1970s, and so did holiday R&B tunes. Donny Hathaway's song “This Christmas” inspired covers by the likes of Patti LaBelle, Michael McDonald and Mary J. Blige, but they are hard-pressed to improve upon the original, which benefits from Hathaway's dynamic singing and piano work (as well as that rarity in Christmas recordings, a false ending...). A late-model version of The Impressions give “I Saw Mommy Kissing Santa Claus” some funky guitar and a disco beat. Aaron Neville's career stretches across several decades; his percolating version of “Let It Snow, Let It Snow, Let It Snow” is on his 1993 SOULFUL CHRISTMAS album, but has a timeless appeal. Compare that to Al Green's “Winter Wonderland” - Green was one of the 1970s biggest stars, but the drum machine on this track reveals its 1983 origin (you've gotta love that spacey synth break, though!)

We'd be remiss to neglect the jazzier side of soul. Ray Charles and Betty Carter do a little wintertime give-and-take on the Frank Loesser favorite “Baby It's Cold Outside.” Jazz keyboardist Vince Guaraldi wrote “Christmas Time Is Here” for the beloved Charlie Brown animated TV special; Grammy-winner Al Jarreau gives it a distinctive delivery on his 2008 album CHRISTMAS. Popular Christmas carol “Joy To the World” takes on a late-night supper club vibe in the hands of Etta James. On tracks like “Reet Petite” and “Higher And Higher,” Jackie Wilson was a soul powerhouse, but his operatic voice could also handle more formal fare, as in the case of “I'll Be Home For Christmas” from his 1963 MERRY CHRISTMAS FROM JACKIE WILSON album. And we'll give the last word to the Queen of Soul, Aretha Franklin, who didn't get around to cutting a holiday album until 2008's THIS CHRISTMAS ARETHA. Her majestic take on “Silent Night” proves it was worth the wait.