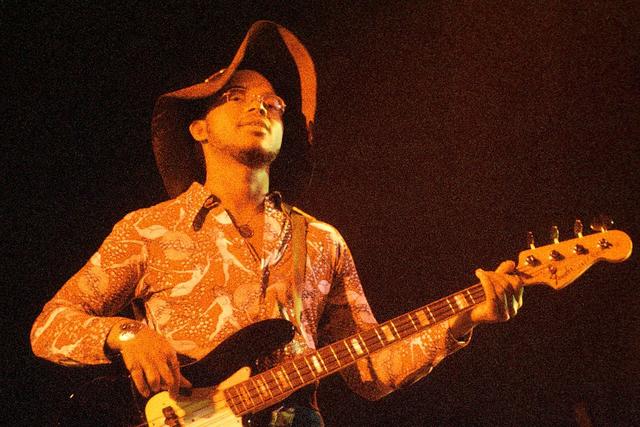 Morris "B.B." Dickerson, founding member and original bassist of funk-rock legends WAR, has died. According to Billboard, Dickerson passed away peacefully on Friday, April 2, at hospital in the band's native Long Beach, CA, from an undisclosed illness. He was 71 years old. Dickerson, who co-founded the group in 1969, anchored WAR for ten years, until 1979.

During his tenure in the band, WAR hit the group's commercial peak, spinning a web of hits in the 1970s including instant classics "Why Can't We Be Friends?", "Low Rider," "Spill the Wine," and "Cisco Kid," just to name a few. Dickerson occasionally sang for the group, most notably handling vocals for the 1972 favorite, "The World is a Ghetto.'

After leaving the band in 1979, Dickerson went on to form the Lowrider Band with some other former members of WAR: guitarist Howard E. Scott, harmonica player Lee Oskar and drummer Harold Brown.

Dickerson is survived by his mother, his uncle and his children. Donations can be made in his name to MusiCares.

What's That Song? WAR Opens MAYANS M.C. Season Three with "SLIPPIN' INTO DARKNESS"
THIS IS THE ARTICLE BOX TEMPLATE