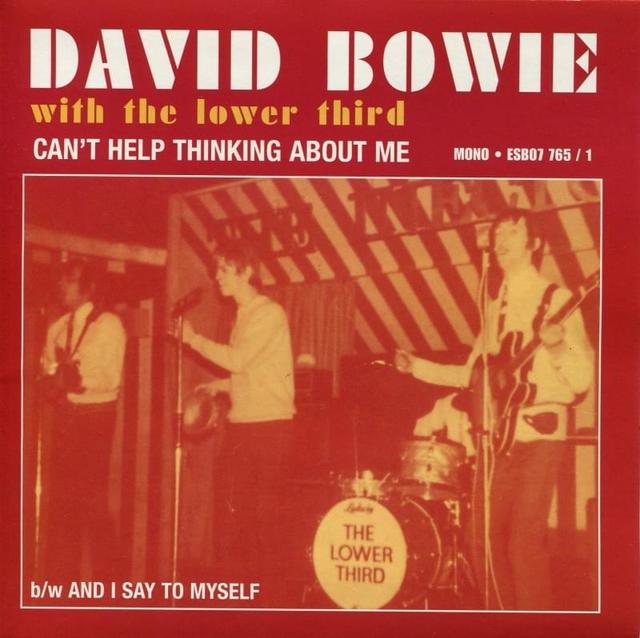 53 years ago today, David Robert Jones released his first single under the pseudonym he would utilize from then on: “David Bowie.”

Penned by Bowie and recorded at London’s Pye Studios with Tony Hatch producing, “Can’t Help Thinking About Me” was actually credited to David Bowie with The Lower Third. The members of The Lower Third, in case you’re not enough of a Bowie-phile to already have their names memorized, were guitarist Dennis Taylor, bassist Graham Rivens, and drummer Phil Lancaster.

The single was launched with a party at an establishment in Bayswater called The Gaiety Bar, one where John Lennon’s father, Alfred Lennon, was reportedly in attendance, even if his presence was solely remembered for how inebriated he was and for the way he kept asking people, “Do you know who I am?” In the end, the party did precious little good: the song failed to chart in either the UK or the US. Spoiler: despite the single going nowhere, Bowie eventually managed to rise above its commercial failure.

Post-script: Bowie didn’t exactly go out of his way to remind people about the song, but to delight of his longtime fans, he decided to break out a version of it whilst performing on VH-1’s Storytellers. During his introduction, he gleefully announced that the song featured two of the worst lines he’d ever written: “My girl calls my name ‘Hi Dave’, Drop in, Come back, See you around if you're this way again...” Although Bowie bemoaned (with tongue fully in cheek), “I actually have to sing this!” it didn’t stop him from doing so and, indeed, thoroughly enjoying it.