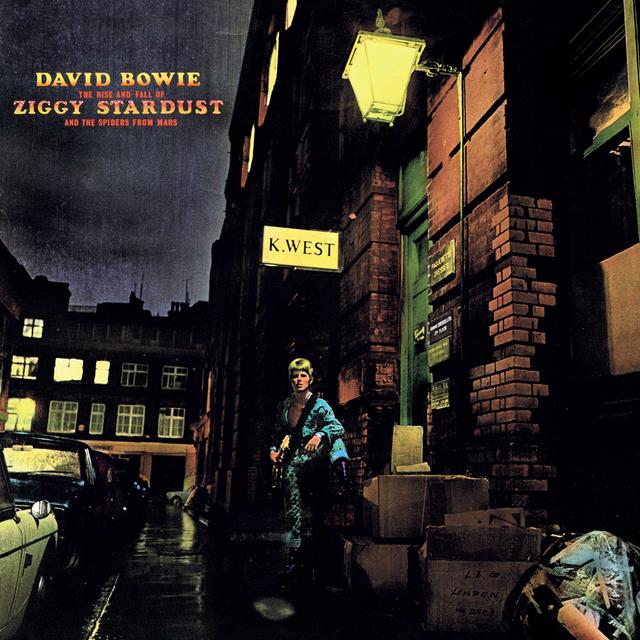 46 years ago this week, David Bowie released the single that helped reinvigorate his career after his post-“Space Oddity” slump.

Written by Bowie, who also co-produced the song with Ken Scott, “Starman” is one of the most famous tracks on his iconic album ZIGGY STARDUST AND THE SPIDERS OF MARS, but it almost wasn’t on the album at all. In fact, the big reason it ended up finding its way onto the track listing was that RCA Records bigwig Dennis Katz heard the song and pushed for its inclusion.

"We'd finished recording the Ziggy Stardust album at that time and it went into the record company. They said: 'We can't release this. It doesn't have a single on it!'" drummer Woody Woodmansey told The Quietus. "So we came out of the studio and in about a month he had written 'Starman' and we were back in the studio by January. It was an obvious single! I think Mick and I went out in the car after David played it for us the first time, and we were already singing it, having only heard it only once. At the time, we thought it might be a bit too poppy, a bit too commercial. It might seem strange, but we just hadn't done anything that commercial before. I always thought Bowie had that ability, that any time he felt like it, he could write a hit single. He just had that about him. I think he chose not to right through his career. If he felt like it, he would write one, and if he didn't, he wouldn't. That was just the impression of working with him. It's not a fluke to be able to write all those amazing tunes."

As a result of having actually decided to write one, however, Bowie’s cover of Chuck Berry’s “Round and Round” fell by the wayside on the ZIGGY STARDUST track listing, but it was all for the best in the long run: the song hit #10 in the UK, becoming Bowie’s first big hit since “Space Oddity.”

It was apparently Bowie’s performance on Top of the Pops in July 1972 that served as the big turning point for “Starman,” but it was more than that: by many accounts, it was that performance which transformed many people into Bowie fans for the very first time.