Summer 1975: Eagles Soar Over America with ONE OF THESE NIGHTS 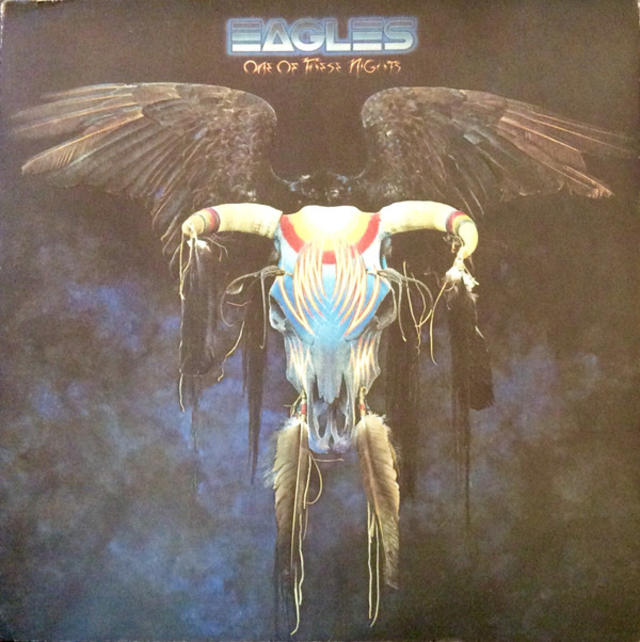 By 1975, the Eagles had already scored the band's first #1 single with "Best of My Love" from their third studio album, On the Border. With the release of the follow-up, One of These Nights, the group put it all together and scored the Eagles' first chart-topping full-length effort.

Released on June 10, 1975, the album was preceded by its title cut lead single in May of the same year. The tune was already a huge radio hit by the time the full-length arrived in stores, with the song going on to reach #1 on the Hot 100 for the week of August 2, 1975.

As the title track was starting to fall from the top of the charts, Eagles came with the album's second single, "Lyin' Eyes." Like the single before it, "Lyin' Eyes" charged up the charts, peaking at #2 over the week of November 8, 1975. The song that blocked Eagles from #1: Elton John's "Island Girl."

One of These Nights was a smash on the album charts, hitting #1 over the week of July 26, 1975. It held down the top spot for more than a month, clocking five weeks straight as the most popular album in America. Eagles were finally dethroned by Elton John's Captain Fantastic and the Brown Dirt Cowboy for the week of August 30, 1975.

The Grammy recognized One of These Nights with a handful of nominations, including Album of the Year. The Eagles did win their very first Grammy that year, with "Lyin' Eyes" taking home the prize for Best Pop Performance by a Duo or Group with Vocals.

FUN FACT: One of These Nights marked the last Eagles album featuring Bernie Leadon on guitar. When the group reconvened to make their next studio album, Hotel California, Joe Walsh was the band's new guitarist.

OUT NOW: Eagles Come Alive on Classic Album Reissues
THIS IS THE ARTICLE BOX TEMPLATE