The Doors Live At The Bowl '68 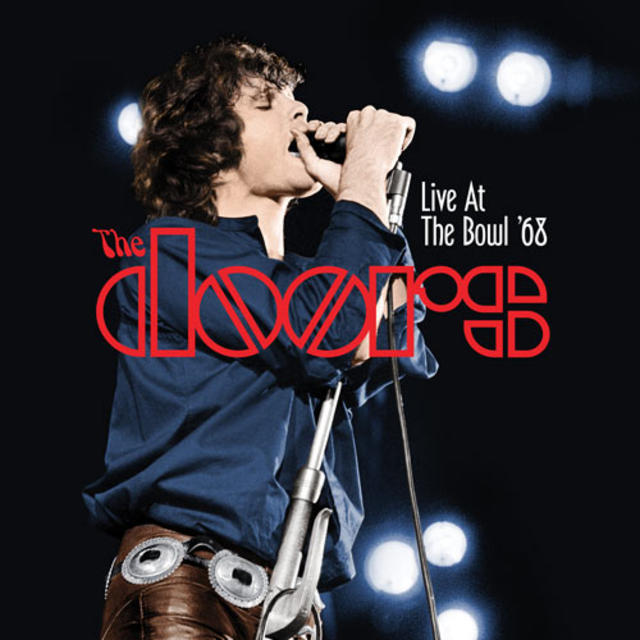 The Concert Will Be Released On DVD, Blu-Ray, And Digital Video From Eagle Rock Entertainment And CD, Digital Audio, And Double-LP From Rhino On October 23

The Doors supplied plenty of post-Independence Day fireworks on July 5, 1968 when the legendary quartet played the Hollywood Bowl, a concert that is considered to be the band’s finest on film. For the first time, the film from the historic performance has been painstakingly restored using the original camera negatives and the audio has been remixed and mastered from original multi-tracks by the group’s engineer Bruce Botnick. This new restoration offers a stunning visual upgrade from earlier versions and will give fans the closest experience to being there live along side Jim Morrison, John Densmore, Robby Krieger and Ray Manzarek, who opined, “You can hear it as if you were at the Hollywood Bowl, on stage with us.”

LIVE AT THE BOWL ’68 will include three previously unreleased tracks from the performance. Technical issues with the recording of “Hello, I Love You,” “The WASP (Texas Radio And The Big Beat),” and “Spanish Caravan” prevented them from being released in the past. Now, through meticulous restoration of the audio, all three will be included, marking the first time the concert has been available in its entirety.

Now available for pre-order in several formats including Blu-Ray,DVD,CD, and double-LP, these formats of LIVE AT THE BOWL will be released on October 23 along with digital audio and video versions. The DVD, Blu-Ray and digital video each feature a 16x9 high-definition digital transfer with both a stereo and 5.1 audio soundtrack as well as over an hour of bonus material. Included in the additional content are “Echoes From The Bowl,” The Doors’ route to the Hollywood Bowl; “You Had To Be There,” memories of The Doors’ performance at the Bowl; “Reworking The Doors,” an in-depth look at how the film was restored; and three bonus performances: “Wild Child” from The Smothers Brothers Show in 1968, “Light My Fire” from The Jonathan Winters Show in December 1967 and a version of Van Morrison’s “Gloria” with specially created visuals.