The One after the Big One: Elvis Costello, MIGHTY LIKE A ROSE 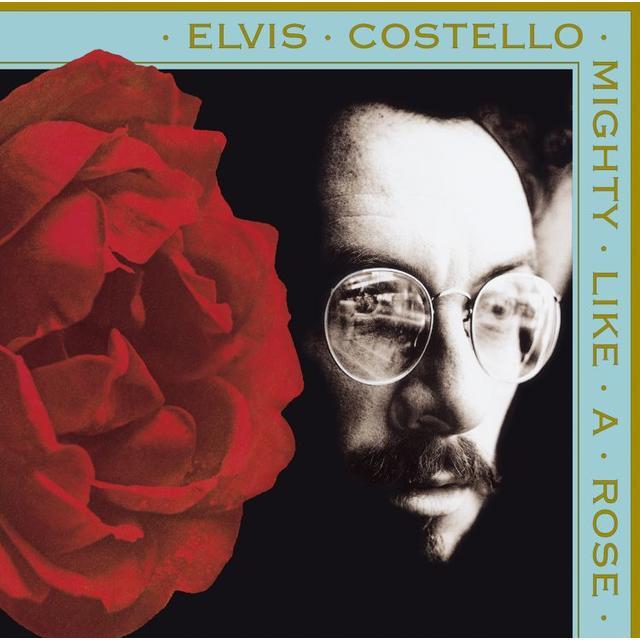 The late-‘80s songwriting partnership between Paul McCartney and Elvis Costello was a mutually beneficial one, to be sure. After a string of ho-hum releases, McCartney regained a modicum of cool on his 1989 album FLOWERS IN THE DIRT; that same year, Costello released SPIKE and had his biggest U.S. hit, with the Macca collaboration “Veronica.”

Two years later, Costello’s follow-up, MIGHTY LIKE A ROSE, dipped into that well again for two songs—“So Like Candy” and “Playboy to a Man”—which show the two extremes of their partnership. “So Like Candy” is so like a McCartney song, it’s a wonder, if not a shame, that the former “cute” Beatle never took it on himself. “Playboy to a Man,” on the other hand, is a frenetic, growling burst of a song—certainly more a Costello-style thing than a McCartney one, and a welcome shot of disorder in the midst of the album’s otherwise carefully crafted production.

The production values on MIGHTY extended the everything-and-the-kitchen-sink aesthetic that had likewise marked SPIKE. Co-producer Mitchell Froom was uniquely suited to that style, and together he and Costello (with engineer Kevin Killen) built a dense, roiling wall of sound that lifted the songs without overwhelming them. The best example of their approach is probably the record’s opening track and first single, “The Other Side of Summer,” a Beach Boys-like pastiche that featured drums, two basses, two guitars and four keyboard players. “When that proved insufficiently powerful,” Costello wrote in the liner notes for the 2002 RHINO reissue of MIGHTY, "we simply double-tracked the entire rhythm section before adding the glockenspiel, castanets, sleigh bells and the vocal parts.”

MIGHTY LIKE A ROSE was the last in a string of studio records Costello made with a cadre of American musicians known at various points as the Confederates, the Rude Five and the Filthy Four—the core of his band more or less since 1986’s KING OF AMERICA (his next rock record, 1994’s BRUTAL YOUTH, would find him returning to the Attractions for the final time). Keyboardist Larry Knechtel stands out, in particular for his piano on “The Other Side of Summer” and the spooky harmonium he contributed to the atmospheric “Broken.”

Though devoid of much in the way of hits, MIGHTY LIKE A ROSE stands as one of Costello’s most engaging albums, particularly at the beginning of a decade that would see him try a little bit of everything, from string quartet compositions to orchestral pop with Burt Bachrach. It is a dense swirl of a record, notable for both its bigness and the high quality of the songs that emerge from its density. It’s time to give it another spin. 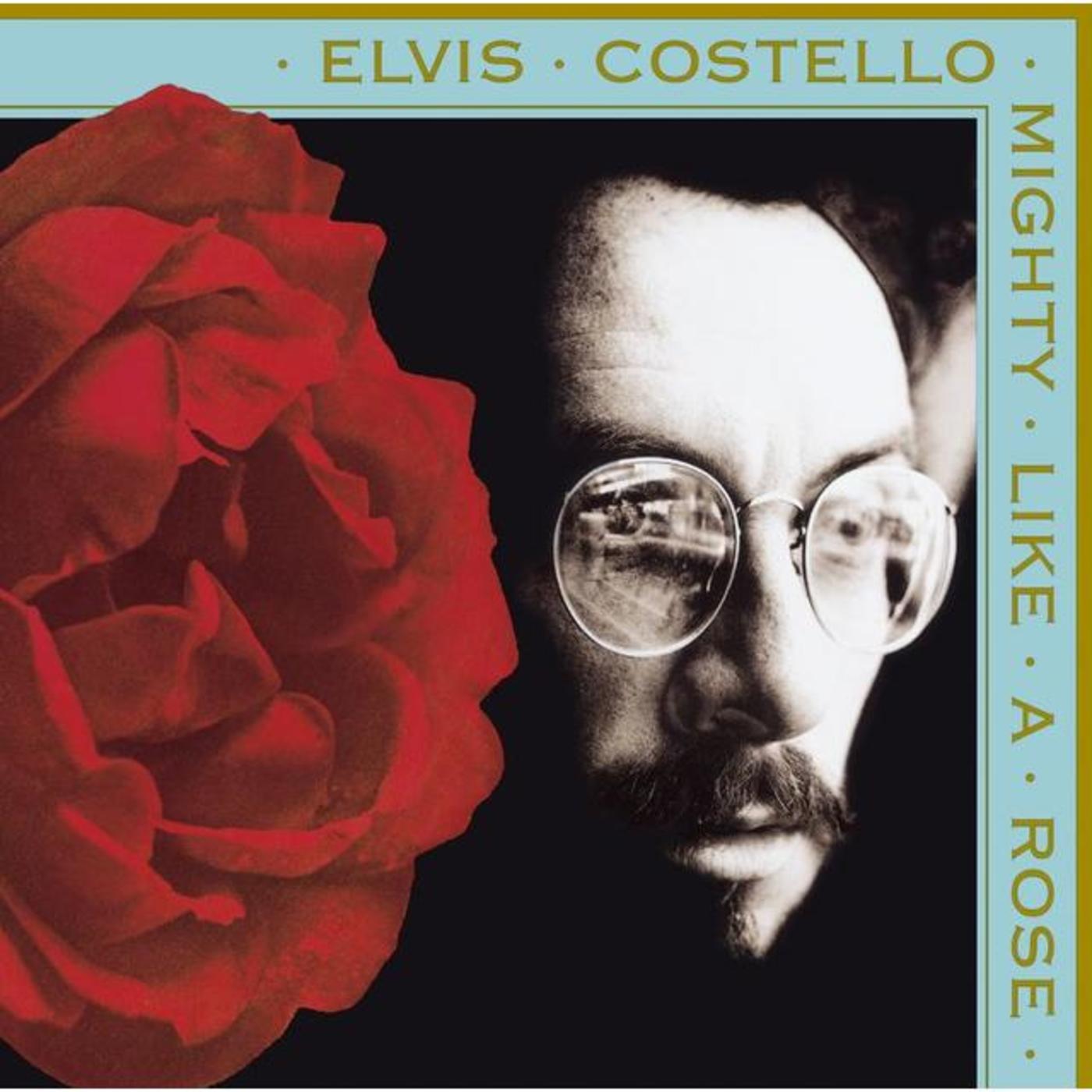 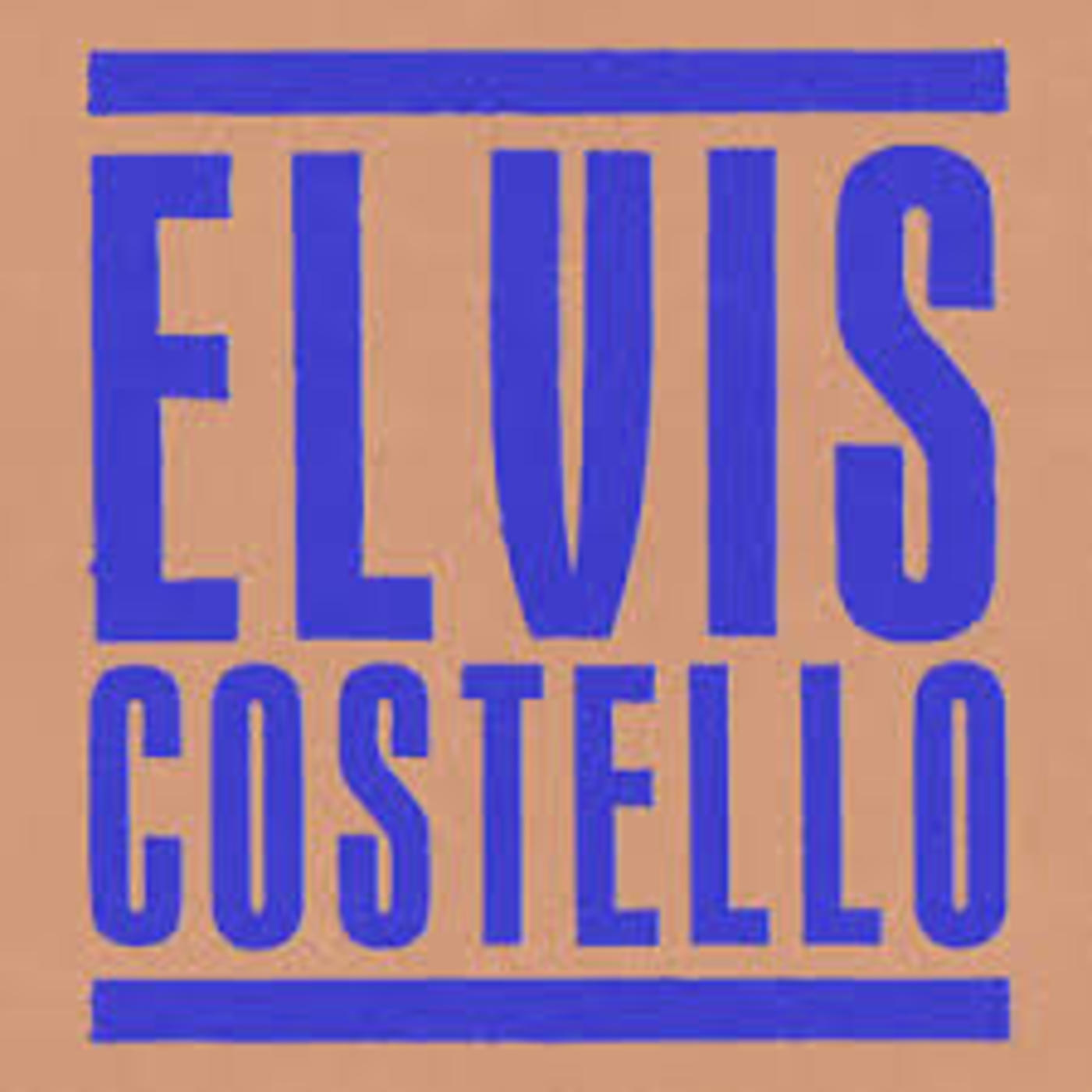