The One after the Big One: Linda Ronstadt, PRISONER IN DISGUISE 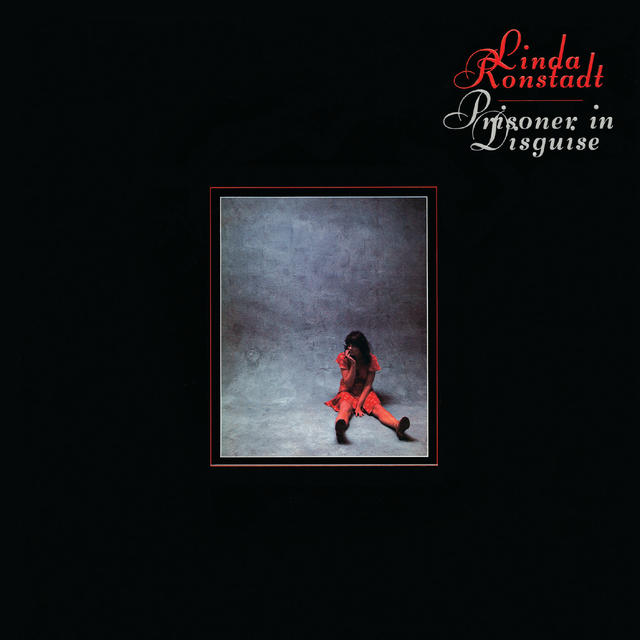 In her three albums with the great arranger and bandleader Nelson Riddle in the 1980s, Linda Ronstadt took on the standards that had emerged from the early golden era of pop tunes by the likes of the Gershwins, Irving Berlin and Gordon Jenkins — material often referred to as the Great American Songbook. For some ten years prior to those successes, however, Ronstadt made records that amplified the likes of James Taylor, Buddy Holly, Chuck Berry, Warren Zevon and Roy Orbison, among others — contributors to a Cool American Songbook, for lack of a better collective identifier.

She hit an early peak with 1974’s Number One album HEART LIKE A WHEEL, and maintained momentum the following year with PRISONER IN DISGUISE, which was built from a similar template to HEART’s. This can best be heard on “Roll Um Easy,” on which she takes the languid, bluesy Little Feat track and adds all manner of Cali-pop accoutrements to it — the Andrew Gold-centric harmonies, the Russ Kunkel-esque drums (here played by Nigel Olsson, recently ejected from Elton John’s band), the cleanly dirty guitar work (here played by Feat’s Lowell George himself), the hint of strings where you least expected them. Ronstadt rides confidently over it all, as one would have to in the presence of such hearty accompaniment.

“Love is a Rose” is a Neil Young cover, on which Herb Peterson’s banjo serves as the thread that runs through the song, with background harmonies (by Peterson, along with the great J.D. Souther and about six dozen others) that bloom and grow on the choruses throughout. It all builds to the song’s peak, when the instruments fall away and leave just the singers and percussion — a warm moment when all the voices are front and center.

On the Martha and the Vandellas chestnut “Heat Wave” the old Motown soul is turned down, in favor of Ronstadt and producer Peter Asher’s studio polish. It’s an AM radio hit funneled through FM sonics that more or less defined the Laurel Canyon sound for the better part of a decade (see Carole King and Jackson Browne and the Eagles and anyone associated with them). Ronstadt also does this on Smokey Robinson’s “Tracks of Tears,” here played as an acoustic-guitar-forward campfire tune, but confidently, as though this had been Robinson’s intention the whole time.

Two ballads deepen the overall resonance of the album. “The Sweetest Gift” is a woeful country tale of a mother visiting an incarcerated son, and it features Emmylou Harris, perhaps our finest harmony voice, blending with Ronstadt in such a way as to bring tears to anyone within earshot. The tears continue to fall on Ronstadt’s take on Dolly Parton’s “I Will Always Love You,” on which she approaches the perennial weeper with a subtlety that only adds to its emotional heft.

Ronstadt was great at that, and PRISONER IN DISGUISE is full of moments that display her many strengths as she built that Cool American Songbook.

September 1978: Linda Ronstadt Releases LIVING IN THE USA
THIS IS THE ARTICLE BOX TEMPLATE