THE ONE AFTER THE BIG ONE: Mason Proffit, BARE BACK RIDER 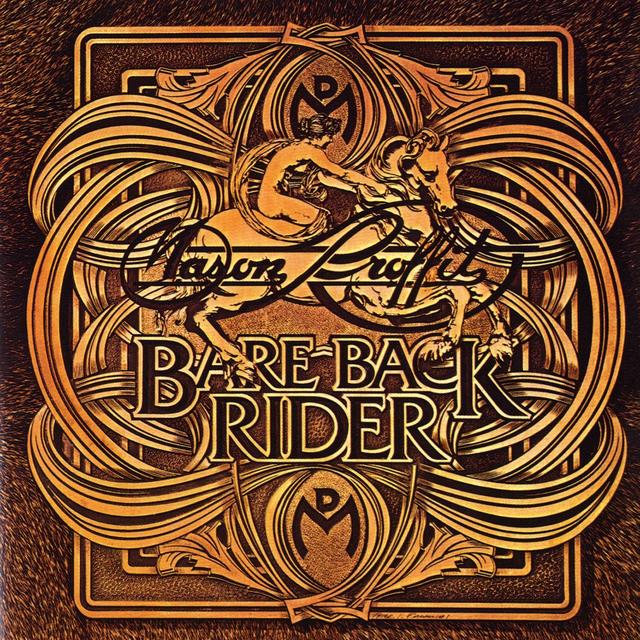 How were Mason Proffit not a huge band? Built around brothers Terry and John Michael Talbot, this Champaign, Illinois-based collective made five records – three for small labels, two for Warner Bros. – that deftly mined the same country-rock elements that had made the latter-day Byrds and the early Eagles records so good. Heck, had these guys somehow migrated out to Laurel Canyon, maybe hooked up with Linda Ronstadt or Jackson Browne or some such royalty, they might have had one of THOSE careers.

As it stood, though, great success was not to be, and while neither of the Warners albums could be considered a hit, the first (1972’s ROCKFISH CROSSING) garnered some praise and gave Mason Proffit a national profile, as well as opening slots on tours by the Grateful Dead and the Eagles, among others. They followed that record with BARE BACK RIDER in 1973, making what turned out to be their final statement as a band – a fine, finely played one at that.

The brisk clip of the album-opening “Lilly” is abetted by the lovely cry of pedal steel and a very Crosby, Stills & Nash-ish harmony in the chorus. The vocals take on a more Byrds-like timbre on the rollicking “To a Friend,” but it’s the Byrds of the UNTITLED / BALLAD OF EASY RIDER / BYRDMANIAX era – the underground cowboy sound of country-rock at the turn of the ‘70s. It was their take on this sound that gave Mason Proffit more than a little common ground with much bigger artists.

There’s more cool stuff to be heard. “Setting the Woods on Fire” hearkens back to early rock ‘n’ roll, albeit with an insistent piano and even a kazoo solo. Contrasting with that is the album-closing “Sail Away,” on which acoustic guitar arpeggios and fiddles combine to make for a fond farewell as the last notes fade off into the ether.

The real farewell, though, is “I Saw the Light,” a four-on-the-floor gospel tune that prefigured the music the Talbot brothers would make once Mason Proffit disbanded. The pair almost immediately found success in the “Jesus Movement” contemporary Christian music scene of the mid- and late ‘70s, and while that move was doubtless heartfelt and well-intentioned, it did compel the brothers to leave behind a band that should have brought them greater success and renown. As it stands, BARE BACK RIDER in particular, and Mason Proffit in general, are worthy of reconsideration and a few more listens. If you like early country-rock, you should definitely check out this record.