The One After the Big One: Metallica, LOAD 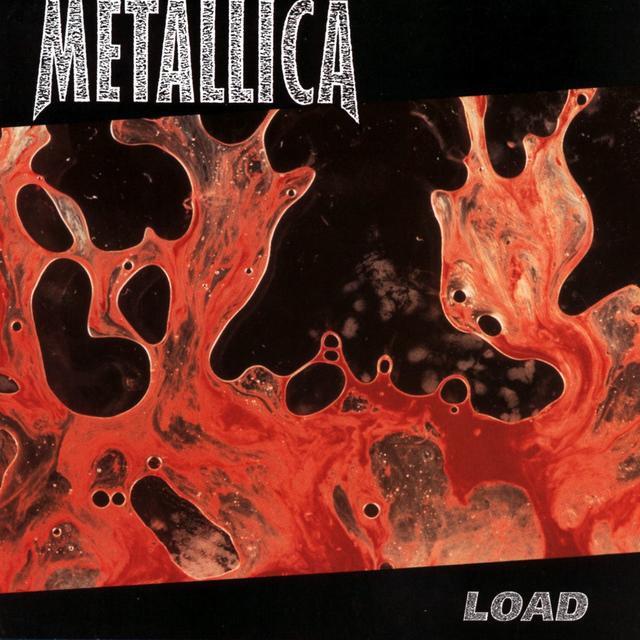 Some records get a raw deal, for strange reasons.

It was 1996 and Metallica were about to release – finally! – the follow-up to their massive Black Album. With the exception of a box set of live recordings, there had been nothing new heard from the band for five years, and fans were primed for fresh metal anthems from their thrash-forward, long-haired heroes.

And then pictures of the band appeared.

And then the first video appeared.

It was called “Until It Sleeps,” and it featured the freshly shorn and made-up band in a series of surreal, quasi-religious scenes, with band members smeared with paint and screaming. It looked like an R.E.M. video; an artsy, confusing R.E.M. video. R.E.M. were fine, but they had their own thing; Metallica fans were expecting the band that had given them “For Whom the Bell Tolls” and “Blackened” and MASTER OF PUPPETS and, okay, the more straightforward groove of “Enter Sandman” and “Sad But True.” “Until It Sleeps” was cool – it had quiet-to-loud dynamics and singer James Hetfield sounding haunted and in pain (his best sound). It was slow, but most could imagine getting used to it.

And then the album came out.

It was called LOAD and it featured an abstract cover image that was reported to be a mixture of blood and semen. And it featured “Until It Sleeps” and a picture on the back cover of the band in their short hair and eye makeup, dressed in Cuban suits and smoking cigars. Fans that loved the band for their breakneck thrash songs and who rose to raise their fists at stadium shows were shocked, stunned, offended, crushed, confused and left cold and clammy at this new version of their favorite band.

Had the record been given a fair initial shake, it might have been given more immediate credit for being as good as it is. You had the radio-ready rock of “Until It Sleeps,” sure, but also kicks off with “Ain’t My Bitch,” which has the first of many awesome, aggressive, down-tuned guitar riffs on the record. It’s got “King Nothing” and “Hero of the Day,” two more rock hits that showed the band’s creative dexterity and commercial acuity.

Dig deeper into LOAD, and you’ll find even more treasure. “Cure” is a four-on-the-floor crusher about fighting illness, whether self-imposed or otherwise. “Poor Twisted Me” employs its ‘70s-style riff to a dark-hued cry for sympathy. And the album-closer, “The Outlaw Torn,” is ten minutes of roiling hostility and longing that butts up against some truly exploratory soloing, making for a tension that befits the song.

Though it sold five million copies, LOAD is viewed as a lesser work from Metallica, mostly by people who haven’t heard it, or really listened to it. Giving it fresh ears with an open perspective will reveal it for what it is – a lost classic.