The One After the Big One: Rod Stewart, FOOLISH BEHAVIOUR 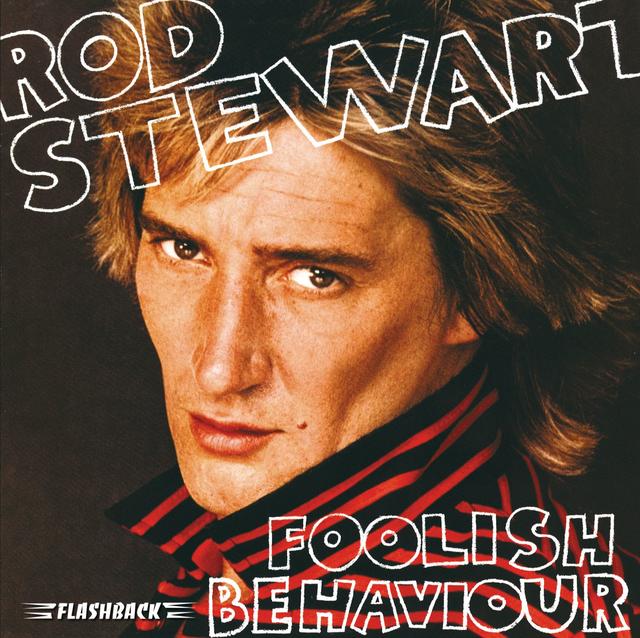 It's a testament to how good Rod Stewart was at the beginning of his career – busting out with the Jeff Beck Group before setting the world aflame with the Faces and a handful of his first solo records – that by the time the '70s wound down and he was making music for the radio and for the stage, he received the critical equivalent to a hard-swung pillow to the face for his trouble. Rock scribes who bemoaned the absence of a "Maggie May" or an "Every Picture Tells a Story" in his then-recent work were incredulous that the same guy who made those fine rock records had produced "Da Ya Think I'm Sexy" and BLONDES HAVE MORE FUN in 1979. Rod Stewart making disco records? What was next – a Ramones tour with strings?

To say they missed the point should be obvious. BLONDES HAVE MORE FUN was a fun record. It was not a deep, meaningful album; it was a party album – you put it on after you'd spiked your punch and laid out your hors d'oeuvres, just as people were starting to arrive. "Sexy," "Dirty Weekend" and the title track put a little zing in the conversation; the rest went down easy, like your spiked punch. Critics weren't invited.

FOOLISH BEHAVIOUR, which followed BLONDES in 1980, was a similarly structured piece o' wax, only louder, with less disco and more rock, and an extra layer of polish, to boot. "Passion" was the single, and it got to the Top Five while Stewart decried the absence of real, honest-to-goodness feeling in the world. Fortunately, it had a thumpy, dancy beat and a recurring keyboard hook to keep it moving and keep it playing in the clubs.

The title track has a Stonesy swagger that gets your attention, before you realize Stewart's singing about murdering people (surely, he's voicing a character – why would Rod Stewart have vengeful fantasies? Acting on them would have interrupted his life, and Stewart's life was very good). "Gi' Me Wings" has a burbling undercurrent that gives the track a pulse to go along with the studio sheen of the rest of the instrumentation. "She Won't Dance with Me" is a barn burner that sounds like a slightly thin Faces track, albeit one with a killer guitar solo and a rather crude use of the f-word early in the song.

Stewart does slow things down a bit with "Somebody Special," a strings-enhanced slow jam that might have risen to Quiet Storm-level smoothness, had Quiet Storm smoothness been invented in England and not Detroit. It segues into the album-closing "Say It Ain't True," which is pure voice-in-the-clouds crooner material – an odd way to end an album so full of up-tempo goodness, but a fine closer nonetheless.

FOOLISH BEHAVIOUR and the albums immediately preceding and succeeding it are typically not thought of highly when one considers the breadth of Rod Stewart's discography, but all have something to recommend them, FOOLISH BEHAVIOUR perhaps more than the others.