The One after the Big One: The Ides of March, COMMON BOND 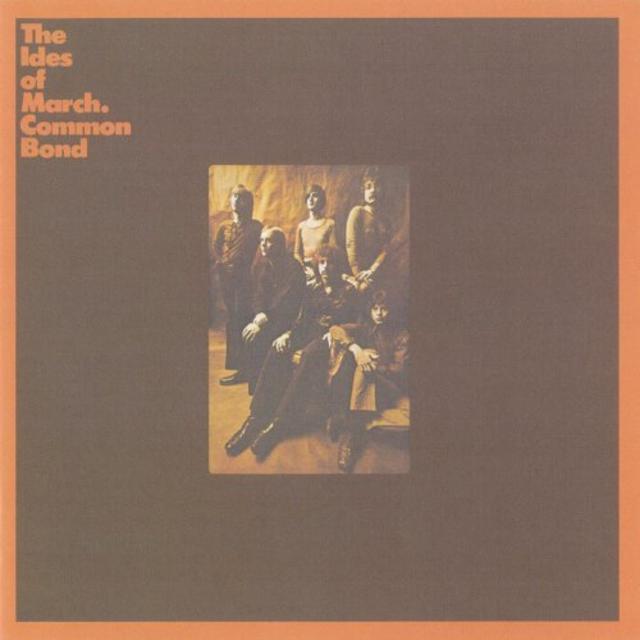 Who can blame a young band who have had a big hit, for cutting another song from the same cloth, in an effort to score another hit? It's not a particularly novel or creative approach to songwriting or record making, but it's completely understandable, right? Right?

In 1971, Jim Peterik, singer and main songwriter of the Chicago-based brass-rock band Ides of March, was tasked with following up Ides' huge hit 1970 single "Vehicle." According to his memoir, THROUGH THE EYE OF THE TIGER (Peterik also co-wrote that famous tune), he wanted to make the fast-tempo, horn-blasting sound of another Ides track, "Aire of a Good Feeling," the band's next single. The band's record company wanted a clone of "Vehicle" to be next out of the chute. The record company won the debate; Peterik wrote and the Ides recorded "Superman," plundering the former hit's tempo, melody and arrangement, all the way down to the hook—"Vehicle"'s "Great God in Heaven you know I love you" became "Superman"'s "Great Caesar's Ghost, I'll be your Superman."

Not that "Superman" is a bad song—just a derivative one, and, truth be told, if you enjoy the horn-driven hits on the VEHICLE album, you should likewise dig that song and the nine other tracks on COMMON BOND, the Ides' sophomore release. The band fit in nicely with popular acts like Chicago and Blood, Sweat & Tears; indeed, Peterik's rich tenor could easily be mistaken for that of BS&T's David Clayton-Thomas if heard on AM radio. "Hymn for Her," a gorgeous ballad on COMMON BOND, is illustrative of such comparisons, with its trumpets and strings wrapped around Peterik's voice as he elongates syllables and bends notes, in a tribute to his beloved.

The Ides turn into a harmony machine on "L.A. Goodbye," with a three-part background vocals sharing space with Peterik, giving the sad song a sunny feel. In a similar vein is "Freedom Sweet," where an acoustic guitar drives the song, eliciting a more singer-songwriter vibe than the brassier material possesses.

The brass section propels the nearly 12-minute album closer, “Tie-Dye Princess,” through changes in tempo and some strange, uber-hippie lyrics (sample: “I’ll slay dragons, but not tonight / I’d rather rule my kingdom / With the Queen of Tie-Dye”). The real unsung hero of the song is drummer Mike Borch, who guides the Ides through each shift in the song, provides some of the coolest fills you’re likely to hear, and even gets a few bars to show off on his own.

COMMON BOND is a terrific artifact of its era. Even if it didn’t reach the same heights on the charts, it quite ably shows off the strengths of a young, tight band making a distinctive brand of rock ‘n’ roll.