The One After the Big One: Van Morrison, COMMON ONE 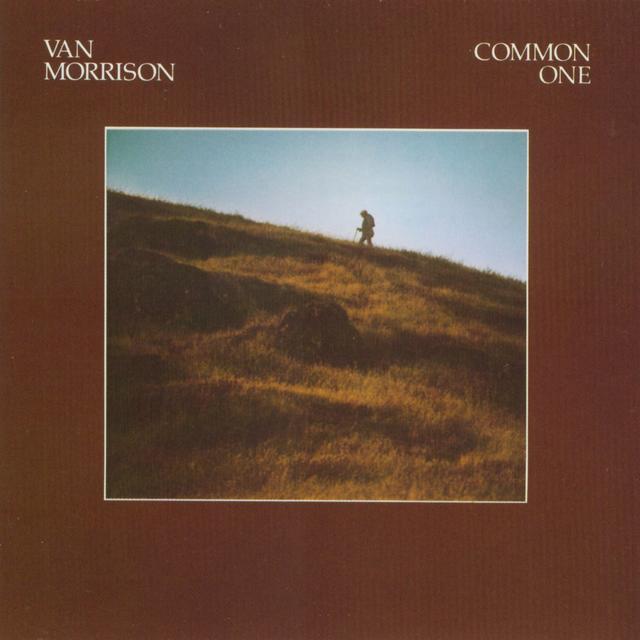 Van Morrison’s 1979 album INTO THE MUSIC was not a huge hit — he really didn’t make those anymore — but it was a singular artistic statement from a man who had made some of the most resonant music of the previous decade. Songs like “Full Force Gale,” “Bright Side of the Road” and the standard “It’s All in the Game” were breaths of fresh air in a dour time, close to the dawning of a decade that promised little more than grimmer times to come.

While most would follow such a triumph with more of the same, Morrison tacked left, turning his artistic rudder toward the jazz that had fascinated him for much of his life. True Morrison fans probably saw this coming, expecting the unexpected from a man who had made a routine of defying routine. The result, COMMON ONE (1980), split the opinions of fans and critics alike, but over time it has generally been seen for what it was — a beguiling diversion and a record whose warmth opens up to listeners willing to actively pursue its many charms.

Nowhere is this more evident than on Side One’s 15-minute “Summertime in England.” The song starts as a finger-poppin’, high-hat-heavy lite jazz tune, spiked with saxophones that give way to strings. When those strings come in the first time, so does a recurrent change in tempo, to almost waltz time. Morrison opens up in an almost free-form declaiming about Avalon, the mystical island of Arthurian legend — a place of imagination and recuperative power that has provided Morrison with much inspiration throughout his career. He begins speaking about James Joyce and T.S. Eliot as the tempo speeds up again, and you get the sense he is improvising, both his lyrics and his phrasing; this stream-of-consciousness approach (much like Joyce’s prose) is dictating the pace and the placement of the other instruments.

The thing is, if you’re not engaged — if you’re putting this on as background music to some other activity — you’re bound to get lost; it sounds a bit confused, if you’re not paying attention. If, however, you allow yourself the time and space to stay in the moment, along with his circuitous way around his music — if you ride along with him —  it all opens up in the most wonderful way.

This is even more the case with “When the Heart is Open,” with its enchanting soundscape and Morrison’s voice following along wordlessly for stretches of the song. When he does apply that voice to lyrics, they are beautiful abstractions; it’s truly less a song than a meditation, much as a Keith Jarrett piano improvisation is a meditation, and the best way to listen to it is to truly listen to it.

There are other highlights on the record — “Satisfied” is propelled by an organ riff; cloaked and warmed by more brass; Pee-Wee Ellis’ sax does a call-and-response thing with Mark Isham’s trumpet that is almost lighthearted in its execution. In “Spirit,” the chorus is key, with Morrison singing to the heavens, matched by shouting brass, like an old Otis Redding record. The chorus contrasts with quieter, ponderous verse and solo sections, which serve merely as the vehicles to get back to the choruses.

COMMON ONE deserves a fresh listen for Van Morrison fans — an active listen. It amply rewards the listener’s time and engagement.