UNDERRATED: Arcadia, SO RED THE ROSE 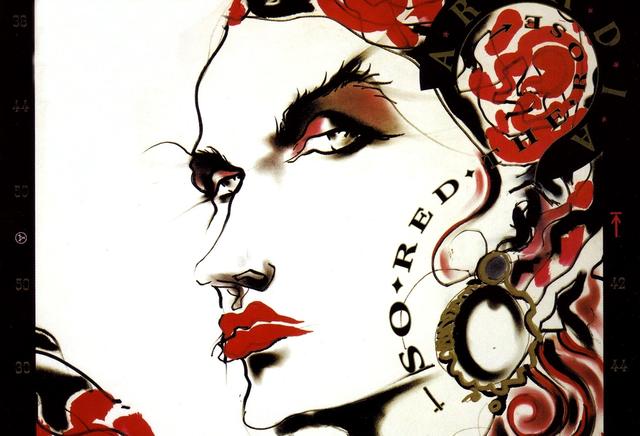 By 1985, Duran Duran had spiraled out of control. The band's stratospheric success caused all sorts of friction with the "Fab Five." As a way to reset, the group split into two camps: John and Andy Taylor teamed up with Robert Palmer and Chic drummer Tony Thompson to form the bombastic rock band Power Station. Simon Le Bon, Nick Rhodes and Roger Taylor launched Arcadia.

Arcadia highlighted the more atmospheric and esoteric side of Duran Duran, calling in a cavalcade of superstar guests, including David Gilmour of Pink Floyd, Sting, Grace Jones, Herbie Hancock and Carlos Alomar to make the band's debut album.

"I did a lot in Arcadia, and a little bit in The Power Station. Was it cocaine-fueled? Yeah," Roger Tayor admitted during an interview years later. "It was the two ends of the band really, wasn't it? You had the arty end and the rock end. A kind of parting of the waves. I think Arcadia has stood the test of time better, maybe. The feeling was that The Power Station was more successful at the time. It was a bigger commercial success. Arcadia was probably cooler."

With Simon Le Bon once saying that he and Nick Rhodes began conceiving Arcadia tracks in Geneva during the wintertime, the band's music retains a similar icy and quietly grandiose mood. The outfit debuted with first single "Election Day" in October 1985; it was an instant hit. The moody track sauntered to #7 on the Hot 100, and came with an appropriately surreal music video.

"Grace Jones [who appears on "Election Day"] is so important to Arcadia's album," Nick Rhodes told Super Deluxe Edition in 2020. "She's one of the most underrated performers of her time. Artistically, Grace was phenomenal. Warm Leatherette and Nightclubbing are albums I play more than almost anything else I own. Stylistically, with the help of Jean Paul Goude, Grace paved the way for so many singers. Grace was about a week late getting to the studio, though I soon became aware that in Grace's world, that wasn't too bad."

Arcadia's one and only album, So Red the Rose, was released on November 18, 1985. The record did brisk business over the holiday season, peaking at #23 on the Billboard 200 over the last week of January 1986.The album's second single, "Goodbye is Forever," crashed the Top 40, reaching #33. Given the album's sprawling atmospherics, seven-minute songs ("Lady Ice", "The Promise") and David Gilmour guitar solos, Le Bon once famously called So Red the Rose "the most pretentious album ever made."

"Did I say that about pretension?! Maybe I was preempting, thinking that it was better for me to say it than anybody else," the singer admitted to The Quietus in 2015. "I think there's a very fine line, a blurring, between 'pretension' and 'aspiration'. It's about trying to reach for something. Halfway through the making of the Arcadia album, I met  [future wife] Yasmin [Parvaneh] for the second time, and nothing else mattered. I'm surprised we finished it, to be honest, cos all I could think about was Yasmin."

Keyboardist Nick Rhodes, however, had a different take on the notorious quote: "Was Arcadia's the most pretentious album ever made? Yes, we've struggled with that one, but I always like to retain that title."