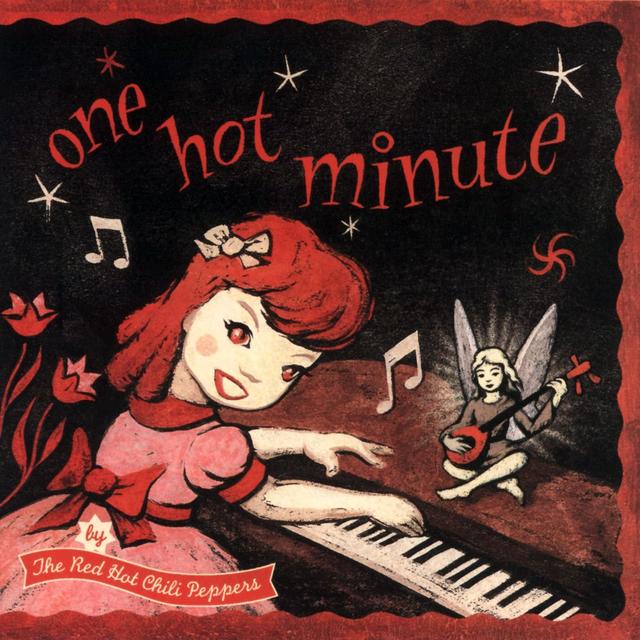 For the Red Hot Chili Peppers, it was the band's breakthrough fifth studio effort, Blood Sugar Sex Magik, that made the band alt-rock superstars. The sudden rush of success was enough to send Anthony Kiedis and company from the highest heights into a tailspin of too much, too soon. The pressures and demands became so great that guitarist John Frusciante--just a teen when he joined the group after the death of founding member, Hillel Slovak--walked away from the Chili Peppers entirely right in the middle of the grueling tour.

While the band tapped Arik Marshall to handle guitars for the remainder of the tour, the Red Hot Chili Peppers were still without a permanent guitarist when it was over. That's where Dave Navarro, freshly liberated from Jane's Addiction, entered the picture. Suggested by drummer Chad Smith, Navarro joined in time for his first performance with the group to be Woodstock '94.

Making the record was a grind, with Navarro's studio methods clashing with his new group. Making the situation worse, Kiedis, who'd been clean for five years, slid back into drug addiction after a dental procedure exposed the singer to painkillers.

Through the difficult recording sessions, the Chili Peppers were still able to emerge with One Hot Minute, released on September 12, 1995. The record was preceded by first single, "Warped," in August of that year. The music video caused an an uproar with the band's label, as it featured a kiss between Kiedis and Navarro. The video was released with the kiss intact, sending negative ripples through the more conservative factions of the Chili Peppers' still-growing fan base. The notoriety helped send the track up the charts to peak at #7 on the Alternative Airplay chart.

The friction and tensions of the recording process resulted in darker, harder sound that still appealed to the global alternative nation, and the Chili Peppers' longstanding fans alike. One Hot Minute rocked the album charts, peaking at #4 on the Billboard 200 for the week of September 30, 1995. The top LP in the country that week: Hootie & the Blowfish's Cracked Rear View.

Still, something was missing from the heyday of Blood Sugar Sex Magik. One Hot Minute only sold about half as many copies as its studio predecessor. The resulting tour was marked by injury, as Kiedis fell off stage during an early show, landing the singer in a cast. Making matters worse, he'd have another offstage tumble in Europe, with this mishap putting Kiedis in a back brace from some shows.

Once the dust had cleared, the band actually tried to give it another go. As the sessions completely broke down, Kiedis and Flea fired Navarro: "Anthony says it was because I tripped and fell over an amp while on drugs," Navarro told NME after the fact. "I say that he was on more drugs than me at that point. We both had a loose relationship with reality. Who do you want to believe?"

Convincing a recently rehabbed Frusciate to pick up where he'd left off, the Chili Peppers moved forward and mostly left the One Hot Minute era behind, rarely playing any of the songs in concert: "We don't really feel connected to that record anymore," Chad Smith revealed during a Reddit AMA. "No special reason, not to say we would never play those songs but we don't feel that emotionally connected to that music right now."