WATCH: Alphaville Remember DANCE WITH ME 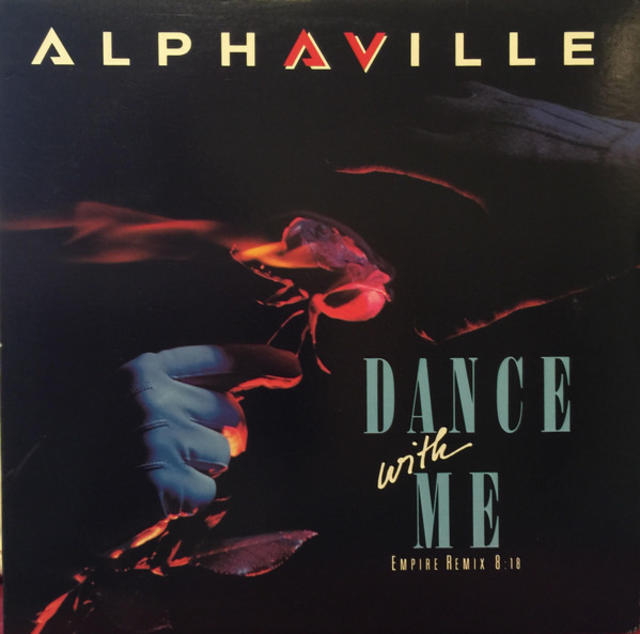 Alphaville remember. The German synth-pop legends are set to release remastered versions of the studio albums Afternoons in Utopia (1986) and The Breathtaking Blue (1989) on May 7, 2021. Singer Marian Gold and founding keyboardist Bernhard Lloyd recently connected with Piet Blank (of the group Blank & Jones) over Zoom to chat about those records, including the single "Dance with Me."

Originally released in March 1986 ahead of Afternoons in Utopia, the sweeping dance track was an international hit, crashing the top 10 singles charts in countries including Switzerland, Norway, Sweden, and Poland, where the track hit #1. In America, "Dance with Me" was a club sensation, peaking at #22 on the Billboard Dance/Club Play Chart.

"We were happy we had a single that everyone could agree on," deadpanned the band's original keyboardist, Bernhard Lloyd. "We didn't really realize how great of a song 'Dance with Me' actually is. So I'm absolutely happy that we have this live version on the reissue."

A rare live recording of "Dance with Me" as a stripped-down piano ballad captured in Salt Lake City, Utah, is among the extra tracks on the Afternoons in Utopia deluxe reissue.

"Actually, when we wrote the song, It was kind of a ballad. It was a sad song," chimed singer Marian Gold, the lone original member of Alphaville that's still in the group. "When we recognized the potential of it, and that it could be a single, we thought, how can we make it as an uptempo song? When you play it like a ballad, when you play it slow, this trivial line, 'Do you want to dance with me through one of those lonely nights,' becomes a very tragic, heartbreaking thing. It's like a double-faced kind of character that lives inside the song."

Over the years, "Dance with Me" has become an encore staple in Alphaville's live sets, with the group stretching the song's ending into a freeform jam to allow Gold to talk to the audience about loneliness. Recounting that the band rarely recorded live shows, that night in Salt Lake City was a moment that demanded to be captured for posterity.

"The version on the remastered version of Afternoons in Utopia is one of those moments. The very moment when we start playing the song, we don't know how the song will end. It's a complete improvisational thing. Thankfully, we recorded that moment. We said, OK, we'll record this Salt Lake City concert. It was the first time that we were playing live in North America. We played this version, and it went down great. I think it fits very nicely. It makes the remaster very complete."

Watch the full interview below.