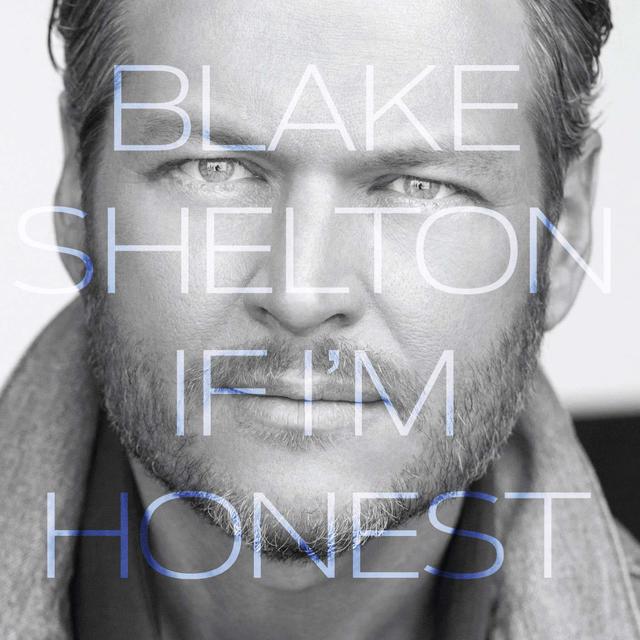 Blake Shelton is one of those good ol' boys sharp enough to always keep an eye what's new. By the time he rolled into 2016, Shelton was already doing pretty good--his previous release was a second greatest hits collection, Reloaded: 20 Number 1 Hits. The ideal scenario for his 10th studio effort, the aptly titled If I'm Honest. The album found the singer delivering the kind of classic country songs that made him famous, produced in a modern style that can rumble right next to the glossiest pop tunes.

A strong ballad singer, Shelton launched the If I'm Honest campaign with first single, "Came Here to Forget," in early March 2016. The track rocketed up the country charts, peaking at #1 on Country Airplay. "Came Here to Forget " got all the way to the #2 position on the Hot Country Songs Chart for the week of April 2, 2016. The tune that blocked Shelton from #1? Cole Swindell's "You Should Be Here."

The album's next big single was another ballad: "She's Got a Way with Words." Released June 13, 2016, the darkly comedic confessional track smirked all the way to #8 on the Hot Country Songs chart for the week of September 10, 2016. The #1 hot country track that week: Florida Georgia Line's "H.O.L.Y."

If I'm Honest delivered two more big singles. "A Guy with a Girl" (#1 US Country Airplay) and the aching "Every Time I Hear That Song," another #1 on the US Country Airplay chart. Shelton even gave one up for the Lord, with the Christian country single, "Savior's Shadow." The tune peaked at #14 on the US Christian Songs chart.

If I'm Honest will forever be famous for featuring "Go Ahead and Break My Heart," a collaboration with Gwen Stefani, with the pair taking turns writing the song's verses.

"We were just writing it about ... it was hard to kind of let our guards down again, you know what I mean?," Blake revealed to TODAY. "Just going through some issues, and so that's what the song was even written about. It's like, I know something bad is going to happen, because it always does, so let's just get it over with now." The song was strong enough to reach #13 on the Hot Country Songs chart.

"When my fans hear this new album for the first time, they're gonna realize that it's been a crazy, crazy past 12 or 13 months for me," Shelton told Pandora in May 2016 (via Rolling Stone). "If you had told me a year ago the changes that would have happened in my life, I would have called you a liar. And the surprise element, the ups and the downs, they're all in this record. That's why I'm calling it If I'm Honest, because I'm just telling it how I see it."

Released on May 20, 2016, If I'm Honest quickly struck a chord with Shelton's fans, who sent the LP all the way to debuting at #3 on the mainstream Billboard 200 album chart for the week June 11, 2016. The two albums that kept Shelton from the top spot? Drake's Views (#1) and Ariana Grande's Dangerous Woman.