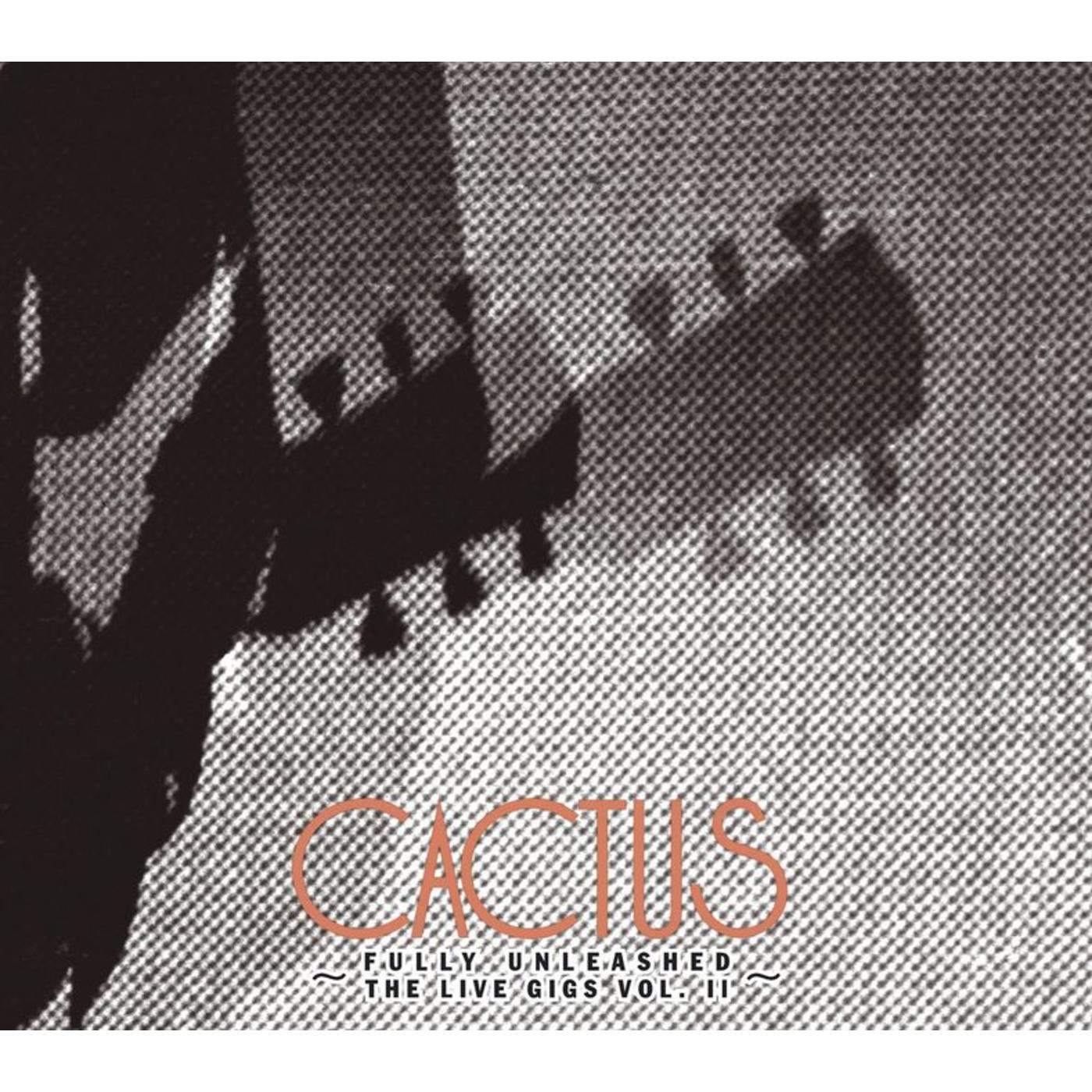 Rhino Handmade's got blisters on its fingers from all of the Cactus it's been handling! With the last highly-collectible release of live mayhem from Cactus fully sold out, we mined the archives to create another super sonic treat to quench your thirsty ears, FULLY UNLEASHED: THE LIVE GIGS, VOL 2. Offered in an individually numbered, limited edition of 5,000 copies, the 2-CD set presents a live recording of the last ever concert performed at Gilligan's in upstate New York by the legendary supergroup's original line-up - Tim Bogert (bass), Carmine Appice (drums), Jim McCarty (guitar) and Rusty Day (vocals). The concert is presented in its entirety, and twelve of the thirteen full-tilt tracks are previously unreleased. The date was June 26, 1971, "when," writes veteran music journalist Bill DeYoung in his essay, "Cactus was at its take-no-prisoners peak. He later notes, "Cactus toured incessantly, sharing bills with the top bands from both sides of the Atlantic. There was never anything 'showbiz' about them; the goal, both onstage and off, was to rock like there was no tomorrow." In suburban Buffalo, New York, the now defunct Gilligan's - once upstate NY's hottest rock venue - may have been a non-descript, cavernous club, but the incendiary Cactus date captured here is nothing short of extraordinary. Behind the mixing board of the Electric Ladyland Mobile Unit that night was the venerable Eddie Kramer, who, in addition to Cactus, engineered and produced for a who's who of rock and roll greats including The Faces, Led Zeppelin, the Beatles and Jimi Hendrix, whose Electric Lady studios he helped establish. "When I first listened to tapes of this show," Appice says, "I thought, 'Man, what a great band.' I was just really proud of the fact that the band kicked such major ass. In those days, we blew everybody we played with off the stage." The music backs up the recollection. Always cranked to 11 for a Gilligan's gig, Cactus' breakneck blues-rock boogie and sheer decibel force blasts the senses on stand-outs including an epic version of Mose Allison's "Parchman Farm" - one of the band's signature songs - the originals "Down Easy," "Walkin'" and "Bro. Bill" and the classic "Long Tall Sally." One can only imagine that just as Cactus blew other bands away night after night, the capacity crowed must have been fit to be wiped off the beer-soaked floor at show's end. The seminal quartet incarnation of Cactus formed in 1969. Originally, Tim Bogert and Carmine Appice - Vanilla Fudge's former rhythm section - conceived it as a supergroup that would include guitar-slinger Jeff Beck and Rod Stewart on vocals. As things happened, though, Stewart went off to join the Faces and Beck was sidelined by a serious auto accident. They then enlisted ex-Buddy Miles and Mitch Ryder's Detroit Wheels guitarist Jim McCarty and former Amboy Dukes singer Rusty Day. Often called "the American Led Zeppelin," this powerhouse line-up delivered three albums - Cactus, One Way...Or Another and Restrictions - before McCarty and Day departed in '72. Appice and Bogert recorded one more album, 'Ot 'N' Sweaty, with a different line-up before leaving to form Beck, Bogert and Appice. Appice and Bogert have continued to collaborate over the years, and in 2006, reformed Cactus with Jim McCarty and singer Jimmy Kunes (Savoy Brown). Rhino Handmade's FULLY UNLEASHED: THE LIVE GIGS, VOl. 2 is available as an individually numbered limited edition of 5,000 copies for $39.98. It is dedicated to the memory of original Cactus lead vocalist Rusty Day, who died in 1982.