Richard And Linda Thompson - Shoot Out The Lights 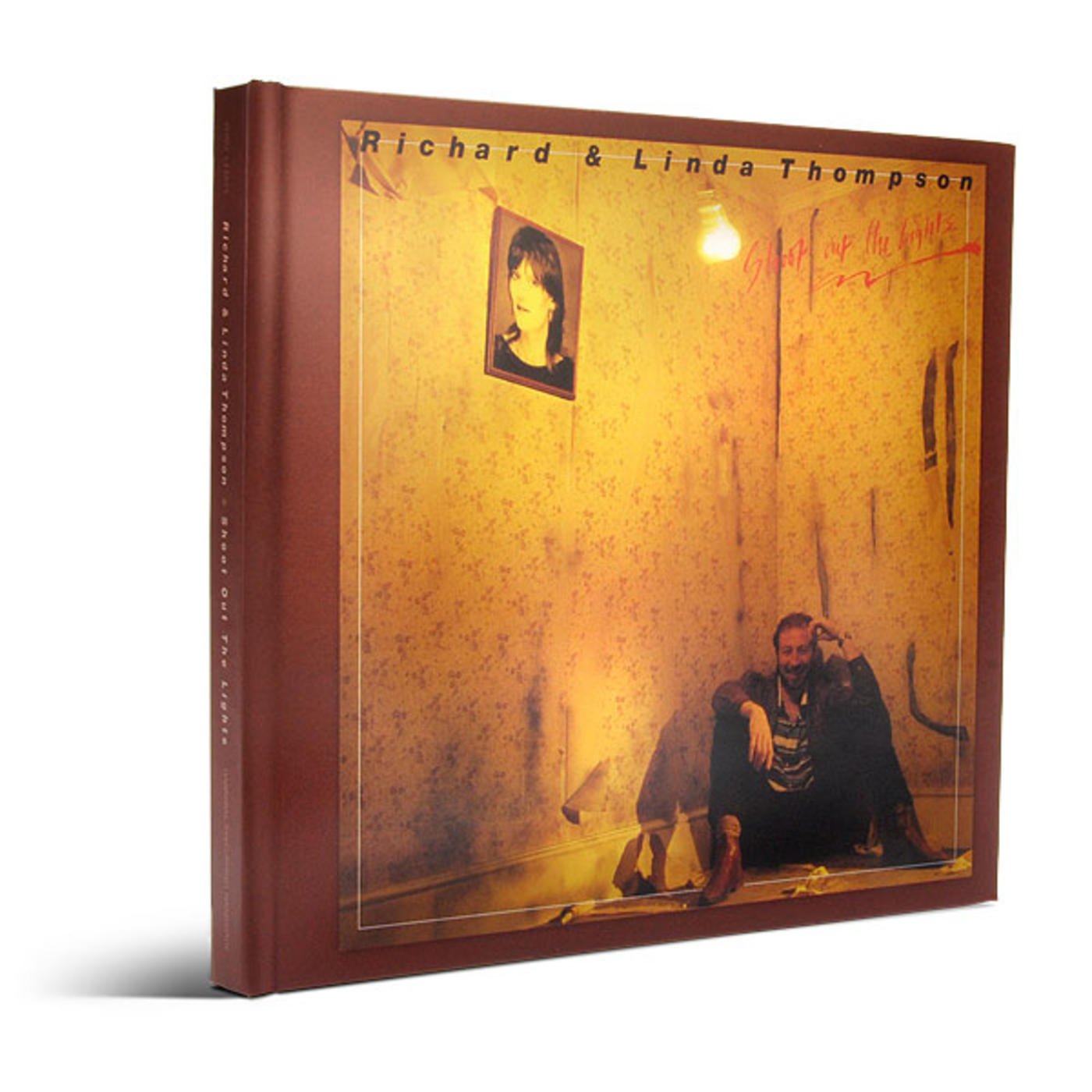 Shoot Out The Lights
Richard And Linda Thompson

Lock and load with a high-powered chronicle of one couple's failed marriage. Shoot Out The Lights is Richard and Linda Thompson’s final album together and, ironically, the folk-rock couple’s most artistically acclaimed and commercially successful. The album was recorded, scrapped, and rerecorded before finally emerging in 1982, arriving just around the time that the couple split up. Despite the separation, they embarked upon a U.S. tour to promote the album, delivering emotionally charged performances at every turn.

Rhino Handmade reissues the couple’s legendary swan song as a two-disc deluxe edition that includes the original album along with a bonus disc of 11 unreleased live performances from the tour.

SHOOT OUT THE LIGHTS’ circuitous path began in 1980 when Scottish singer-songwriter Gerry Rafferty—who’d toured with the Thompsons that year—produced and financed the album, hoping it would earn the unsigned couple a new record contract. Failing to secure a record deal, the album was eventually shelved.

The Thompsons persevered, signing with producer Joe Boyd’s independent Hannibal Records the following year. They quickly returned to the studio with several musicians from the Rafferty sessions—guitarist Simon Nicol, drummer Dave Mattacks, and bassist Pete Zorn—and rerecorded six songs from the previous sessions plus two new songs. In contrast to the drawn-out sessions with Rafferty, Boyd recorded the album live in just three days, an approach that highlighted the band’s spontaneity and gave the songs a palpable edge. In the reissue’s liner notes Zorn quips: “The album’s so good, we did it twice!”

The release of SHOOT OUT THE LIGHTS and a planned U.S. tour were put on hold until 1982 to give Linda time to recover from the birth of the couple’s third child. Sadly, when the tour finally began that spring, the Thompsons’ marriage was over.
The bonus disc documents the tumultuous tour with 11 unreleased live performances, all but one taken from shows in San Francisco and Santa Cruz, California. The songs draw from the Thompsons’ records together, including three from SHOOT OUT THE LIGHTS, “Back Street Slide,” “Did She Jump Or Was She Pushed?” and the title track; “Borrowed Time” from Sunnyvista (1979); “Pavanne” from First Light (1978); and “For Shame Of Doing Wrong,” “Dargai,” and “Dimming Of The Day” from Pour Down Like Silver (1975). Several covers are also featured: Hank Williams’ “Honky Tonk Blues,” “I’m A Dreamer” by Fairport Convention singer Sandy Denny, and Bob Dylan’s “I’ll Keep It With Mine,” a song Richard covered with Fairport Convention on 1969’s What We Did On Our Holidays.

The set’s accompanying 40-page booklet includes details about the album and tour from Richard, Linda, the band, and Boyd, who recalls the fraught tour: “Linda kicked Richard in the shins during a guitar solo in Providence and threw a bottle at him in the Buffalo airport, but sang with an intensity I’d never heard before. Gone was the hesitant tone; the heartbreaking ballads poured out of her and mesmerized audiences. The band, meanwhile, kept their heads down and amazed the Yanks with their precision and power. Richard was his usual genius self, only more so.”