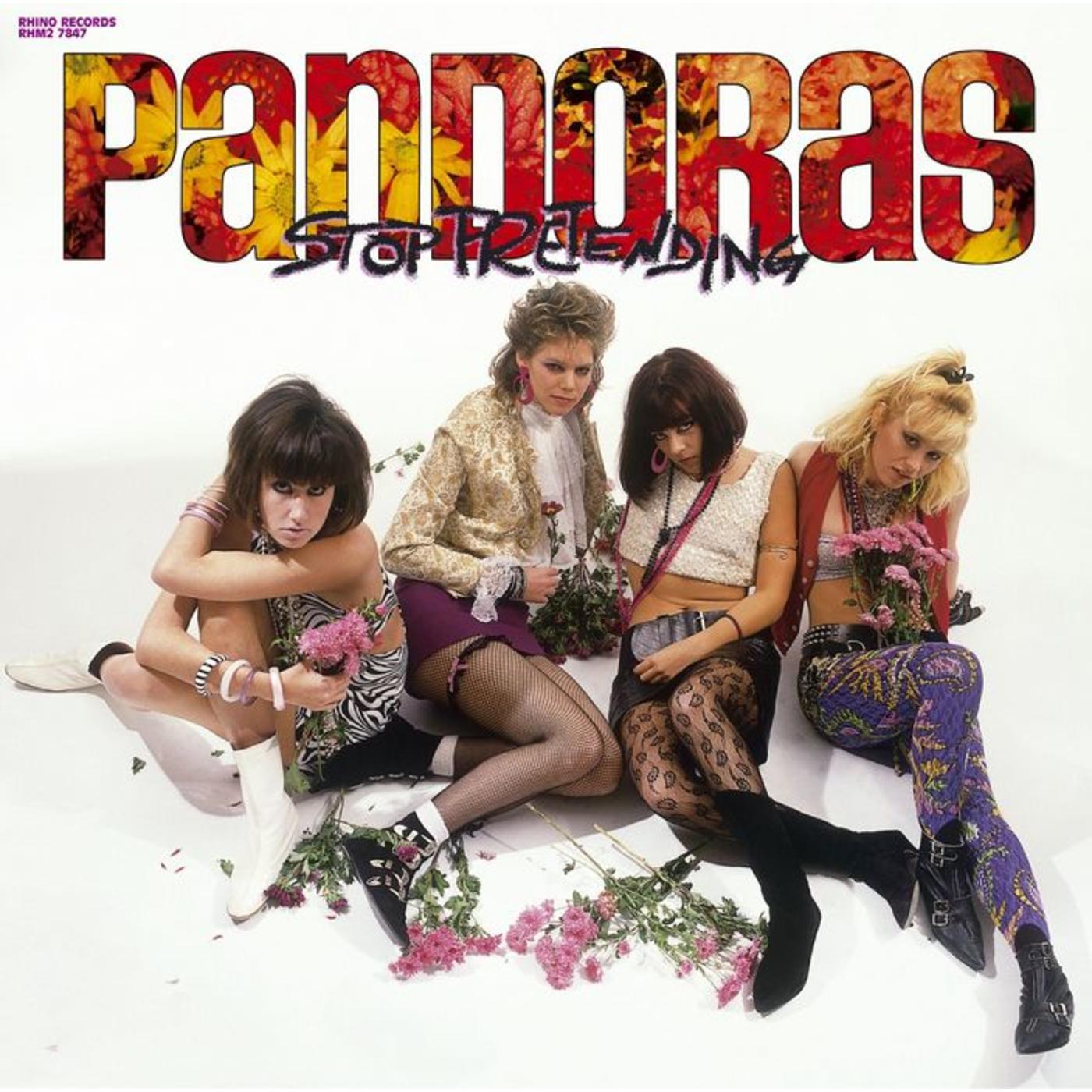 Sixties rock wasn't always such a popular source of inspiration for post-Baby Boom musicians. Not only were The Pandoras paying homage before most, they were as good as their influences -- Paul Revere And The Raiders, The Standells, and the Shadows Of Knight, to name a few. Mixing pop pleasure with proto-riot grrrl bravado, they helped re-invigorate garage rock in the early '80s. The focal point of the all-female Pandoras was Paula Pierce, a saucy rocker whose brazen style and playful sexuality quickly became legendary on the L.A. scene. Joined by drummer Casey Gomez, bassist Debbie Mendy, and keyboardist/vocalist Gwynne Kahn, they signed with Greg Shaw's much-loved retro-garage label Bomp!, replaced Mendy with Bambi Lee Conway, and released their debut album, It's About Time, to considerable acclaim. But all was not well in the ranks. After a series of disagreements, Pierce parted with the band and lost the band name to Kahn, who had already registered it. Kahn also took the remaining members for what would be popularly known as the "Gwynnedoras." Pierce responded by recruiting new members Melanie Vammen on keys, Karen Blankfeld on drums, and Julie Patchouli on bass -- the "Pauladoras" side of the standoff. Verbal jabs were frequently exchanged, and ultimately Pierce's band (the one that would release this and subsequent records) won the fans' endorsement. Beginning with a bikini-clad cover photo for their next single, "Hot Generation," The Pandoras flaunted their sexuality with fun and abandon, winning the adoration of a new generation of "girl-band geeks." Patchouli was replaced by Kim Shattuck and the band signed with Rhino to record this album. Stop Pretending, released in 1986, contains The Pandoras' finest batch of songs. It also captures their creative synergy at its peak, spilling over with taut rhythms, feisty guitars, and wailing keyboards. Even its crotch-rock caterwaul had roots in the right region -- Pierce was known to pleasure herself in the vocal booth in order to hit the high notes. Evolving into a bigger, slicker rock outfit, The Pandoras made subsequent records for Elektra and then Restless, but none of them captured the elemental magic of the mid-'80s material. Vammen and Shattuck eventually joined the immensely popular Muffs. Pierce died unexpectedly of an aneurysm in 1991. This Rhino Handmade release presents Stop Pretending in its entirety, as well as 10 bonus tracks, including the b-side "The Hump," the pre-LP recording "I Want My Caveman," and eight demos. All tracks have been remastered from original sources. Liner notes include an essay by Paul Grant and many rare photos. Stop Pretending is available as an individually numbered limited edition of 2,500 copies.