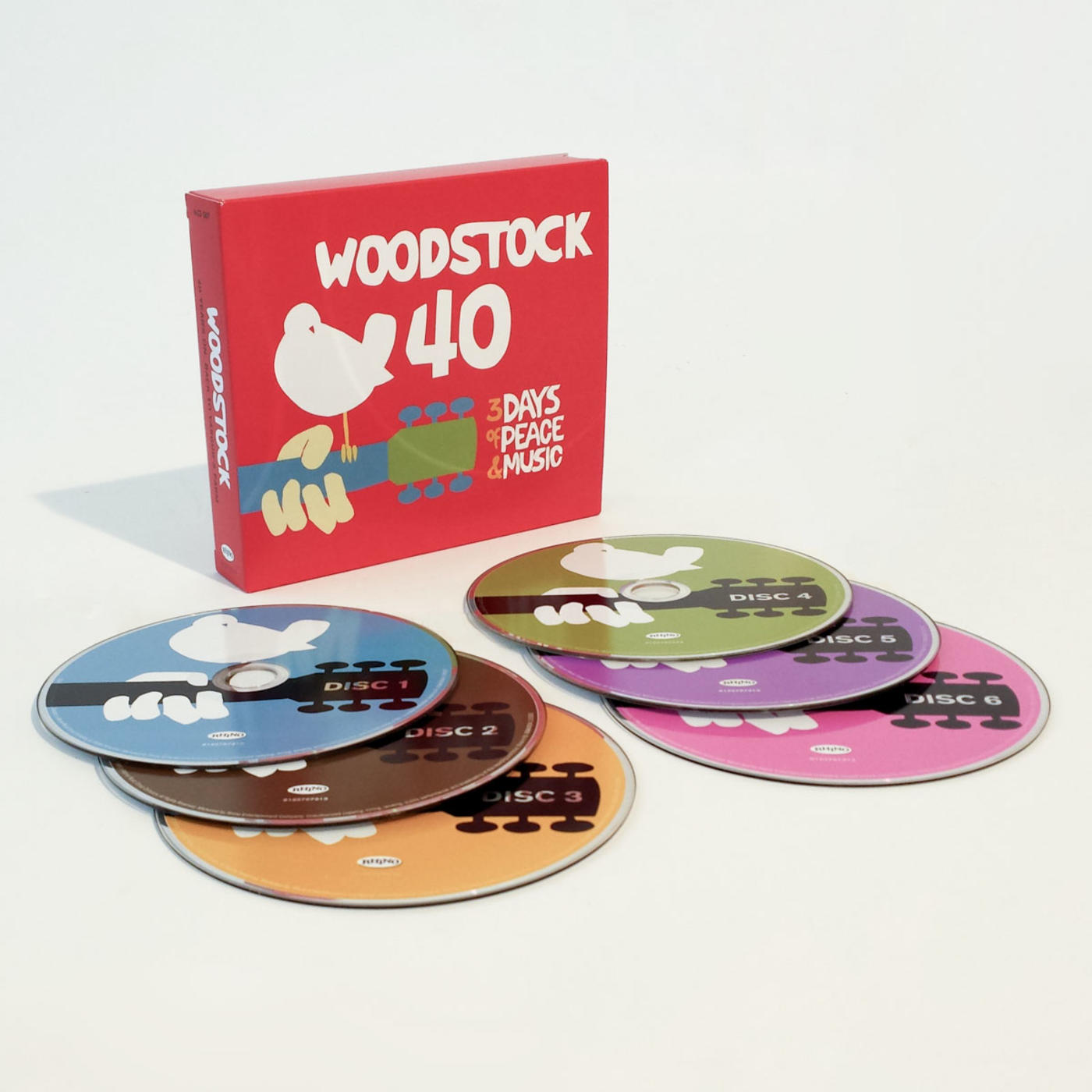 Hippies, yippies and yuppies flocked to Yasgur's Farm in 1969 in search of music and a good time, but as the big name bands rolled in so did the crowds (a half million people!) - and so it was that a relatively small “aquarian exposition” transformed into a counterculture movement that changed rock'n'roll history forever. WOODSTOCK-40 YEARS ON, the most comprehensive collection of Woodstock performances ever, is a 77-song, four-CD boxed set that contains 38 previously unreleased recordings, sequenced in the chronological order in which they occurred.

After a labor-intensive process of reviewing every inch of multi-track tape, co-producer Andy Zax selected the very best from each of the 33 sets and furthered the collection's authenticity by including stage announcements, set banter, the sounds of rain, a cameo appearance by Abbie Hoffman, and the graciousness of Max Yasgur's address to the crowd, heard for the first time in its entirety. Also for the first time ever, the complete and accurate set lists will be included in the box's booklet.    Highlights from this extraordinary collection are plentiful, but stand-outs certainly include never-before-released tracks and previously unissued full-length versions of performances by Ravi Shanker, Country Joe McDonald, Grateful Dead, Creedence Clearwater Revival, The Who, Joe Cocker, Country Joe & The Fish, The Butterfield Blues Band, and Sha Na Na.