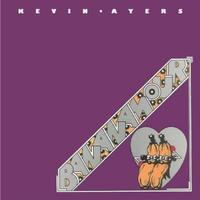 Bananamour (Album of the Day)

Kevin Ayers was the first member of legendary Canterbury group Soft Machine to launch a solo career, and his four albums for Harvest remain unheralded progressive rock gems. The last of these, BANANAMOUR, filters some of the singer-songwriter's most accessible material through his relentlessly diverse approach; the 1973 collection shifts effortlessly from psychedelia to glam to punchy R&B and beyond. Gong guitarist Steve Hillage and former bandmates Mike Ratledge and Robert Wyatt can all be heard here, while a couple of Ayers' other musical friends helped inspire songs: Syd Barrett (single “Oh! Wot A Dream”) and Nico (the ethereal epic “Decadence”). BANANAMOUR turns 45 this month, and ranks among the British eccentric's crowning achievements. 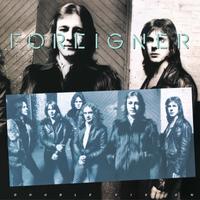 Though half the band was British (hence the name), America embraced Foreigner with open arms in the late 1970s. Founded by journeyman guitarist Mick Jones and powered by Lou Gramm's strong vocals, the group was an immediate smash, their debut album going multi-platinum.  Foreigner's follow-up was even more successful; 1978's DOUBLE VISION ruled the U.S. Top Ten for half a year thanks to the hit singles “Hot Blooded,” “Blue Morning, Blue Day” and the title number. The Expanded Edition of this arena rock classic adds swaggering live versions of “Hot Blooded” and rare song “Love Maker” to the original 10 tracks. In honor of Gramm's birthday, we'll give DOUBLE VISION another spin today. 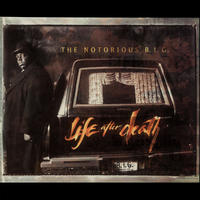 Life After Death (Album of the Day)

The Notorious B.I.G. rose quickly to the top of East Coast hip-hop with a brilliant debut; unfortunately, Biggie's reign was brief - he was killed just weeks before the release of follow-up album LIFE AFTER DEATH. The acclaimed collection picks up right where READY TO DIE left off, and like its predecessor, is peopled with thugs and playas trying to survive some very mean streets. As befits its epic 24-track length, the set features a small army of talented producers (Sean "Puffy" Combs, RZA, Easy Mo Bee) and guest rappers (Jay-Z, Lil' Kim, Bone Thugs-n-Harmony) while remaining the product of a singular vision. Though filled with violent drama, LIFE AFTER DEATH also sets its sights on mainstream radio with the catchy beats of "Mo Money Mo Problems,” the unexpected optimism of “Sky's The Limit” and “Hypnotize,” which became a posthumous #1 hit on this day in 1997. 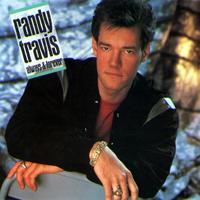 Always & Forever (Album of the Day) 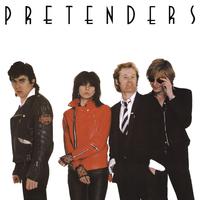 Pretenders (Album of the Day)

The 1980 self-titled release by Pretenders was a record that classic rock, new wave and punk fans all could love. Its dozen tracks include such distinctive originals as “Precious,” “Kid,” “Mystery Achievement” and the hit single “Brass In Pocket,” as well as an inspired cover of The Kinks' “Stop Your Sobbing.” That former music journalist Chrissie Hynde would prove an outstanding songwriter may not have been a surprise, but her alternately tough and tender vocals surpassed all expectations; throw in a top-flight guitarist (James Honeyman-Scott) and rhythm section (bassist Pete Farndon and drummer Martin Chambers) and you have a band ready to take on the world. PRETENDERS made the Top 10 on the Billboard chart, went platinum and is still cited as one of the greatest debuts of all time. We'll give it another spin now in honor of Farndon, who was born on this day in 1952. 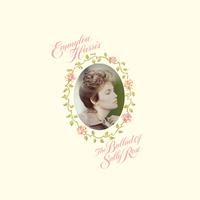 The Ballad of Sally Rose (Album of the Day)

For years, Emmylou Harris used “Sally Rose” as an alias on tour, so when she started writing songs about a singer whose lover and mentor - a hard-living, hard-drinking musician - is killed while on the road, the name was a natural fit. Based loosely on her time with influential singer-songwriter Gram Parsons, 1985's THE BALLAD OF SALLY ROSE was Harris' first self-composed album and remains one of her favorites. Highlights include the singles “White Line” (which reached #14 on the country charts) and “Rhythm Guitar” with Waylon Jennings on lead guitar. In addition, Dolly Parton and Linda Ronstadt sing harmony throughout the album. Now available from Rhino, a two-disc Expanded Edition of THE BALLAD OF SALLY ROSE features a newly remastered version of the original along with unreleased demo recordings for 10 tracks, most of which feature the stripped-back intimacy of Harris alone on acoustic guitar. 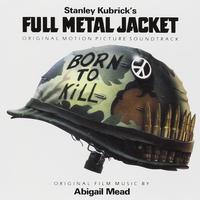 Stanley Kubrick movies are noted for their brilliant visuals, but their soundtracks are equally distinctive; case in point: FULL METAL JACKET. For the harrowing tale of fresh recruits transformed into killing machines during the Vietnam war, the legendary director combed through the Billboard singles charts of the mid-1960s to come up with such period classics as “These Boots Are Made For Walkin'” and “Surfin' Bird.” Along with a terrific version of “The Marines Hymn,” the film features dark and atmospheric music scored on the Fairlight CMI synthesizer by “Abigail Mead” - a pseudonym for Kubrick's daughter Vivian. The 1987 film brilliantly juxtaposes the horror and absurdity of war, and the FULL METAL JACKET ORIGINAL MOTION PICTURE SOUNDTRACK shows both of those sides to striking effect. 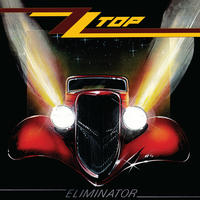 SONG OF THE DAY - "Sharp Dressed Man" (Album of the Day)

Veteran Texas trio ZZ Top scored the biggest album of its career in 1983's ELIMINATOR, which went 10x platinum thanks to heavy rotation on both radio and MTV. Such iconic tracks as “Sharp Dressed Man” were tailor-made for music videos; this one features an L.A. nightclub worker whose luck with the ladies improves after some encouragement from the band. As you'd expect, Billy Gibbons, Dusty Hill and Frank Beard display a lot more sartorial style than in their TRES HOMBRES days, and the anthem has been adopted as the title of at least one ZZ Top book. If you're stuck for ideas about what to get dad for Father's Day, take a lesson from our Song of the Day and get him something nice to wear -  'cause everybody's crazy 'bout a “Sharp Dressed Man.” 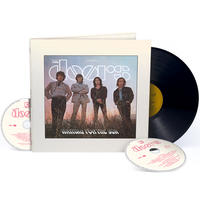 Waiting for the Sun (50th Anniversary Edition) (Album of the Day)

Released 50 years ago today, The Doors' WAITING FOR THE SUN was the band's third platinum album in less than two years and the first to top the album chart. The collection has sold millions of copies around the globe and contributed to the Doors' legendary canon with classics like “The Unknown Soldier,” “Five To One” and the #1 smash “Hello, I Love You.” This summer, Rhino commemorates the golden anniversary of the album with a Deluxe Edition featuring a new version of the original stereo mix on both CD and 180-gram vinyl LP, remastered by longtime Doors engineer/mixer Bruce Botnick. The WAITING FOR THE SUN: 50th ANNIVERSARY DELUXE EDITION also includes a second CD of 14 completely unreleased tracks: nine recently discovered “rough mixes” from the album recording sessions and five live songs from a 1968 Copenhagen show. 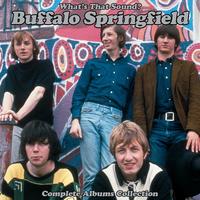 What's That Sound? The Complete Albums Collection (Album of the Day)

Canadian transplants Neil Young and Bruce Palmer intersected with Stephen Stills, Richie Furay and Dewey Martin in 1966 to form one of the truly great Los Angeles bands; Buffalo Springfield released three studio albums on ATCO during its intense two-year existence. Newly remastered from the original analog tapes under the auspices of Neil Young, WHAT'S THAT SOUND? THE COMPLETE ALBUMS COLLECTION includes stereo mixes of all three albums, plus mono mixes for the first two. The pioneering folk- and country-rock on the group's self-titled debut (“For What It's Worth”), BUFFALO SPRINGFIELD AGAIN (“Rock And Roll Woman,” “Mr. Soul”) and LAST TIME AROUND (“Kind Woman,” “Uno Mundo”) earned the quintet a place in the Rock and Roll Hall of Fame. Enjoy some musical fireworks today with the new WHAT'S THAT SOUND? boxed set!