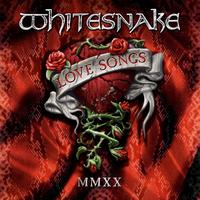 Whitesnake brings together some of the most-passionate music of its multi-platinum career on LOVE SONGS, a new collection that contains remixed and remastered versions of the group’s best love songs. The second release in the band’s “Red, White and Blues Trilogy,” the new collection includes a mix of hits and deep tracks that were originally released between 1987 and 2011 on five Whitesnake studio albums and David Coverdale’s third solo album, Into the LIGHT. “Pretty much all the songs I write are love songs in some way, shape or form,” notes band founder Coverdale. “Not all are ballads. Some are out-and-out rockers with powerful romantic themes … and of course … include heavy breathing in all of them!” Among the 15 tracks on LOVE SONGS are such Whitesnake favorites as “Is This Love,” “The Deeper The Love” and “Now You’re Gone.” 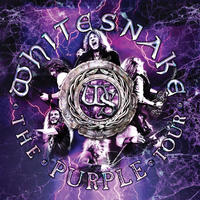 THE PURPLE TOUR (LIVE) (Album of the Day)

David Coverdale handled lead vocal duties for Deep Purple on three of the British band's albums before forming his own group, Whitesnake, in 1978. The ties between the two bands were reinforced in 2015 with the release of THE PURPLE ALBUM, which offered fans modern interpretations of DP classics like “Burn” and “Mistreated.” The new concert collection THE PURPLE TOUR (LIVE) presents highlights from the supporting tour, with scorching versions of Purple favorites including “You Fool No One,” “The Gypsy” and “Soldier Of Fortune” alongside such Whitesnake hits as “Here I Go Again.” “Each member of the band brought their incredible individual talents and a real band identity to this music,” noted Coverdale of Whitesnake's take on mid-'70s Deep Purple, and THE PURPLE TOUR (LIVE) enriches the legacy of both hard rock legends. 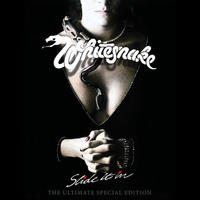 Slide it In (Ultimate Edition) (Album of the Day)

Whitesnake scored its first platinum-selling album in 1984 with SLIDE IT IN, a release that has sold more than six million copies worldwide thanks to hard-rocking songs like "Love Ain't No Stranger," "Slow An' Easy" and the title track. The album turns 35 this year and in honor of the anniversary, a 6-CD/1-DVD version has just been released. The Ultimate Special Edition includes newly remastered versions of both the U.K. and U.S. mixes of the album plus unreleased live and studio recordings, music videos, concert footage and a new interview with Whitesnake founder and frontman David Coverdale. As the singer notes, "SLIDE IT IN was always meant to be a structured, more electric modern take on the classic blues-based hard rock that Whitesnake were famous for, but our new Hook City Hooligan, Mixer Extraordinaire Christopher Collier, has hand-tooled this classic record for the 21st century."

Live At Donington (Album of the Day) 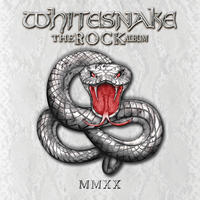 The Rock Album (Album of the Day)

Whitesnake brings together some of the hardest-hitting tracks of its multi-platinum career on THE ROCK ALBUM, a new collection that features revisited, remixed and remastered versions of the group’s best rock songs. The first release in the band’s “Red, White and Blues Trilogy” of compilations organized by musical themes, the set spans more than three decades with songs originally released between 1984 and 2011 on six Whitesnake studio albums (plus a track from founder David Coverdale’s 2000 solo album). Among the many highlights are “Love Ain’t No Stranger,” “Still Of The Night” and the #1 smash “Here I Go Again.” THE ROCK ALBUM also features such rarities as an alternate arrangement of “Tell Me How” and the debut of “Always The Same,” a previously unreleased song that was recorded last year. 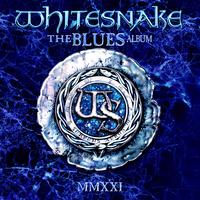 The Blues Album (Album of the Day)

Whitesnake celebrates the blues sound that helped inspire its multi-platinum career on a new collection that features remixed and remastered versions of the group’s best blues-rock songs. THE BLUES ALBUM is the third and final release in the band’s Red, White and Blues Trilogy, a series of compilations organized by musical themes that began this year with Love Songs (red) and The Rock Album (white). “'Blues' to me is a beautiful word that describes emotional expression,” notes band founder David Coverdale, “be it feelings of sadness, loneliness, emptiness … but also those that express great joy, celebration and dance, sexiness and love!” Now available, THE BLUES ALBUM delivers a potent mix of hits and deep tracks that originally appeared between 1984 and 2011 on six Whitesnake studio albums and Coverdale’s solo album, INTO THE LIGHT. 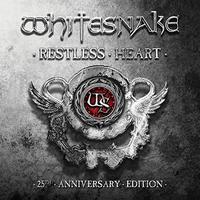 Whitesnake founder and frontman David Coverdale was gearing up to record his third solo album when, in the wake of the group’s massive global success, his record label prevailed upon him to change course and release RESTLESS HEART under the David Coverdale & Whitesnake moniker. Powered by singles “Too Many Tears” and “Don’t Fade Away,” the 1997 album was a Top 40 hit in the U.K. but surprisingly was never released in the U.S. - until now. With the vocalist joined by such talented musicians as Adrian Vandenberg, Denny Carmassi and Guy Pratt, the 2-CD RESTLESS HEART DELUXE EDITION features a newly remixed version of the collection that’s closer to the sound Coverdale initially intended for his solo set, plus a remastered version of the original album including three bonus tracks from the Japanese release. 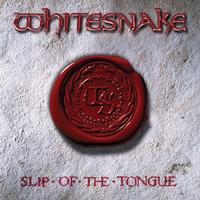 Slip of the Tongue (Album of the Day)

Following the 8x platinum success of their eponymous album in 1987, Whitesnake returned two years later with its eighth studio set, SLIP OF THE TONGUE. At the time, the band included founder and lead singer David Coverdale, bassist Rudy Sarzo, drummer Tommy Aldridge, and guitarists Adrian Vandenberg and Steve Vai. The 1989 EMI release became the group’s third consecutive platinum record, peaking at number 10 on the U.K. and U.S. album charts thanks largely to its two Top 40 hits – “Fool For Your Loving” and “The Deeper The Love.” Three decades after its release, this fan favorite still rocks ferociously, and SLIP OF THE TONGUE is an ideal way to celebrate March Metal Madness. 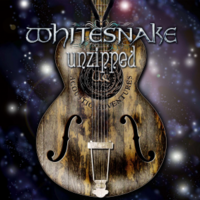 Unzipped (Album of the Day)

While it was the hard rocking sound of hits like “Still Of The Night” and “Give Me All Your Love” that brought Whitesnake worldwide, multi-platinum success, founder and frontman David Coverdale has never been a stranger to the occasional ballad. The band revisits some of its best unplugged and acoustic-based performances from the last two decades on the new UNZIPPED. The collection includes rare and unreleased versions of songs like “Summer Rain” and “Forevermore” from the band's recent studio albums GOOD TO BE BAD and FOREVERMORE as well as songs like “Love Is Blind” from Coverdale's 2000 solo album and the previously unreleased “All The Time In The World.” “Some songs ask for a softer touch,” notes the vocalist of UNZIPPED. “These songs are some of the most personal I've been involved with through my almost five decades as a professional musician.” 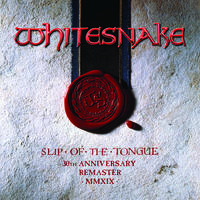 Slip of the Tongue (30th Anniversary Edition) (Album of the Day)

Following the 8x platinum success of their eponymous album in 1987, Whitesnake returned two years later with its eighth studio set, SLIP OF THE TONGUE. The 1989 release became the group’s third consecutive platinum record, peaking at number 10 on the U.K. and U.S. album charts thanks largely to its two Top 40 hits – “Fool For Your Loving” and “The Deeper The Love.” The fan favorite turns 30 this year and Rhino is celebrating with several new versions, including a colossal 7-disc boxed set. Now available, SLIP OF THE TONGUE: 30th ANNIVERSARY EDITION includes a newly remastered version of the original, plus unreleased studio recordings, audio and video of the band’s performance at the 1990 Monsters of Rock festival and a new interview with founder and lead singer David Coverdale.