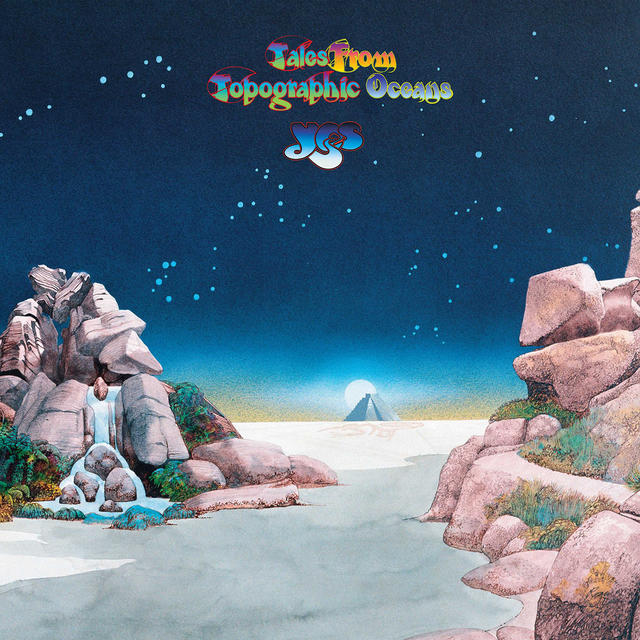 45 years ago today, Yes released their famed TALES FROM TOPOGRAPHIC OCEANS album, which is a fine excuse to sit down and deliver five things about this groundbreaking double-LP set that you might not be aware of.

While in Tokyo in March 1973, Jon Anderson was reading Parmahansa Yogananda’s Autobiography of a Yogi when he was – to use his own choice of phrase – “caught up in a lengthy footnote,” one describing the four bodies of Hindu text. Anderson suddenly had the idea to do an album revolving around these bodies, dedicating a side to each one. In short order, Anderson entered into conversation with Steve Howe about the idea, and the next thing you know, the process of writing TALES FROM TOPOGRAPHIC OCEANS.

Anderson wanted to record in the countryside, and Rick Wakeman felt the same way. Howe and Chris Squire, however, wanted to record in London. Alan White, meanwhile, was Switzerland, not really caring about the location one way or the other. Eventually, they stayed in London and recorded the album at Morgan Studios, but a compromise of sorts was made to the décor of the studio, which we’re about to discuss.

While this sounds so ridiculous that you’d be well within your rights to wonder, “Are you having a laugh? Is the band having a laugh? Surely this can’t be true!” But it is, and there are plenty of witnesses to the décor, including one Ozzy Osbourne, who – along with his bandmates in Black Sabbath – was recording SABBATH BLOODY SABBATH at the same time. Ozzy reported that there was a model cow with electronic udders and a small barn, among other items, including bales of hay on which Wakeman placed his amplifiers and keyboards.

It’s been reported that Wakeman spent a good chunk of his time during the sessions in the studio bar, where he would alternate between drinking and playing darts. He also ended up joining in on Black Sabbath’s sessions, playing a Minimoog on “Sabbra Cadabra.”

The story goes like this: Anderson left the studio with the band’s co-producer, Eddy Offord, who had the tapes of the album in hand. When he got his car, he set the tapes atop the vehicle in order to find his keys. Upon doing so, he unlocked the car door, hopped in, turned the ignition, and drove off…with the tapes still sitting on the roof. Realizing relatively quickly what he’d done, Offord realized that they’d slid off the roof and were sitting in the middle of the road. Anderson rushed back to the scene, and it’s a good thing he did: there was a bus heading their way, and if he hadn’t been there… Well, perish the thought!