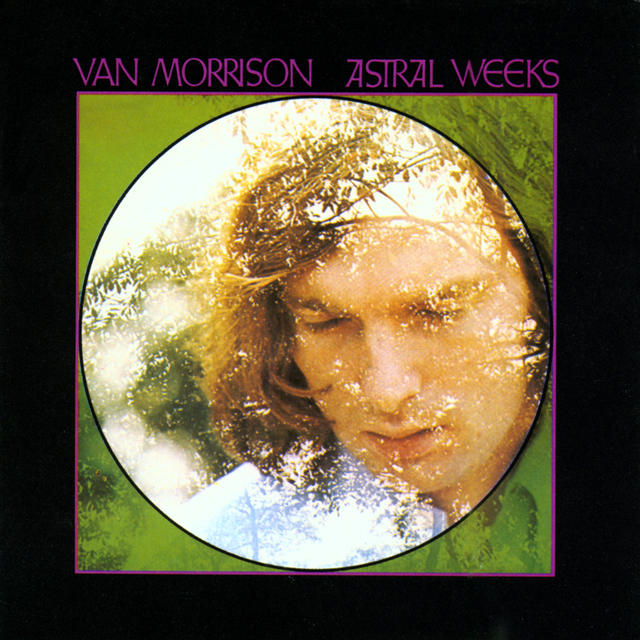 It was 50 years ago this week that Van Morrison released ASTRAL WEEKS, an album which is to Morrison’s back catalog what PET SOUNDS is to the Beach Boys’ discography. In other words, it’s damned near as perfect an album as exists, and it’s to be cherished. To celebrate this anniversary, we’ve put together a list of five things that you may or may not know about this classic LP, so give it a read and give the album another listen.

1. Warner Brothers probably didn’t know what they were getting when they signed Morrison.

In 1968, Morrison was married to Janet Rigsbee and living in Boston, bound to a contract with Bang Records which kept him from recording anything new and effectively left him unable to secure club dates in New York City, but he was still a known commodity thanks to the success of his single “Brown-Eyed Girl.” As such, Warner Brothers approached him about recording for their label, and while it took some fierce wrangling to work through his legal attachment to Bang, they managed to make it happen and signed Morrison. Thankfully, Morrison’s team at Warner’s fell in love with the music Morrison was making: producer Lewis Merenstein has gone on record as saying that he started crying the first time he heard the title track to Astral Weeks.

2. There were no singles released from the album.

Granted, ASTRAL WEEKS is very much an LP that’s best absorbed as a whole rather than on a song-by-song basis, but it’s still surprising to look back and realize that Warner Brothers opted out of issuing any singles at all. To be fair, it’s probable that it had something to do with avoiding any issue with Bang Records, who designed that Morrison had to assign the label’s publishing company half of the copyright to any musical composition written and recorded by Morrison and released as a single within one year from 12 September 1968. Still, it’s a shame that “Sweet Thing” never had a shot at the charts.

3. John Cale was recording in the studio next door to Morrison during the ASTRAL WEEKS sessions.

It should also be noted, however, that Cale perpetuated an inaccurate claim about Morrison’s sessions, namely that Morrison was so difficult to work with that he eventually ended up doing the entire album on acoustic guitar, after which the rest of the music was overdubbed his recordings. In fact, there are plenty of folks who worked on the LP who can vouch for the fact that they were involved in the process, as you can read right here.

4. The album inspired the first 15 minutes of Taxi Driver.

Well, supposedly, anyway. That’s what Martin Scorsese told Greil Marcus, anyway. In his 1978 essay “Save the Last Waltz for Me,” Marcus wrote about visiting Scorsese and having the director put Morrison’s album on the stereo, and when “Madame George” came on, Marcus admitted to Scorsese that he’d put on his favorite album of all time. Scorsese’s reply: “I based the first fifteen minutes of Taxi Driver on ASTRAL WEEKS, and that’s a movie about a man who hates music.” Marcus theorized that Scorsese “must be talking about the sense of doom, or anyway fate, that Morrison insists on.”

5. Although it remains one of the most critically acclaimed albums of all time, ASTRAL WEEKS didn’t actually go gold until 2001.

As Andrew Ford wrote in his 1997 book  Illegal Harmonies: Music in the 20th Century, "Neither instant nor evanescent: Astral Weeks will sell as many copies this year as it did in 1968 and has every year in between.”