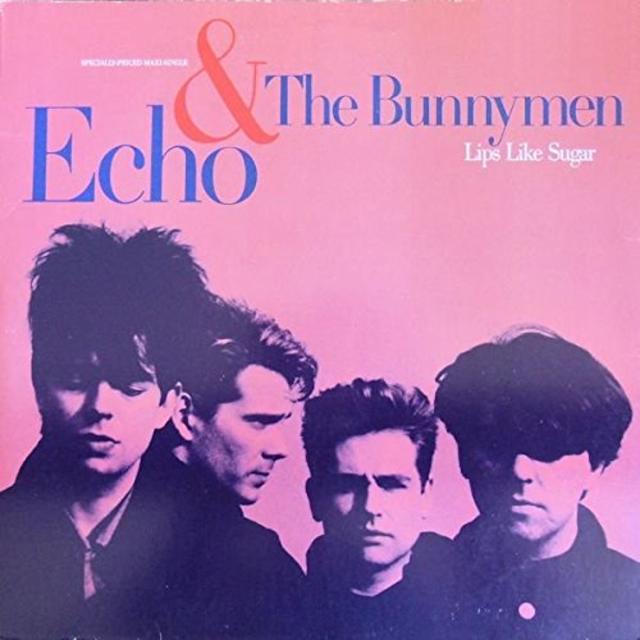 By 1987, Echo & the Bunnymen were genuine cult heroes in America. The band's 1984 album, Ocean Rain, was a breakthrough release around the world. Boasting such instantly classic tracks as "The Killing Moon" and "Seven Seas," the LP peaked at #4 in England, and crashed the U.S. mainstream to reach #87 on the Billboard 200.

As the group enjoyed its newfound success, manager Bill Drummond (who'd later form the band KLF) suggested Echo & the Bunnymen take time off to recharge and discover new musical influences. It was during this time when things began to fracture in the Bunnymen universe. By the end of 1985, Drummond had quit managing the band, and drummer Pete de Freitas decided he'd had enough as well.

Now with new management, Echo & the Bunnymen cycled through a pair of drummers--Sterling Campbell of Haircut 100 fame, and David Palmer of ABC--before De Freitas decided he wanted back into the fold. The band had been working with producer Gil Norton (Pixies), but that too would ultimately fall through. Finally settling on Laurie Latham to handle production duties, they recorded what was essentially a comeback LP. The self-titled affair arrived in early July, 1987. It was the second single from the album, "Lips Like Sugar," that proved to be the charm, especially in America, when it arrived in August 1987.

"It just started started building," guitarist Will Sergeant told Songfacts in 2017 about the band's popularity at the time. "It was building naturally, and then we ended up doing the Greek Theater in Hollywood and the sheds and places like that. All of the sudden the crowd started changing - they'd become, like really young kids. You're thinking, Why? It was just weird. I'd be walking around with Les [Pattinson, bass] and Pete [de Freitas, drums] in the crowd and no one knew who were were. It all changed. It was just odd. Right around 'Lips Like Sugar,' it really changed."

While the song somehow didn't chart in America, it had a tremendous impact on college radio and MTV, with the upstart cable network spinning the Anton Corbijn-directed black and white music video in heavy rotation on specialty show 120 Minutes.

"It was an OK song, I suppose, but it didn't sound like us," single Ian McCulloch shrugged to Q magazine in 1992, having been taxed by the record label to craft a hit record. "We just got sucked into a new mentality on that last album, the sound of Radio America." The singer's attitude towards the tune had mellowed by 2005, when he told Record Collector, "It may have a few synthetic twinkles on it, but the song itself was strong enough to shine through."

FUN FACT: While recording the Echo & the Bunnymen album, the band recorded a version of the Doors' 1967 single "People Are Strange" for the soundtrack of the 1987 film The Lost Boys. Doors keyboardist Ray Manzarek was brought in to play on the song, which is currently out of print. While in the studio, Manzarek also contributed keyboards to album track "Bedbugs and Ballyhoo."