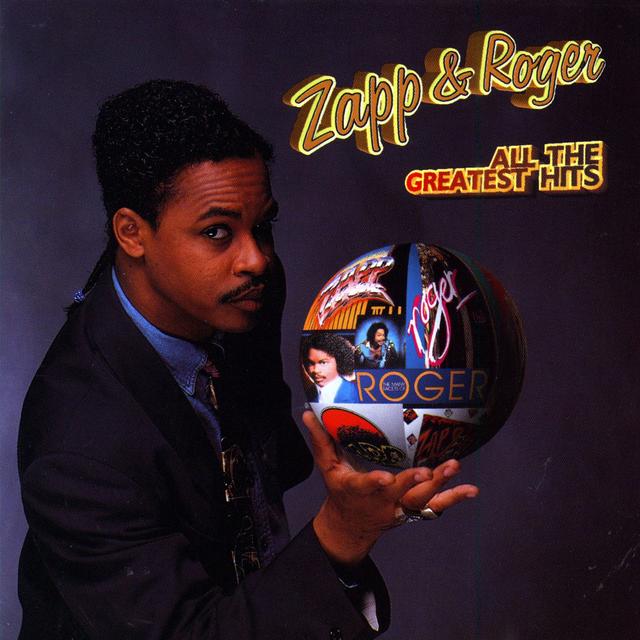 It’s Black Music Month, as just as we’ve done in past years here at Rhino, we’re celebrating the occasion by sprinkling in a number of posts where we spotlight a black artist or an album by a black artist. Today we’re shining the spotlight on one of Dayton, Ohio’s finest musical exports: Zapp, the R&B group led by the late Roger Troutman.

Roger Troutman started his career in the 1960s, releasing the songs “Jolly Roger” and “Night Time” on the indie label Teen Records under the name Lil’ Roger and His Fabulous Vels, and he continued pursuing music into the ‘70s, finding limited success but maintaining his enthusiasm nonetheless. Finally, in 1976, Roger and his brothers Larry, Lester, and Terry “Zapp” Troutman – now calling themselves Roger & The Human Body – released INTRODUCING ROGER in 1976 on their own Troutman Bros. Records. By the following year, however, they’d switched to calling themselves simply Zapp and, as a result of forging a friendship with George Clinton, ended up securing a deal with Warner Brothers and releasing their Bootsy Collins-produced self-titled album in July 1980.

Thanks to the single “More Bounce to the Ounce,” which made its way to #2 on the Billboard R&B Singles chart, Zapp were suddenly a big deal, earning a gold record for their album. When Clinton and Parliament-Funkadelic left Warner Brothers behind in 1981, however, which left Troutman with more control over Zapp’s creative direction. That year, Roger released a solo album, THE MANY FACETS OF ROGER, with Zapp’s sophomore LP, ZAPP II, emerging in ’82. Although its sound was understandably less Parliament-inspired, the album nonetheless proved to be another success, providing the group with a #1 R&B hit, “Dancefloor (Part I).”

As the ‘80s progressed, Zapp’s success began to slide, but Roger Troutman continued to release solo albums as well, giving him double the exposure, but the final Zapp album, ZAPP V, was released in September 1989. Not that Roger and the band weren’t still very much in the public consciousness, mind you. In fact, Roger ended up earning a Grammy nod as a result of his talk-box backing vocals on Tupac’s “California Love.”

In 1999, however, Roger and Larry Troutman’s story came to a sudden and unfortunate end, with the brothers dying in an apparent murder-suicide situation brought to fruition by Larry. The motive seems to have been financial, but it remains murky even now. But despite it all, the music of Zapp remains influential, and ALL THE GREATEST HITS provides a solid introduction to the work of both the group as well as Roger as a solo artist.

All the Greatest Hits