THIS IS THE ARTICLE FULL TEMPLATE
60s R&B
Booker T. & The MG's
THIS IS THE FIELD NODE IMAGE ARTICLE TEMPLATE 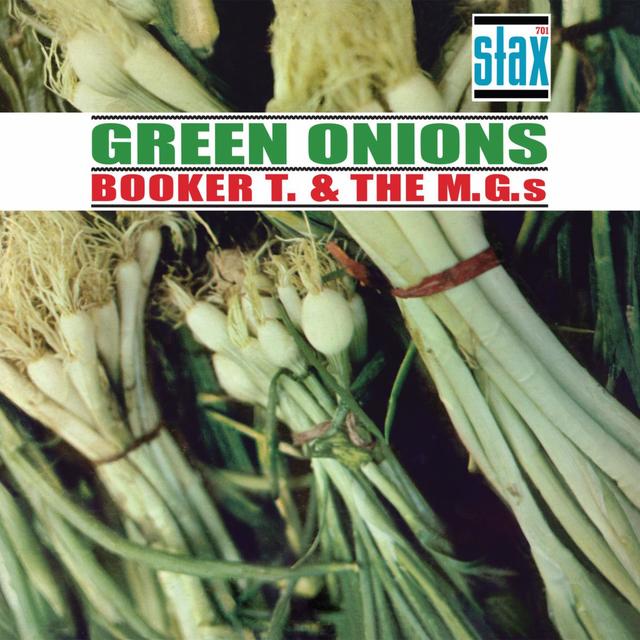 Sixty years ago, Booker T. & The MG’s transformed an impromptu studio jam into one of the most popular instrumentals ever recorded, “Green Onions.” An instant hit when it came out in the summer of 1962, the single topped the R&B chart and peaked at #3 on the pop chart before selling a million copies. That fall, the song became the title track to the band’s debut album, which, coincidentally, was also the first album released on Stax Records, the legendary Memphis-based record company that shaped the sound of Southern Soul in the Sixties.

In celebration of this classic album’s anniversary, Rhino is releasing a newly remastered version on green vinyl. GREEN ONIONS: 60th ANNIVERSARY DELUXE EDITION will be available on February 24 on 180-gram translucent green “onion” vinyl ($24.98). The music also will be available the same day on CD ($14.98) and from digital and streaming services. The newly remastered version of “Mo’ Onions” from the reissue is available today digitally. LISTEN NOW.

The music has been completely remastered for this edition, and the album packaging features all-new liner notes by American author David Ritz, who interviewed two of the group’s founding members – Booker T. Jones and Steve Cropper – for this release.

Jones and Cropper tell the story of how – along with Lewie Steinberg (bass) and Al Jackson Jr. (drums) – they accidentally created a masterpiece. As the house band for Stax Records, the quartet was booked to record demos, but the scheduled singer arrived too hoarse to record. Instead of packing up, the band stayed and started noodling on a blues riff.

Jim Stewart, the owner of Stax, was engineering the session that day. He liked what he heard and began recording the band without telling them. When they finished, he liked it so much that he wanted to release it immediately as a single. The group agreed and returned to the studio to write and record a B-side for the new song they named “Behave Yourself.”

Back in the studio, Cropper asked Jones to play a riff he’d played during a recent show. In the liner notes, Jones recalls the moment: “I’d forgotten those riffs…so I asked Steve to stand next to the organ and help refresh my memory. I played several licks before Steve stopped and shouted, ‘That’s it!’ He identified the opening notes of what would become ‘Green Onions.’ The song burst to life on the spot.”

The next day, Cropper took the then-unnamed B-side to a local deejay who played it on the air four times in a row. The station’s phones lit up with callers asking where they could buy the song. Naturally, “Green Onions” graduated to the A-side, and the rest is history.

Today, the popularity of “Green Onions” continues to grow. Everyone from The Blues Brothers to Count Basie and Deep Purple to Mongo Santamaría has covered the funky and soulful instrumental. It’s appeared in a long list of films and television shows, including Quadrophenia, Get Shorty, The Sopranos, and Ken Burn’s The Vietnam War. The Library of Congress added it to the National Recording Registry in 2012, and the Grammy® Awards gave it the Grammy® Hall of Fame Award in 1999. In addition to physical sales, the song has been streamed nearly 200 million times to date.