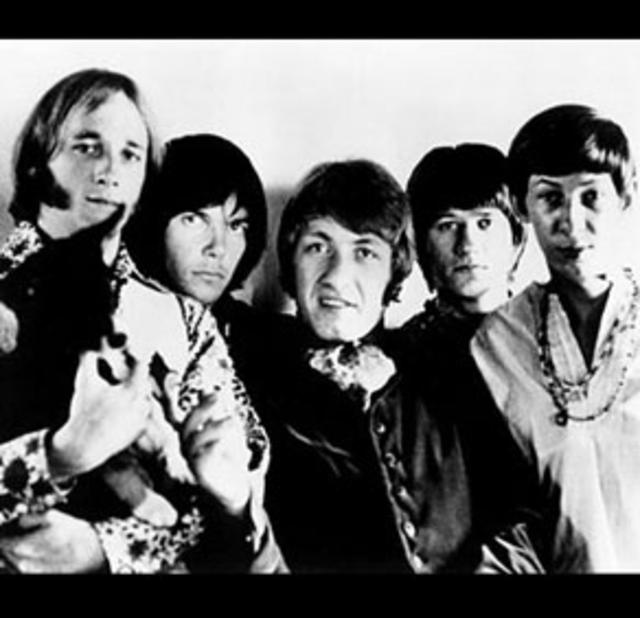 Inductees: Richie Furay (vocals, guitar; born May 9, 1944), Dewey Martin (drums; born September 30, 1940; died February 1, 2009), Bruce Palmer (bass; born September 9, 1946; died October 1, 2004); Stephen Stills (vocals, guitar; born January 3, 1945), Neil Young (vocals, guitar; born November 12, 1945)Buffalo Springfield was an American supergroup that didn't exist long enough to be recognized as such. Though the band's tenure was short, Buffalo Springfield was a pivotal rock group with an organic, home-grown musical approach that reverberated beyond the Sixties. Along with the Byrds, Buffalo Springfield laid the groundwork for the folk-rock and country-rock genres that took root in the Seventies. They produced two of rock's greatest guitarists in Neil Young and Stephen Stills. Their three albums – Buffalo Springfield, Buffalo Springfield Again and Last Time Around – wove together strands of folk, country, pop, soul and rock. Buffalo Springfield also recorded one of rock's greatest topical songs, "For What It's Worth." A cautionary number inspired by clashes between police and youthful protesters on Los Angeles' Sunset Strip, it was the only Buffalo Springfield single to make the Top 40, reaching Number Seven in 1967.The five original members of Buffalo Springfield converged on California from different backgrounds and locales. Guitarists Stephen Stills and Richie Furay had been members of the Au Go-Go Singers, a nine-member folk group. Furay had been born in Ohio and had attended Otterbein College. He then went to New York, where he initially played in a folk trio before joining the Au Go-Go Singers. Stills had attended the University of Florida, where he was a political science major, but he dropped out of college and went to New York City to pursue his love of music. Shortly after his arrival, he also joined the Au Go-Go Singers. The group recorded one record and, in 1964, did a tour that took them across the United States and into Canada. In Winnipeg, the group played with a band called Neil Young and the Squires.Guitarist Young had been born in Toronto. He started playing in bands when he was in the ninth grade, inspired by the music of Elvis Presley. After breaking up the Squires, he went to Detroit , where he was in a band called the Mynah Birds, a group built around singer Rick James (later, a funk-soul superstar). The Mynah Birds also included another Canadian, bassist Bruce Palmer. Young and Palmer soon decided to re-locate to Los Angeles, where they had little success until Young happened to run into Stills. The two decided to form a band with Palmer. They then added Richie Furay, after he came to L.A. to visit Stills. The final member of the lineup was Dewey Martin, another Canadian, who had spent time in Nashville, where he played with the Dillards and many other artists.A mere week's worth of rehearsals preceded their first gig. Buffalo Springfield, which initially went by the name the Herd, quickly gelled into a unit whose tight, energetic live shows at the Whisky a Go-Go, where they held down a magical six-week residency, are the stuff of rock and roll legend.The group, which took its name from a steamroller, signed with Atlantic Records in 1966. Buffalo Springfield's first single, released on Atlantic's Atco label in August 1966, was the Neil Young song "Nowadays Clancy Can't Even Sing." It made the Top 10 in Los Angeles and was a regional hit. They followed that in December with the Stills-penned "For What It's Worth." "When I write about something like that," Stills said, "I'm separating myself from the whole thing. I'm an observer because I'm a songwriter, and I'm here to spread the news, like the minstrels of the 15th Century. And the news is that the straight world has been getting worse and worse since World War II. Those boys that won the world by fire were great, but now they're trying to do it again. Except they're going to lose this time, because the fire's too big." Later in 1967, Buffalo Springfield had some more regional success with two songs written by Stills, "Bluebird" and "Rock 'n' Roll Woman." The group boasted an almost uncontainable pool of talent. Stills, Young and Furay were all formidable writers, guitarists and vocalists. However, they were also very strong-willed individuals.When bassist Palmer got deported to Canada following a drug bust, producer Jim Messina – himself a singer and guitarist with a predilection for country- and folk-flavored rock – joined the band. Internecine squabbles, particularly between Stills and Young, led to Buffalo Springfield's disbanding, but not before they'd recorded three classic albums that sketched a number of directions rock would follow in their wake. It would be hard to imagine the careers of the Eagles, Jackson Browne and others without Buffalo Springfield as a precursor, and the roots of the popular Americana movement can be found here, as well. However, the prolific solo careers of Neil Young, Stephen Stills and Richie Furay, and the band members' respective group endeavors – Crosby, Stills and Nash (and sometimes Young), Poco and Loggins and Messina – are the larger, ongoing legacy of Buffalo Springfield.Neil Young included a nostalgic song about his old band, entitled "Buffalo Springfield Again," on his 2000 album, Silver and Gold, raising speculation that some sort of reunion might be in the offing. However, the deaths of Palmer, in 2004, and Martin, in 2009, prevented a reunion of the original lineup. But in 2010, Young, Stills and Furay got back together to play the annual Bridge School benefit concert in California. The following year, the three musicians – joined by drummer Joe Vitale and bassist Rick Rosas – played six shows in Oakland, California, followed by shows in Los Angeles and Santa Barbara. They also played the Bonnaroo Music and Arts festival in Tennessee that year. Then, in 2012, Furay said that no further reunions were planned.