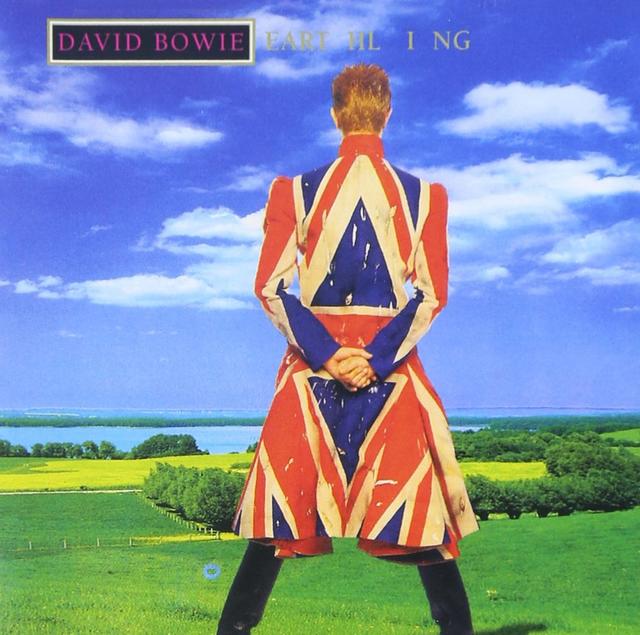 From the moment opening track "Little Wonder" ignites with an explosion of drum & bass breakbeats, it's clear that David Bowie's 21st studio album, Earthling, landed right on the edge of 1997's pop music fringe ("Little Wonder" went on to serve as the album's second single and biggest hit in England, peaking at #14 on the UK Singles chart). With electronic music artists like Goldie, Underworld, and Chemical Brothers bringing underground rave sounds to the mainstream, Bowie's insatiable ear for the new had clearly caught the buzz.

Earthling, however, isn't Bowie's "jungle" album by any means; while the hum and whir of then-modern music technology is clearly audible throughout the proceedings, the sound of Bowie being Bowie is even louder. From the stream of consciousness mantra that runs through "Looking for Satellites" ("Nowhere, Shampoo, TV, Combat, Boyzone, Slim tie, Showdown, Can't stop") to that same song's fiery Reeves Gabrels guitar solo, Earthling finds Bowie reveling in the infinite possibilities of rock 'n' roll circa the mid-1990s.

Frantic third Earthling single "Dead Man Walking" comes with quite the star-studded pedigree, as Bowie himself explained in Nicholas Pegg's book, The Complete David Bowie: "My initial idea was to write a paean to Susan Sarandon, but then I went over to do Neil Young's benefit for the Bridge School, and watching Neil and Crazy Horse working on stage was really special. There's something sage-like about Young, this grand old man of American rock, a pioneer loaded with integrity, and disarmingly charming as a man; and watching him work with these, let's call them older men, there was a sense of grace and dignity about what they were doing, and also an incredible verve and energy. It was very moving."

The song's hard-charging guitar riff was a gift from none less than the Led Zeppelin maestro himself, Jimmy Page: "When I was a baby, I did a rock session with one of the bands, one of the millions of bands that I had in the ’60s – it was the Manish Boys, that's what it was – and the session guitar player doing the solo was this young kid who'd just come out of art school and was already a top session man, Jimmy Page," Bowie explained during a 1997 BBC Radio interview. "And he just got a fuzz box and he used that for the solo. He was wildly excited about it and he was quite generous that day and he said, 'Look, I've got this riff but I'm not using it for anything, so why don't you learn it and see if you can do anything with it?' So I had his riff, and I've used it ever since! [laughs]. It's never let me down."

The album's fifth and final single, "I'm Afraid of Americans," had another life, originally appearing on the soundtrack for the 1995 movie, Showgirls. Bowie revived the track for Earthling, re-recording it with his new band. After being impressed with a remix done by former tour-mate Trent Reznor of Nine Inch Nails, Bowie invited Reznor to participate the music video. The clip features Bowie being stalked by a menacing Reznor through the streets of New York City: "They wanted a kind of Taxi Driver feel to the whole thing. That's kind of what it's based on," Reznor said later. "That's why I'm in my Travis Bickle outfit!"

"It's not as truly hostile about Americans as say 'Born In The U.S.A.': it's merely sardonic," Bowie said of the song in a press release. "I was traveling in Java when its first McDonald's went up: it was like, 'for f--k's sake.' The invasion by any homogenized culture is so depressing, the erection of another Disney World in, say, Umbria, Italy, more so. It strangles the indigenous culture and narrows expression of life."

Released on February 3, 1997, David Bowie's Earthling made a formidable chart run in America, peaking at #39 on the Billboard 200 for the week of March 2, 1997. The #1 album in the country that week: LeAnn Rimes, Unchained Melody: The Early Years.