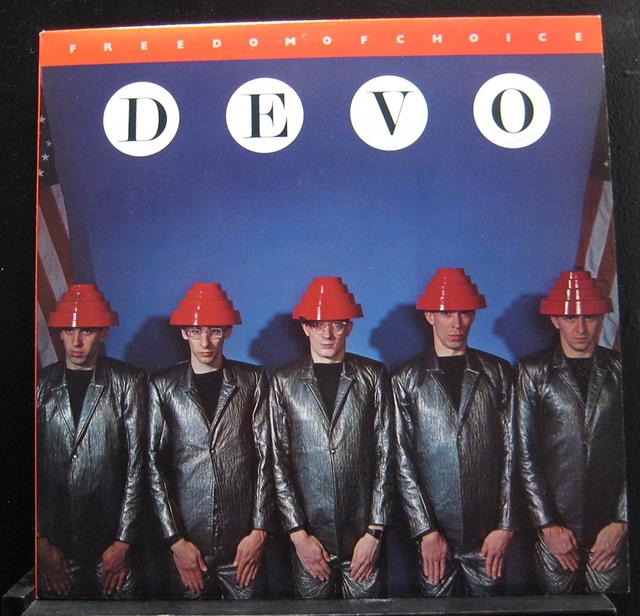 DEVO was in peril. While the radical Ohio rock band had built a rabid cult following after two major label albums, Warner Brothers made it pretty clear that if the group didn't see a substantial jump with record number three, DEVO was getting dropped.

What they came back with was Freedom of Choice, released on May 16, 1980. Highlighted by the breakout second single, "Whip It," the album more than proved that the band was ready to be their own twisted version of modern rock stars.

"Bob Mothersbaugh and I had always loved R&B. And we had always listened to stations out of Detroit and we loved Motown," DEVO's Gerald Casale told American Songwriter earlier this year about the making of the album, which found the band relocated in Los Angeles, and basically starting from scratch. "We were pushing to go that direction with beats and bass lines and to think of the music like Devo robots doing R&B with futuristic overtones. Mark really got into it, and thought if that's what we're going to do, let's go all the way. Nobody understood that was our theoretical construct or our inspiration when they were listening to that music, because it's so mutated from the inspiration."

The album made an impressive chart run, peaking on the Billboard 200 at #22 for the week of November 29, 1980. The #1 album in America that week: Bruce Springsteen's The River. Let's go back to the future for five fun facts about DEVO's 1980 classic, Freedom of Choice.

1. "Whip It" was created as an anthem for U.S. president Jimmy Carter
"We had just done our second world tour when we started writing our third album," Mark Mothersbaugh told Songfacts. "The one thing that we were impressed with that we noticed everywhere around the world was that everybody was totally freaked out by American politics and American foreign policy. At the time, Jimmy Carter was in charge. I thought of 'Whip It' as kind of a Dale Carnegie, 'You Can Do It' song for Jimmy Carter. We were like, 'Jimmy Carter's a good guy, but he vacillates on his foreign policy.'" The song peaked at #14 on Hot 100 over the week of November 15, 1980. The #1 song in the country at the time: "Lady" by Kenny Rogers.

2. The "Whip It" video was inspired by a real-life actor who whipped his wife's clothes off
"There was this one magazine that I found in a store in Santa Monica. It was like a 1962 men's girly mag called Dude, I think," Gerald Casale told Songfacts. "There was a feature article on a guy who had been an actor and fell on hard times, he wasn't getting parts anymore. He moved with his wife to Arizona, opened a dude ranch and charged people money to come hang out at the ranch. Every day at noon in the corral, for entertainment, he'd whip his wife's clothes off with a 12-foot bullwhip. She sewed the costumes and put them together with Velcro. The story was in the magazine about how good he was and how he never hurt her. We had such a big laugh about it, we said, 'OK, that's the basis for the video.'"

4. Jack Black's first concert was DEVO on the Freedom of Choice tour
The almighty rock and roll evangelist shared that his very first rock show was DEVO at the Santa Monica Civic way back in August 1980. He made the big reveal during an all-star jam with Mark Mothersbaugh, Tony Hawk, skater Steve Caballero and drummer Josh Freese on the album's title track.

5. DEVO sold Energy Domes with face shields as PPE during the pandemic
DEVO has always been a band ahead of its time. With the release of Freedom of Choice, the band first revealed the legendary Energy Domes. Those domes are now available with face shields as official DEVO merch. Casale explains the new Energy Domes: "It's the 40th anniversary of DEVO's Energy Dome - a DEVO icon that is often as misunderstood as the band itself. Although they have been mistaken for flower pots, dog bowls, car urinals, lampshades, and eventually relegated specifically for the use at holiday parties, these holy totems were actually designed with a more important purpose in mind. It was designed according to the ancient ziggurat mound proportions used in votive worship."

Decades of Devolution: DEVO's Time is Now
THIS IS THE ARTICLE BOX TEMPLATE 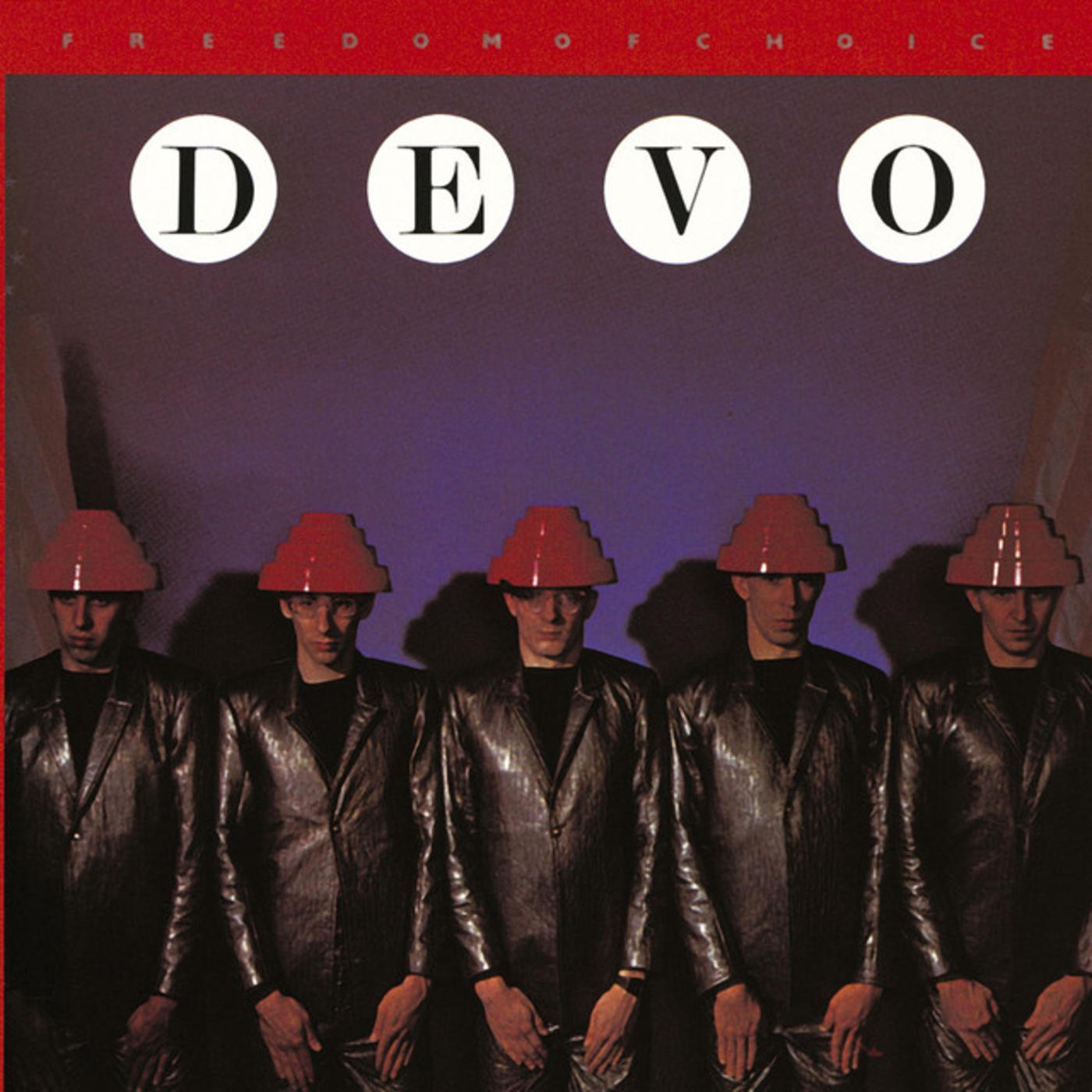