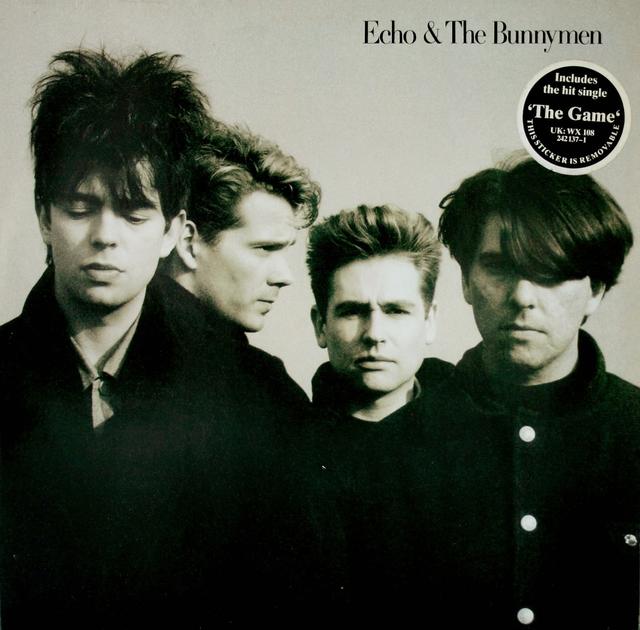 British band Echo & the Bunnymen found itself in a very volatile place in 1985. The band's fourth album, Ocean Rain, had been something of a breakthrough hit. In England, the record reached #4 on the charts. In America, it cracked the Billboard 200; more importantly, the record resonated with the growing American alternative rock set, making them superstars of the scene.

When it came time for the band to regroup for album number five, success affected the outfit in a variety of ways. Drummer Pete de Freitas spent much of 1985 traveling Europe by motorcycle. At the end of the year, he left Echo & the Bunnymen. Singer Ian McCulloch, in the meantime, was enjoying the fruits of their success a bit too much for some of his bandmates. According to guitarist Will Sargeant: "We just found it all ridiculous. He had people running around behind him, basically wiping his arse."

While the band cycled through producers and drummers (including Blair Cunningham of Haircut 100 and David Palmer of ABC) while trying to find their footing in the studio, Echo & the Bunnymen were tapped to record a cover version of the Doors' "People Are Strange" for the soundtrack to 1987 popcorn movie favorite, The Lost Boys. Doors keyboardist Ray Manzarek joined the recordings to lay down the organ lines and unofficially bless the proceedings. Manzarek hung out long enough to record an alternative version of "Bedbugs & Ballyhoo" and another Doors cover, "Soul Kitchen."

As the band pulled the album together, Pete de Freitas asked for his job back. With the drum situation handled and a producer to work with (Laurie Latham), Echo & the Bunnymen finished the record. Released on July 6, 1987, Echo & the Bunnymen was a hit on both sides of the Atlantic. In England, it followed Ocean Rain to #4 on the album chart. In America, it peaked at #51 on the Billboard 200.

There were three singles from Echo & the Bunnymen: "The Game," MTV 120 Minutes favorite "Lips Like Sugar," and "Bedbugs and Ballyhoo." Dig into the whole LP below.

Happy Anniversary: Echo and the Bunnymen, “Silver”
THIS IS THE ARTICLE BOX TEMPLATE