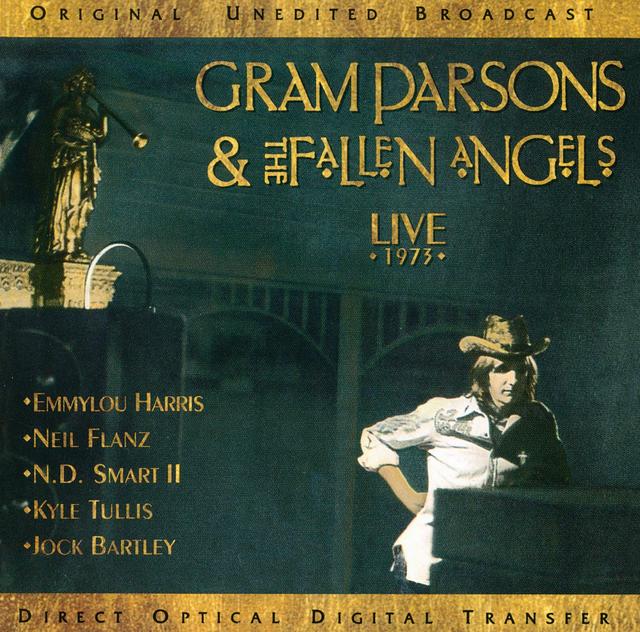 Today we celebrate the birthday of the late, great country-rock pioneer Gram Parsons, known for his work with the Byrds and the Flying Burrito Brothers, of course, but also for his short but highly influential solo career. It’s the latter aspect of his discography that we’re going to spotlight today, but rather than focusing on his two studio albums (G.P. and GRIEVOUS ANGEL), we’re instead opting to talk up a posthumously released live album that may have flown under your radar.

Recorded at Sonic Studios in Hempstead, New York on March 13 of its titular year, LIVE 1973 was actually part of a live radio broadcast for the Garden City, New York station WLIR, and if you’re trying to figure out where it falls in Parsons’ chronology, it was knocked out between those two aforementioned solo albums. Emmylou Harris was in the house to provide duet and harmony vocals, as she was on those albums, but the Fallen Angels’ lineup was different.

For this gig, Parsons was backed by Neil Flanz (pedal steel guitar), N.D. Smart II (drums), Kyle Tullis (bass), and Jock Bartley (electric) guitar. Those in the know will be aware that Flanz is a legend in a field – like, to the degree that he’s actually been inducted into the International Steel Guitar Hall of Fame – and Smart has been around the block a few times himself, although Rhino.com readers will likely know him best from his work with Todd Rundgren, which includes contributions to THE BALLAD OF TODD RUNDGREN, BACK TO THE BARS, and NEARLY HUMAN. For most people, however, the most recognizable name in the mix will be Jock Bartley, who very soon after this recording went on to form the band Firefall.

If you’ve never heard LIVE 1973, which found its first release in 1982 via Sierra Records, you should definitely give it a listen. As AllMusic mentioned in it’s the review, “it sounds a good bit rougher and leaner than G.P.,” but if you love Parsons’ work, you’ll love this, too.