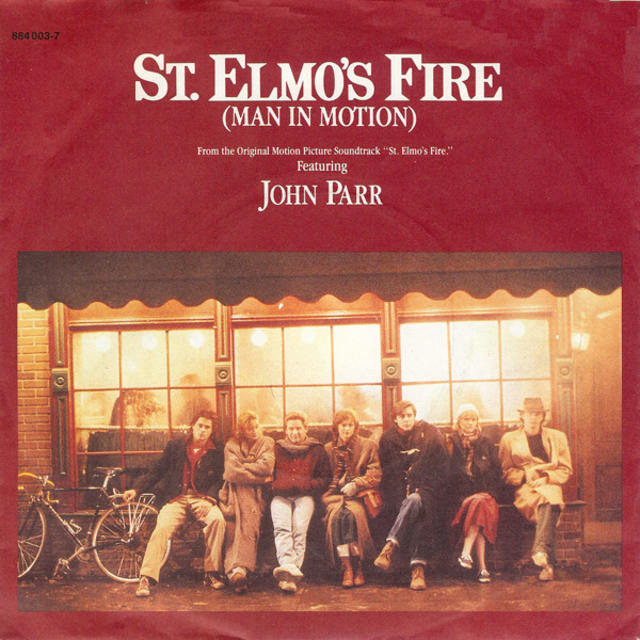 Everything about it just screams peak 1980s: the year is 1985. The movie: St. Elmo's Fire, starring some of the biggest names of Hollywood's notorious "Brat Pack": Rob Lowe, Demi Moore, Ally Sheedy and Andrew McCarthy among them. For songwriters David Foster and John Parr, however, it provided a daunting challenge: writing a title track that incorporated the movie's clunky title in the chorus.

As the pair struggled to write the song, Foster had an idea. He showed Parr a video starring Canadian athlete Rick Hansen, who at the time was inspiring millions by riding his wheelchair around the world to spotlight and inspire others dealing with physical challenges.

"I wrote the lyric when we were working on the movie. David showed me a video of Rick Hansen, and I was inspired to write the story of his planned epic journey to circumnavigate the globe in his wheel chair," Parr told Songfacts. "I wrote the lyric ambiguously, so the film company would think 'all I needs these pair of wheels' referred to Demi Moore's jeep when actually I am referring to Rick's wheelchair, or 'for once in his life a man has his time' actually refers to when Rick would end his journey, wheeling back into Vancouver with a million people lining the streets - not when Emilio Estevez finally kisses Andie Macdowell."

Parr was actually on set during the filming of the movie, where he got to experience the "Brat Pack" up close and personally: "Embarrassingly. I was fresh out of England. I had no idea who Demi or Rob or any of them were. I thought they were just kids. When we were shooting it seemed like they weren't doing anything, so I was stupid enough to offer them the benefit of my experience. After all, I had done a few school plays," he laughed. "In the end, we got on great. I did a few shows with Rob... fairly impromptu, but we once did a great duet together in front of a big crowd - we sang 'Money.' I seem to remember Demi getting on stage with us one night at some club or other, but that was many moons ago when we were young and foolish. Wonderful!"

Released as the lead single from the soundtrack on June 23, 1985, John Parr's "St Elmo's Fire (Man in Motion)" was an even bigger hit than the movie, soaring up the Billboard charts. The song peaked at #1 for the week of September 7, 1985. It held the top spot for two weeks straight.

"Fortunately I didn't see the film (before writing the song), specifically because the phenomenal force of nature known as St. Elmo's Fire was a metaphor," Parr revealed. "To me it was the embodiment of a dream, a focus to strive towards as it glows in the sky. In the movie Rob Lowe pulls out a gas canister and tells Demi Moore not to get too hung up about her problems. He lights the gas and as it ignites he dismisses her plight as no big deal just like St. Elmo's Fire. That would have killed it for me."

May 1985: Duran Duran Release Bond Theme A VIEW TO A KILL
THIS IS THE ARTICLE BOX TEMPLATE