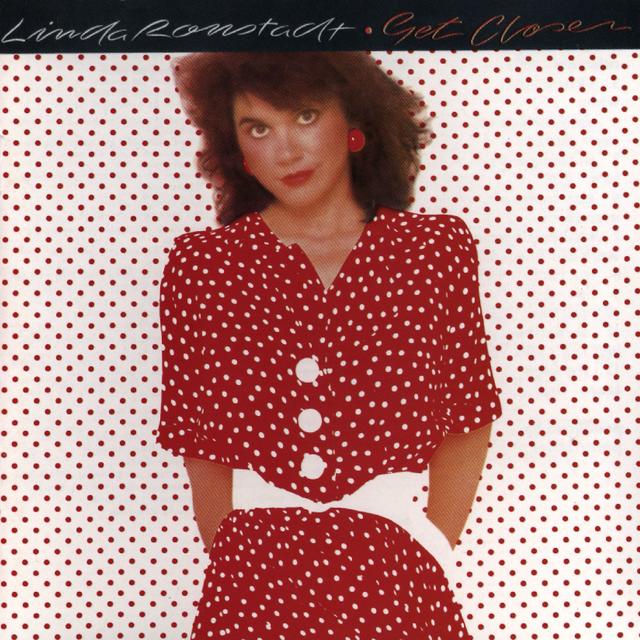 Oh, did we not mention who we’re talking about? Why, it’s Linda Ronstadt, of course!

To commemorate the date, we’re taking a look at an album by Ronstadt which is a little bit underrated, owing to the fact that it underperformed at the time of its release. Mind you, it hit #31 on the Billboard 200 and went gold, so it’s not like it didn’t do just fine, but given that it was preceded by six consecutive top-5 albums, it was definitely deemed a bit of a disappointment back in the day.

Produced by Peter Asher, a man who definitely knows his way around a studio, GET CLOSER showed up two years after its predecessor, MAD LOVE, during which time Ronstadt had appeared in a Broadway production of The Pirates of Penzance and had actually recorded an album of standards entitled KEEPING OUT OF MISCHIEF, produced by Jerry Wexler. In the end, Ronstadt opted to cancel the album’s release because she wasn’t happy with how it had turned out, but since still had an album to fulfill on her contract, she returned to the studio with Asher, who she’d worked with previously, and knocked out another album that was – more or less – in line with the material she’d been releasing in the ‘70s.

Ronstadt’s choice of material was typically eclectic, featuring songs by Jimmy Webb (“The Moon is a Harsh Mistress,” “Easy for You to Say”), Joe South (“I Knew You When”), Katae McGarrigle (“Talk to Me of Mendocino”), and Bert Berns (“Tell Him”). She also covered the Knickerbockers single “Lies,” but it was the title track of GET CLOSER that proved to be the album’s biggest hit, climbing to #29 on the Hot 100, with “I Knew You When” hitting #37 and “Easy for You to Say” hitting #54. By the way, although it was a top-30 hit, it’s arguable that “Get Closer” found greater fame a bit later when it was utilized for a commercial by Close-Up Toothpaste.

By the time Ronstadt released another album, she was fully done with pop-rock tunes and had gone all in on the pop standards – you remember WHAT’S NEW, surely – but GET CLOSER is still a fine album in her catalog and well worth revisiting or discovering for the first time.

Happy 25th: Linda Ronstadt, FEELS LIKE HOME
THIS IS THE ARTICLE BOX TEMPLATE