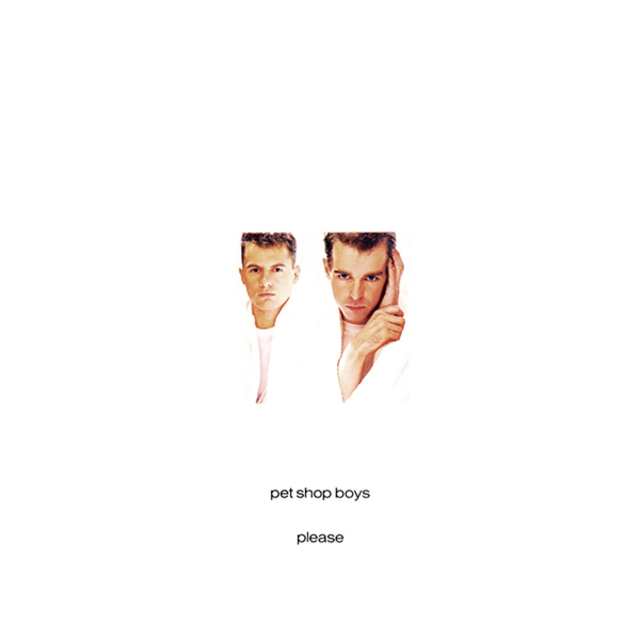 The story of the Pet Shop Boys reads like a the beginning of a blockbuster '80s musical: Neil Tennant was a music journalist. Chris Lowe was an architectural school dropout. They'd meet up in a London hi-fi store, and bond over a shared love of dance music. Tennant would fly to New York City to interview Sting for Smash Hits magazine. During his time in NYC, he'd link up with legendary dance producer Bobby O, who'd go on to help the Pet Shop Boys record the group's early demos. The duo eventually cut ties with Bobby O, got together with producer Stephen Hague, and made one of the great debut albums of all time: Please.

"I started writing about London, the people we knew, the places we went," Tennant told Magnet in 2016, often assuming a character in the songs: "That's the remove, you see; I wasn't just being me anymore. I also began writing satirical songs--which I would say, 'Opportunities' was--you know, without being outrageously humorous. I also thought of things that Chris would want to do or hear. It worked. Even now, I don't think I write as me much."

Case in point: the album's first single, "West End Girls": "(The song) started off as a rap I'd written, which was completely inspired by 'The Message' by Grandmaster Flash, which was released in 1982," Tennant revealed in the liner notes of the Please reissue. "I loved the whole idea of the pressure of living in a modern city... A lot of people assumed the song was about prostitutes and of course, typically, it didn't even enter my head. It was meant to be about class, about rough boys getting a bit of posh. It's opposites -- west/east, lower class/upper class, rich/poor, work/play."

Released in October 1985, "West End Girls" invaded America with a purpose, rocketing all the way to the #1 spot on the Billboard Hot 100 for the week of May 10, 1986. It was replaced the following week by Whitney Houston's "Greatest Love of All." Second Please single, "Love Comes Quickly," was less of a hit on the US charts, peaking at #62 on the Hot 100. The track did considerably better on the dance charts, peaking at #10.

Third single "Opportunities (Let's Make Lots of Money)" proved to be a return to chart form for the Pet Shop Boys, peaking at #10 on the Hot 100 for the week of August 2, 1986. The #1 song in America that week: Peter Cetera's "Glory of Love (Theme from 'Karate Kid II')." The song found new life as the soundtrack for a 2020 Allstate car insurance TV ad campaign. The spot, which premiered during the Super Bowl, drove the single to #1 on the Top Dance/Electronic Digital Song Sales chart for the first time.

The fourth and final US single from Please was the menacing "Suburbia," which was a more confounding proposal for the pop (#70) and to a lesser degree, the dance charts (#46).

Released on March 24, 1986, Please was a monumental breakthrough of a debut for the Pet Shop Boys. The LP crashed the US top 10 to reach the #7 spot on the Billboard 200 for the week of June 21, 1986. The #1 album in America that week: Whitney Houston's self-titled debut.