By the time Talking Heads wrapped up the band's triumphant Remain in Light tour with a December 11, 1980, show in Amsterdam, David Byrne and company were in desperate need of a break--from each other. Byrne used the time to further explore African rhythms with Brian Eno on My Life In the Bush of Ghosts, followed by The Catherine Wheel, a soundtrack to then-girlfriend Twyla Tharp's ballet. Tina Weymouth and Chris Frantz scored dance-floor hits as Tom Tom Club, while Jerry Harrison released a solo album, The Red and the Black.

When the group did reconvene to make the Talking Heads' fifth studio album, long-standing producer Brian Eno was no longer in the fold. His looming presence as the band's de facto fifth member had reached its breaking point. Altogether, the changes left the band in considerably brighter moods than usual when they hit Compass Point studios in Nassau, and started making music.

The results of those sessions are the remarkably lighter and brighter Speaking in Tongues album, released May 31, 1983. Featuring a host of guests musicians, including Funkadelic legend Bernie Worrell and singer Nona Hendryx, the upbeat atmosphere and expanded arsenal was a combustible combination. Talking Heads' usual stark, ominous sound had been brought to life, a veritable all-star funk powerhouse. The songwriting had evolved as well, resulting in the band's zenith.

Lead single and opening track "Burning Down the House" came to all but define Talking Heads to the general public, going on to be the band's lone top 10 hit on the Hot 100 when it peaked at #9 for the week of October 22, 1983. The top tune in America that week: Bonnie Tyler's "Total Eclipse of the Heart."

The second and last Speaking in Tongues single was the wildly atypical "This Must Be the Place (Naive Melody)": "We called it 'Naive Melody' before there were any lyrics put to it. That album, we recorded all the basic tracks instrumentally and then the lyrics were added after," drummer Chris Frantz told Songfacts. "We were touring as well as recording that year, so we would record the basic track, then we would go off on tour, then we would come back, go to another studio and add overdubs and things like that. So the original basic track was called 'Naive Melody' because the melody was naive-sounding, the melody of the keyboard. When David finished writing the lyrics, he called it 'This Must Be The Place,' but decided to keep 'Naive Melody' as part of the title but in parentheses."

Not exactly a chart hit, the single peaked at #62 on the Hot 100 over the week of December 17, 1983. That song is a big fan favorite, however, going on to be covered by the likes of Shawn Colvin, and showing up in 1987 big-screen blockbuster, Wall Street.

"It's a very comforting song," Frantz explained. "I think people listen to it and it kind of warms their hearts because it's a song with a happy and secure message. I love that song myself. It's really sweet - quite an accomplishment for a band such as ours."

The LP represented Talking Heads at the height of the band's commercial peak. On the Billboard 200, Speaking in Tongues crashed the top 20 to peak at #15 over the week of October 29, 1983. The #1 LP on the chart that week: The Police's Synchronicity.

Speaking in Tongues was so strong that it launched a movie and live album, Stop Making Sense, which arrived in 1984. Directed by Jonathan Demme, it captured the stunning tour, featuring the album's guest musicians like Bernie Worrell helping elevate the proceedings to a religious fervor.

"The whole thing with Talking Heads, Tina said it when she was being interviewed by Dick Clark on American Bandstand," Frantz revealed. "He said, 'Ultimately, what would you like to accomplish,' and she said, 'We'd like to make our mark in music history.' That's really how we felt in Talking Heads and also Tom Tom Club. We wanted to have a legacy, and thank God, we do."

Deep Dive: Talking Heads, REMAIN IN LIGHT
THIS IS THE ARTICLE BOX TEMPLATE 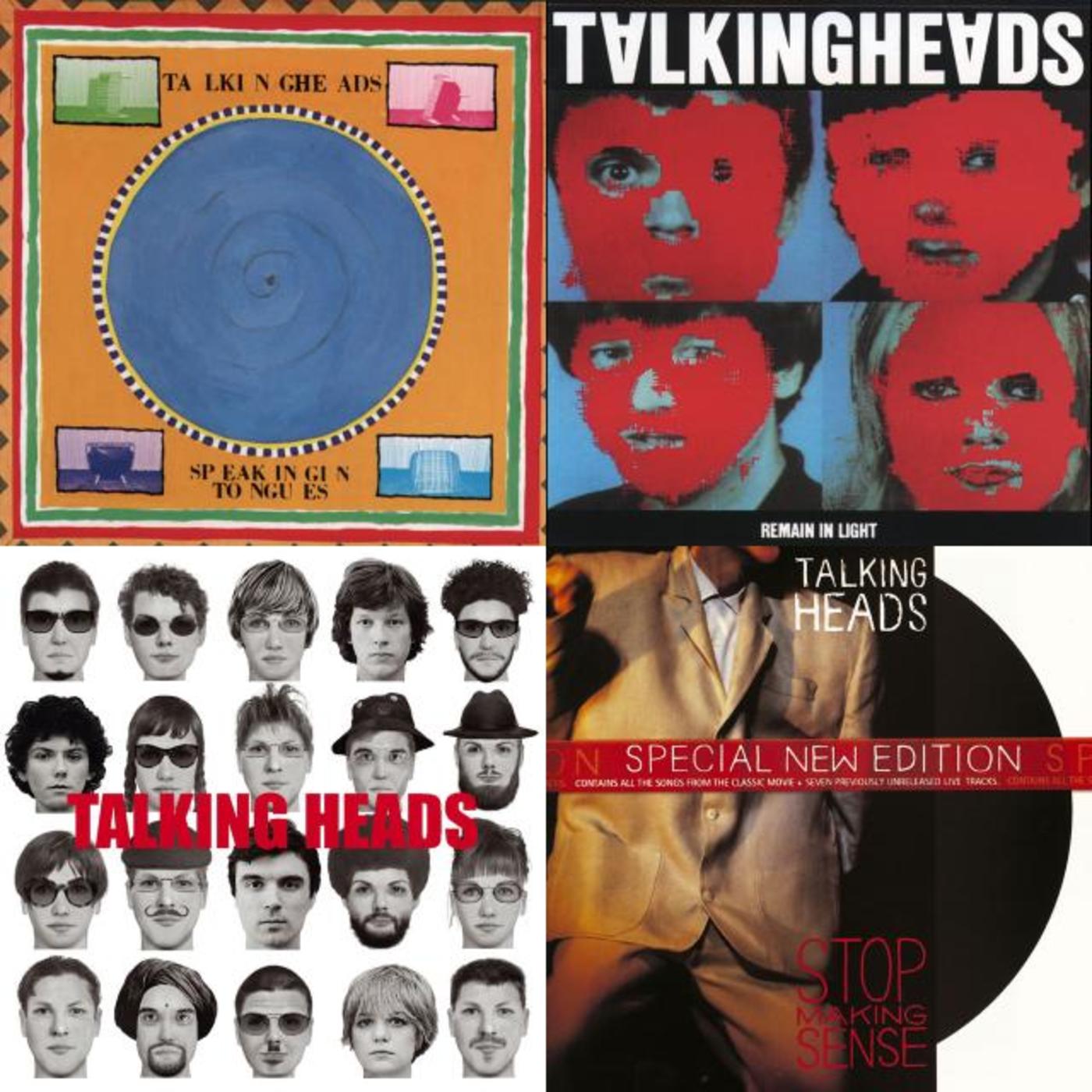