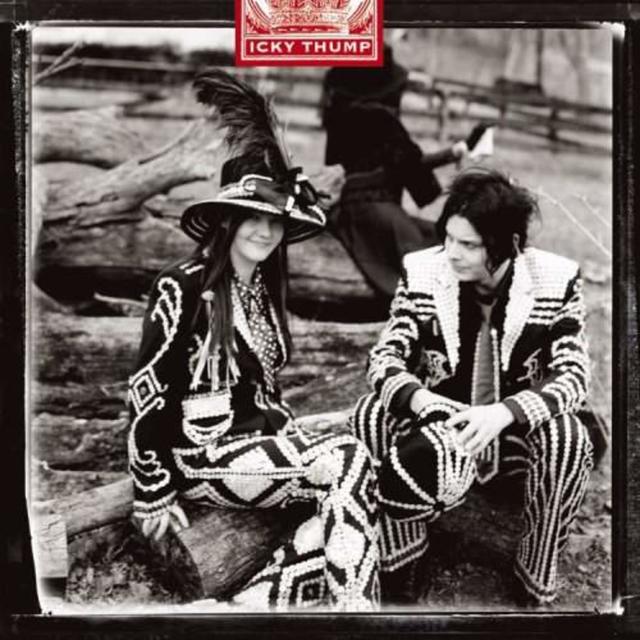 Today we celebrate the birthday of Mr. Jack White, who – although he’s going great guns with his solo career these days – first came to fame, of course, as one of the two members of The White Stripes. To commemorate the occasion of Jack’s b-day, we’re taking a look back at one of his former duo’s final full-length studio album.

Released on June 15, 2007, ICKY THUMP was recorded and mixed in glorious analog by Joe Chiccarelli at Blackbird Studio in Nashville. The album took longer to record than any previous White Stripes album, but to give you an idea of how quickly the band usually worked, it still took them less than three weeks to finish it. Per the aforementioned Mr. Chiccarelli, Jack and Meg White had rehearsed and demoed about half of the album’s material before ever entering the studio, with the remainder coming together while they were there. In addition to the band’s traditional punk-blues garage rock amalgam, ICKY THUMP also featured some heretofore-unheard instruments on a White Stripes album, including trumpet and – of all things – bagpipes.

By the time ICKY THUMP hit stores, The White Stripes were at the height of their popularity, resulting in the LP debuting on the Billboard 200 at #2 and topping the UK Albums chart. It also received considerable critical acclaim, being named #2 on Q Magazine’s Best Albums of 2007 and #17 on Rolling Stone’s Top 50 Albums of 2007, and wound up being nominated for four Grammy Awards, ultimately walking away with two: Best Alternative Album and Best Rock Performance by a Duo or Group with Vocal (for the title track).

Unfortunately, ICKY THUMP was effectively the last hurrah for The White Stripes. The band endeavored to tour behind the LP, but Meg’s battle with anxiety led to the cancellation of many of the planned dates, and although they found it in their hearts to regroup and perform on the final episode of Late Night with Conan O’Brien on February 20, 2009, it turned out to also be the final live performance by The White Stripes.