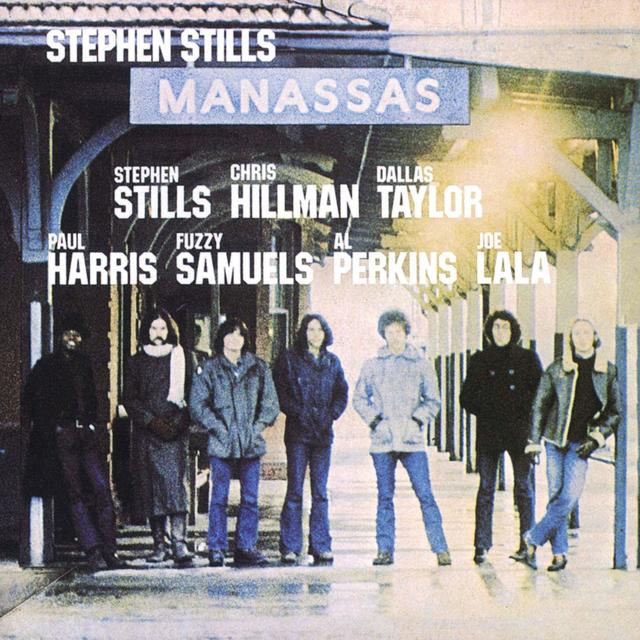 The year was 1971, and Stephen Stills had more music inside his head than he could get out. The endless need to create new music drove him to form Manassas, a veritable super-group that included Byrds alumni Chris Hillman among its members. Setting up shop at Criteria Sound Studios in Miami, with engineers Ron and Howard Albert, sessions were fruitful, to say the least.

"We knew we were on the cutting edge of something," Stills said in 2009 of the band, which included Dallas Taylor (drums), Al Perkins (guitars), Paul Harris (multi-instrumentalist), Calvin "Fuzzy" Samuels (bass) and Joe Lala (percussion). "It took what the Flying Burrito Brothers and all of them were supposed to be, and made it more of a marriage between Rolling Stones rock 'n' roll and country. It widened the tent, if you will."

Crafted over marathon recording sessions that spiraled from hours into days at a time, Manassas' self-titled debut album was released on April 12, 1972. Divided into four parts -- The Raven, The Wilderness, Consider, and Rock & Roll Is Here to Stay -- the wide-ranging double-LP was a hit with fans and critics alike. The LP produced a pair of singles: "It Doesn't Matter," which reached #61 on the Hot 100. "Rock & Roll Crazies" cracked the same chart to get to #92. From the sprawling blues-rock jams to the chilled-out harmonies and genuine backwoods country laments,  Manassas flew out of record stores and stormed the charts to peak at #4 on the Billboard 200 for the week of June 10, 1971. The #1 album in America that week: Jethro Tull with Thick as a Brick.

FUN FACT: Bill Wyman, bassist for the Rolling Stones, plays on Side One (The Raven) and Side Two (The Wilderness) of the album, and is credited as a songwriter on track "The Love Gangster."

Make It a Double: Manassas, MANASSAS
THIS IS THE ARTICLE BOX TEMPLATE