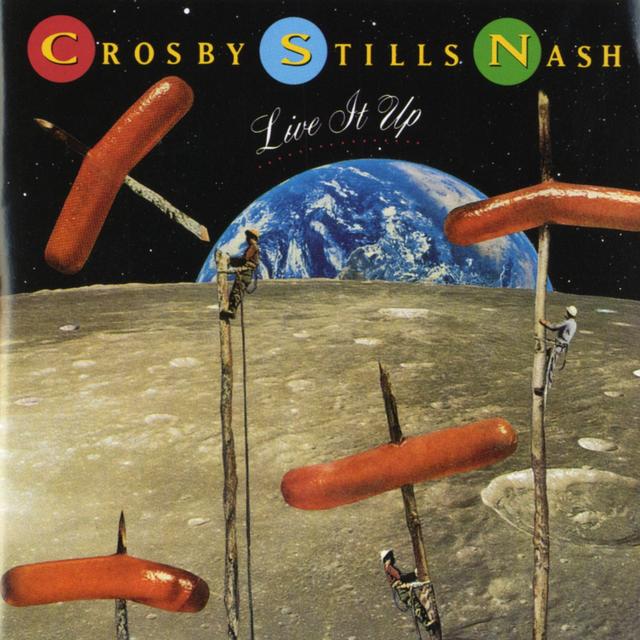 30 years ago this month, Crosby, Stills & Nash released their tenth album, an LP which followed on the heels of the trio’s 1988 reunion album with Neil Young (AMERICAN DREAM) but, alas, failed to secure the same degree of commercial success.

Co-produced by the group with Stanley Johnston and Joe Vitale, LIVE IT UP is one of those albums that came about as much by circumstance as an actual plan. In the wake of releasing AMERICAN DREAM, Stills went off on his own (as did Young, but you probably already figured that), while Crosby and Nash decided to start work on another collaborative album together. At the same time, though, Crosby was also working on his solo album OH YES I CAN. When CSN reunited in Germany to perform at the collapse of the Berlin Wall, it led to Stills joining the sessions, turning the planned Crosby & Nash album into a new CSN album instead.

The majority of the material on LIVE IT UP was recorded at various studios around Los Angeles, and the musicians who participated in the sessions for the album were legion: among the names spotted in the credits are J.D. Southern, Branford Marsalis, Roger McGuinn, Peter Frampton, and Bruce Hornsby, not to mention Vitale, a former Elektra Records recording artist himself. Two of the songs earned a decent amount of Mainstream Rock airplay, with the title track climbing to #7 on that chart and “If Anybody Had a Heart” hitting #44. The album itself, however, produced disappointing sales, topping out at only #57 on the Billboard 200 and failed to even go gold.

But, hey, the good news is that the charts don’t mean much to rock stalwarts like David Crosby, Stephen Stills, and Graham Nash: they were back four years later with AFTER THE STORM. 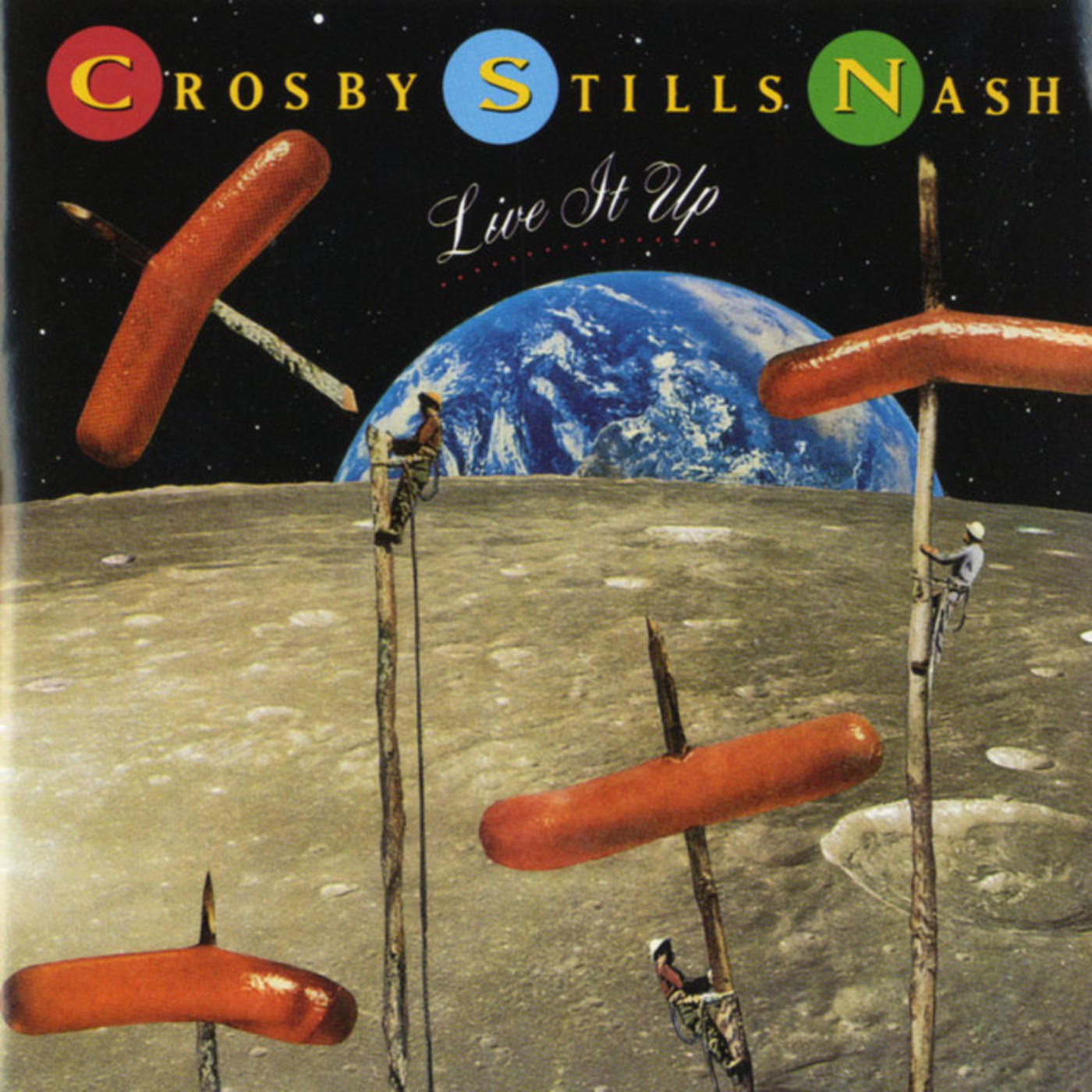 Crosby, Stills & Nash, LIVE IT UP
THIS IS THE NODE PLAYLIST BOX TEMPLATE 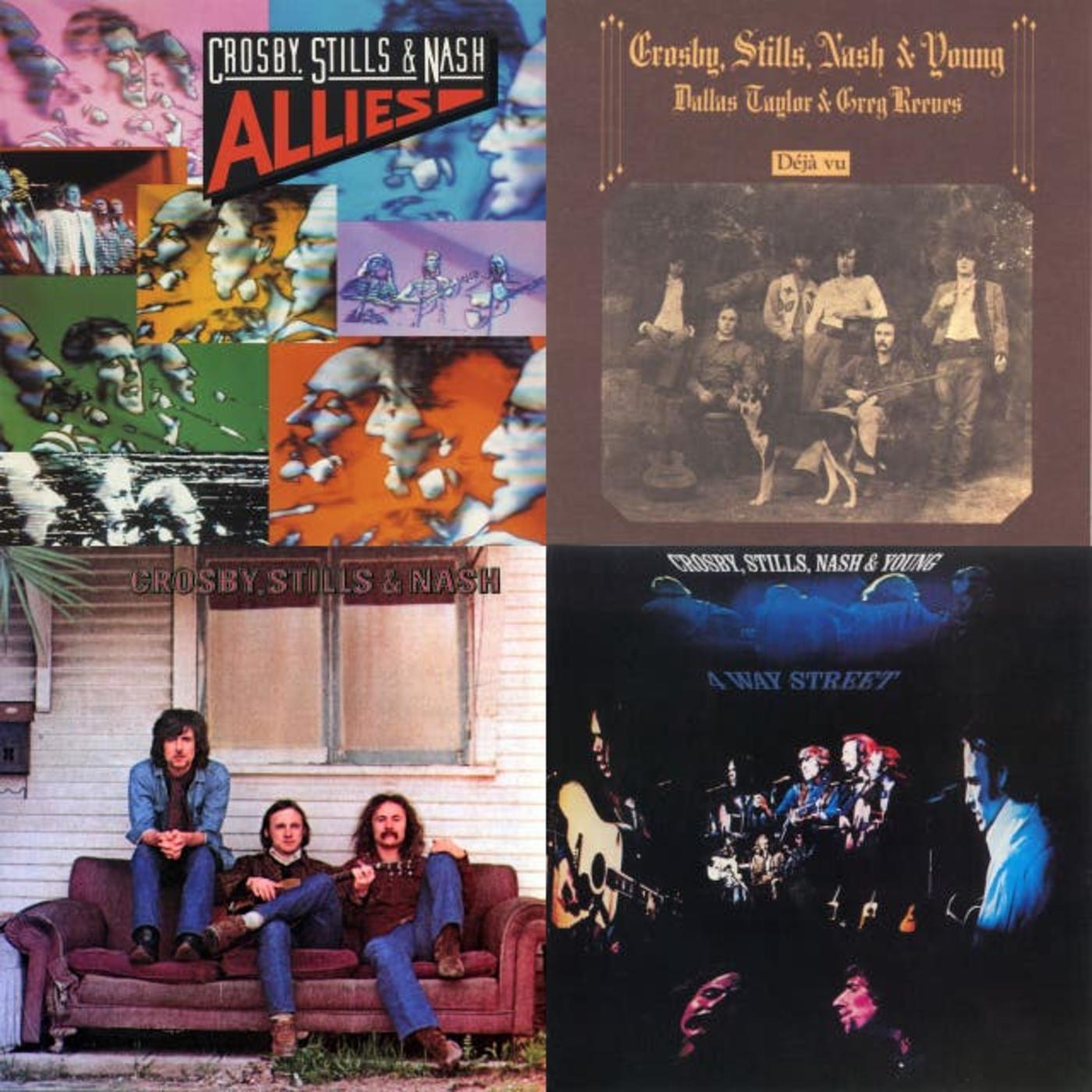