Happy 35th: Bootsy Collins, THE ONE GIVETH, THE COUNT TAKETH AWAY 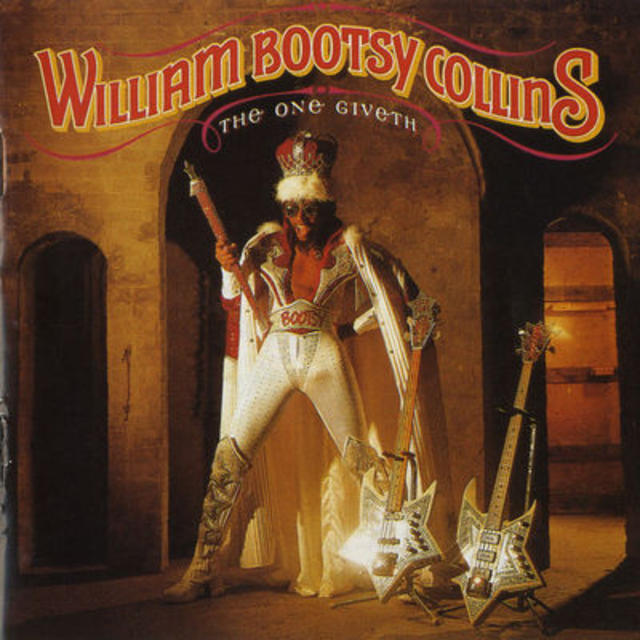 Break out the champagne: it’s been 35 years since Bootsy Collins released the album that would prove to be his final full-length outing for Warner Brothers.

Looking back at that opening line, we should probably clarify – even though we’d like to hope that it’s self-explanatory – that the champagne is to toast the anniversary of the album’s release rather than Collins’ subsequent departure from the label. After all, you can take one look at his outfit on the album cover and know with complete certainty that nobody enjoys saying goodbye to Bootsy. The guy is a one-man party.

THE ONE GIVETH, THE COUNT TAKETH AWAY was the first album to be produced completely – well, mostly – by Collins himself. Yes, we know you spotted that caveat, so allow us to clarify: there’s one song that is a co-production between Collins and his old buddy George Clinton, and that’s the album’s first single, “Shine-O-Myte (Rag Popping). But everything else has, production-wise, been touched by the hand of Bootsy and no one else.

Musically, however, that’s another story: this album is filled with guest stars, among them Phelps Collins, Mallia Franklin, Godmoma, Maceo Parker, and Fred Wesley, all of whom – like Collins – have a connection to the P-Funk family. There’s also some backing-vocal work from Midnight Star, a group probably best known for their hit single “Operator.”

Unfortunately, “Shine-O-Myte” failed to set the charts on fire, and the album’s second single, “Take-A-Lickin’ and Keep on Kickin’” met with a similar reception, which may have had something to do with Collins’ departure from Warner Brothers. Thankfully, however, he kept his head high and went on to collaborate with Jerry Harrison of Talking Heads on the 1984 single “Five Minutes,” and a few years later Bootsy’s profile was kicked up several notches by his appearance on the Deee-Lite single “Groove Is in the Heart.”

If you’ve never heard THE ONE GIVETH, THE COUNT TAKETH AWAY, now’s the time to remedy that. Just be sure your funk levels aren’t too high before you hit “play,” because this album could well send you into a funk overdose, and nobody wants that. 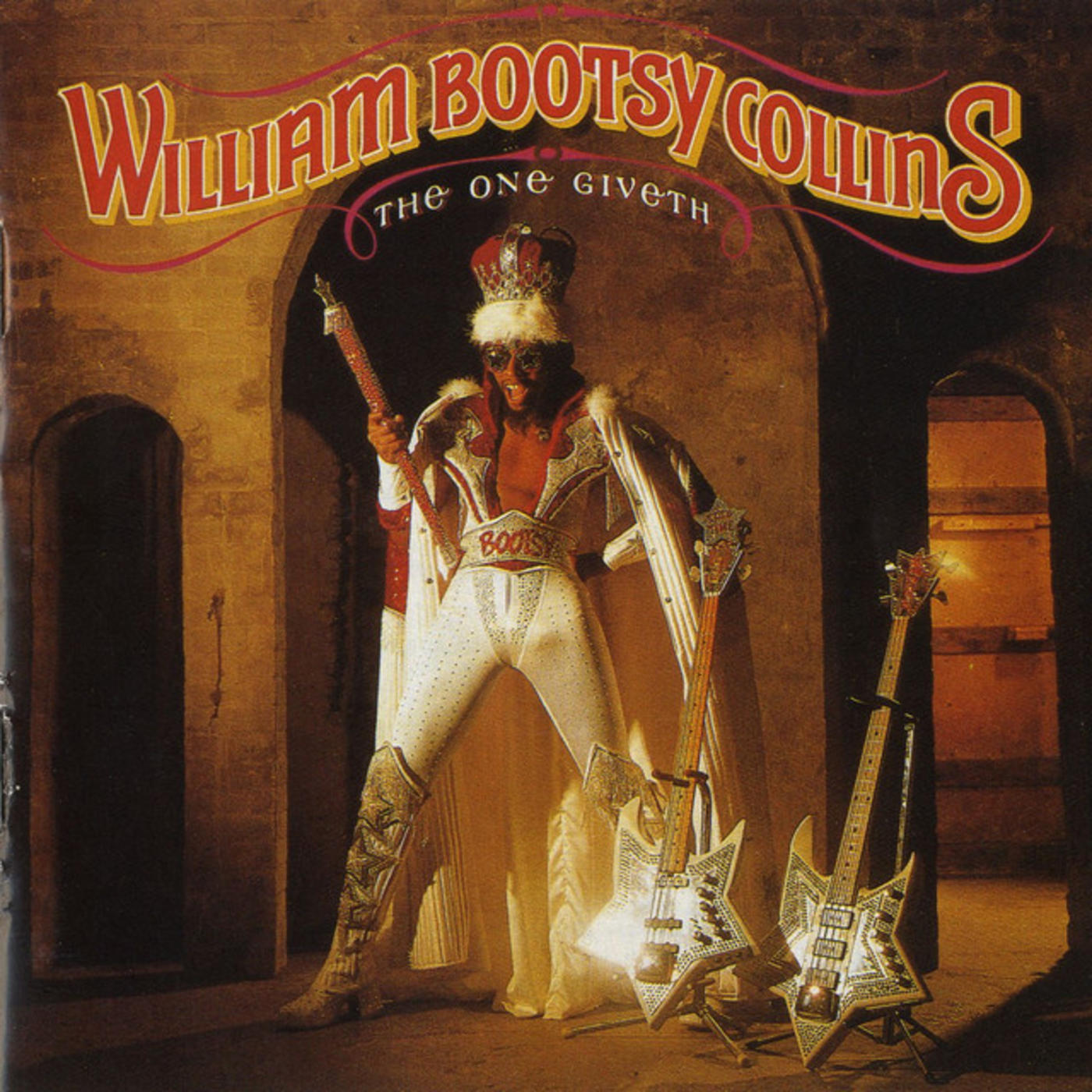 The One Giveth, The Count Taketh Away (Remastered Version)
Bootsy Collins
THIS IS THE NODE PLAYLIST BOX TEMPLATE