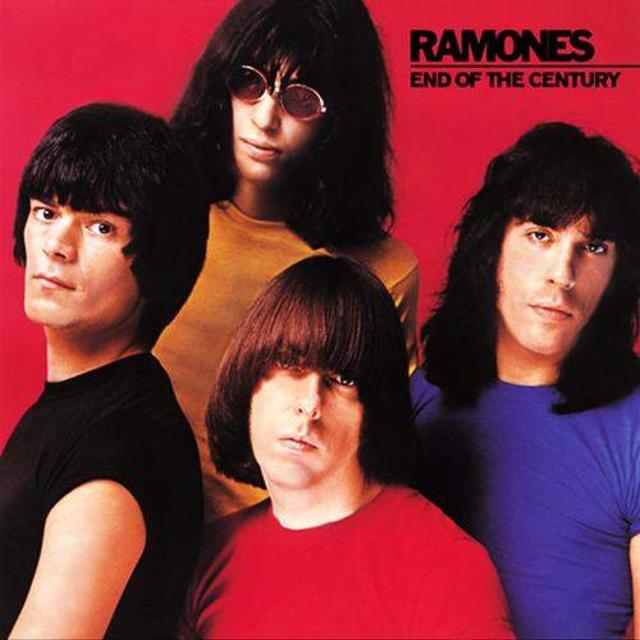 35 years ago today, an album was released which found one of the most popular punk bands in America joining forces with one of the most famous producers of all time to create a catchy concoction that rocked hard while still delivering some insidiously memorable hooks.

The idea of Phil Spector producing the Ramones might seem crazy on the surface – because let’s face it, a lot of things about Phil Spector seem crazy on the surface – but given the band’s admitted and oft-displayed love of ‘60s pop, it actually makes a lot of sense. In fact, Spector had reached out to the band earlier, offering to help with Rocket to Russia, but they took a pass at the time because they felt like it would change things up too much. Looking back, they were probably right, because Spector’s presence in the studio certainly changed things considerably.

End of the Century was already destined to be somewhat of a transitional record for the Ramones, being the first one without Tommy participating in any capacity (he’d already left the band as a member by the time he produced 1978’s Road to Ruin), but Spector took the band’s punk tunes and played up their pop elements, and thanks to his well-established tendency toward embracing the art of the overdub, the end result was a far glossier affair than anything the band had released up to that point.

The album kicked off with an instant classic that was the perfect meshing of the Ramones’ music with Spector’s Wall of Sound – “Do You Remember Rock ‘n’ Roll Radio?” – and later in the proceedings you get a similarly solid combo with “Rock ‘n’ Roll High School.” Lest we forget the album’s other “Rock” song, Dee Dee Ramone collaborated with fellow New York punk icon Richard Hell to deliver “Chinese Rock,” and just to underline the collaboration that was driving the album, the Ramones also tackled one of Spector’s own compositions: “Baby, I Love You,” which was co-written with Jeff Barry and Ellie Greenwich and originally recorded by the Ronettes.

The album may have turned out well, but it was apparently a long, hard road to get there, and it was an expensive one, too, costing $200,000 to record and produce. (Compare this figure to the expense of their debut album, which only cost $6,400.) Spector lived up to his reputation both as a perfectionist and as an eccentric, at one point reportedly holding the band hostage at gunpoint, and Dee Dee claimed at one point that he left without ever recording anything, but his other bandmates seem to indicate otherwise, so perhaps he was just being overly dramatic. Either way, though, it’s clear that putting together End of the Century was no walk in the park, even if it is pretty great.