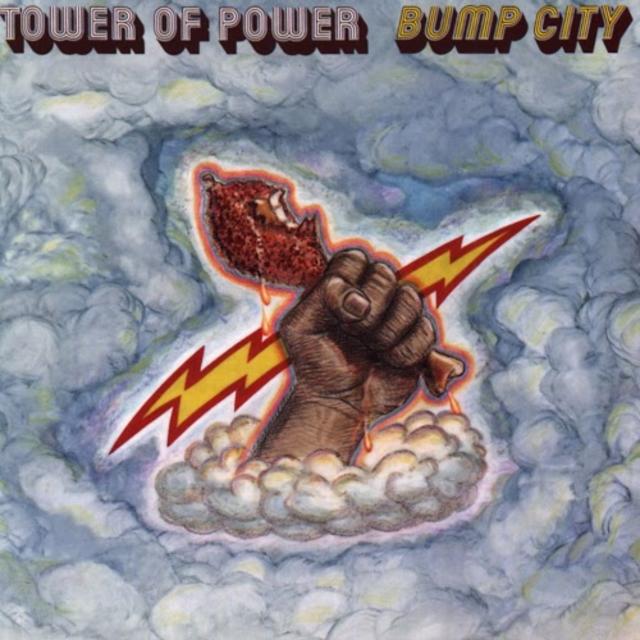 45 years ago this year, the horn-driven dynamos known as Tower of Power released their second full-length album, an effort which put singer Rick Stevens in the spotlight from start to finish.

When Tower of Power released their debut album, East Bay Grease, in 1970, the gentleman fronting the band for five of the LP’s six tracks wasn’t Stevens, it was a fellow by the name of Rufus Miller, who – after spending a lot of years flying under the radar – has been working with Sting in recent years. Stevens, who joined the band in 1969, wasn’t completely absent from that first album: he took lead vocals on that sixth track, “Sparkling in the Sand.”

With Miller’s departure, however, Stevens became the band’s one and only frontman for the BUMP CITY sessions, which meant that it was he who listeners were hearing on the album’s singles, “You’re Still a Young Man” and “Down to the Nightclub,” which reached #29 and #66 on the Billboard Hot 100, respectively.

As if scoring two Hot 100 hits wasn’t impressive enough for Tower of Power, who hadn’t really found much in the way of commercial success with their debut album or its singles, BUMP CITY also proved to be the band’s debut on the Billboard 200, hitting #85. When they released their self-titled follow-up the following year, it would prove to be an even bigger hit, but Stevens wouldn’t be around to enjoy the band’s good fortune: he’d left the band to pursue musical endeavors of his own making. He still made his mark, however, which you can reconfirm anytime you give BUMP CITY a spin.

More on Tower Of Power

Dr. Rhino's Picks #108
THIS IS THE ARTICLE BOX TEMPLATE