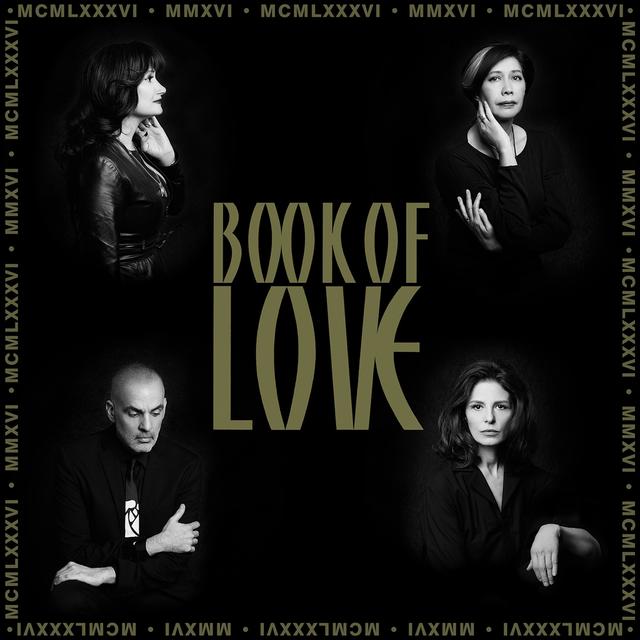 33 years ago today, Book of Love released their second single, providing them not only with a top-10 hit on the Billboard Hot Dance Club Play chart but – more than a few years down the line – the title of their eventual best-of collection.

Written by Theodore Ottaviano (but you can call him Ted), “I Touch Roses” followed in the footsteps of Book of Love’s previous single, “Boy,” but like that iconic track, it was just another instance of Sire Records enjoying the successful fruits of their labors on a song-by-song basis without the label offering any interest in putting out a full-length album by the group...or at least that’s how things were when the single was originally released, anyway.

“We always say that ‘Boy’ got signed, not Book of Love,” Ottaviano told Rhino in 2016. “But it performed, so we got a second single, and that was ‘I Touch Roses,’ which was – in a weird way – maybe a little less poppy than ‘Boy’ but had its own vibe to it. We loved ‘I Touch Roses,’ so we felt like that was the next obvious follow-up, just a foregone conclusion. But the initial reaction when it came out was almost… Well, it was slightly underwhelming. So we didn’t really know what was going to happen. But what was weird was that the song took longer to heat up, but it ultimately outreached ‘Boy’ on the charts! And at that point we were finally asked to do a full long-player for them, so we went back in the studio and recorded throughout the entire fall and into early winter, and then that album came out in the spring of ’86.”

And with that self-titled album came another couple of dance hits – “You May Me Feel So Good” and “Modigliani (Lost in Your Eyes)” – as well as the opportunity to record another album for Sire Records, and the rest is synth-pop history.

More on Book Of Love

Interview: Ted Ottaviano from Book of Love
THIS IS THE ARTICLE BOX TEMPLATE